Photographs by Dmitri Kasterine will be on display for the first time in the United Kingdom at the National Portrait Gallery. Since the early 1960s Kasterine has photographed some of the most eminent cultural figures of the twentieth century. In September, twenty newly-acquired photographs, including studies of Samuel Beckett, Francis Bacon, Stanley Kubrick and David Hockney, will be shown here for the first time.

One of Kasterine's most famous sittings was with Samuel Beckett in 1965 at a rehearsal for Beginning to End. This remarkable portrait of Beckett was one of the twenty photographs acquired by the National Portrait Gallery in 2009 and is included in this display. Other important photographs on display will include Kasterine's portrait of the late Dame Beryl Bainbridge (1972), David Hockney (1974) photographed in Paris at the time of his major exhibition at the Louvre, and his frequently reproduced double portrait of Kingsley and Martin Amis (1975), most recently published in Martin Amis's autobiography Experience: A Memoir. Later photographs include Roald Dahl (1976), Francis Bacon (1978), David Niven (1979), and portraits taken on location of Robert Graves at home in Majorca (1980), Lawrence Durrell at home in Provence (1976), and Dame Muriel Spark (1978) outside her Tuscan farm house.

The son of a White Russian army officer and his British wife, Dmitri Kasterine was born in London in 1932.Following early careers as a wine salesman, Lloyd's broker, racing driver and pilot, Kasterine's photographic career began in 1961 when his work began appearing in the leading publications of the time, including Queen magazine. He began a long association with film director Stanley Kubrick in 1964, when he began shooting stills on his film Dr Strangelove and later era-defining projects, A Clockwork Orange (1968) and 2001: A Space Odyssey (1971). In the 1970s and 1980s Kasterine was commissioned to take portraits for magazines including the Daily Telegraph Magazine, Harpers & Queen and a variety of his work was published in The Times, Vogue, Vanity Fair, Interview, and The New York Times. In 1986, he left Britain to move to the United States. In addition to his professional career, Kasterine has produced important personal photographic surveys including England and the English (1981). Kasterine is currently working on a book documenting the residents of Newburgh, New York; his series of portraits of Brooklyn residents are published on-line at www.kasterine.com. A selection of his portraits are also in the collection of the National Portrait Gallery, Smithsonian Institution, USA. 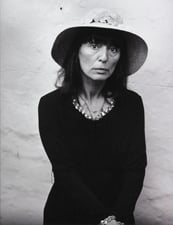 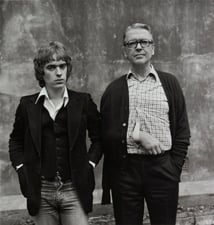 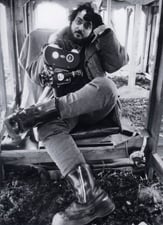