The Tudors: Passion, Power and Politics 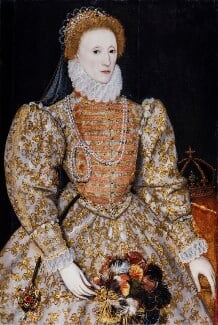 The Tudors: Passion, Power and Politics presents the five Tudor monarchs, Henry VII, Henry VIII, Edward VI, Mary I and Elizabeth I, some of the most familiar figures from English history and instantly recognisable in the portraits that have preserved their likenesses for five hundred years. The dynasty’s reign over sixteenth-century England, from 1485 to 1603, encompassed the tumultuous years of the Reformation; a literary renaissance; conflict with Scotland, France and Spain and conquest and colonisation in Ireland and America.

The cast of characters will be introduced in the exhibition at The Holburne Museum in Bath, encompassing some of the most famous portraits in the National Portrait Gallery Collection. Portraits on display will include the Tudor monarchs, alongside their counsellors and courtiers, Thomas More, Thomas Cromwell, Robert Dudley, William Cecil and Francis Walsingham.

Some of the works included in the exhibition have never been shown outside of London, including a portrait of Jane Seymour, after Hans Holbein the Younger and the highly unusual Sir Henry Unton portrait.