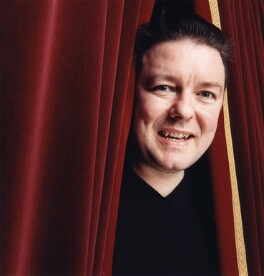 Focusing on Photographs from the National Portrait Gallery

Ricky Gervais, John Peel and David Bowie are among the stars on show in Exposure the latest blockbuster exhibition at the Laing Art Gallery. Contemporary figures who have challenged convention, including people from the North East, will be shown in this exciting exploration of British popular culture.

The photographs have been especially selected from the National Portrait Gallery's collection and include stars of sport, screen and stage. Famous figures with connections to the North East include the journalist Kate Adie and the Olympic athlete Dame Tanni Grey-Thompson.

Ideas about achievement and celebrity are explored revealing how those who break the rules can become pillars of the establishment. The notion of challenging convention is explored in its broadest sense through a competition inviting the public to nominate themselves in this category. The unsung heroes of the North East will then be celebrated alongside more famous figures.