Loans to the National Gallery

As part of our programme of activity to share the Collection while we are closed for our re-development project, a series of works are being displayed at the National Gallery. Works include the Gallery’s famous lifesize preparatory drawing of Henry VIII and Henry VII by Hans Holbein the Younger, known as the ‘Whitehall Cartoon’, which is now on display for the first time in over 20 years next to Holbein’s enigmatic double portrait The Ambassadors in Gallery 12.

To commemorate the strength and triumphs of the Tudor dynasty, Henry VIII commissioned from Holbein a wall-painting for Whitehall Palace; this was completed in 1537. The immediate impetus for the commission may have been the birth or the expectation of the birth of Henry's son Edward, later Edward VI, in October 1537. The mural may have been in Henry's Privy Chamber and therefore have had a select, restricted audience rather than being an image of wider propaganda. This very large drawing is the preparatory drawing or cartoon for the left-hand section of that wall-painting, and shows Henry with his father Henry VII, the founder of the dynasty. The right-hand section showed Henry VIII's third wife Jane Seymour (1509?-37) and his mother Elizabeth of York (1465-1503). Holbein's painting was destroyed in the Whitehall Palace fire of 1698, and the cartoon for the right-hand side section is lost. The appearance of the whole painting is however recorded in a mid-seventeenth century copy by Remegius van Leemput in the Royal Collection. 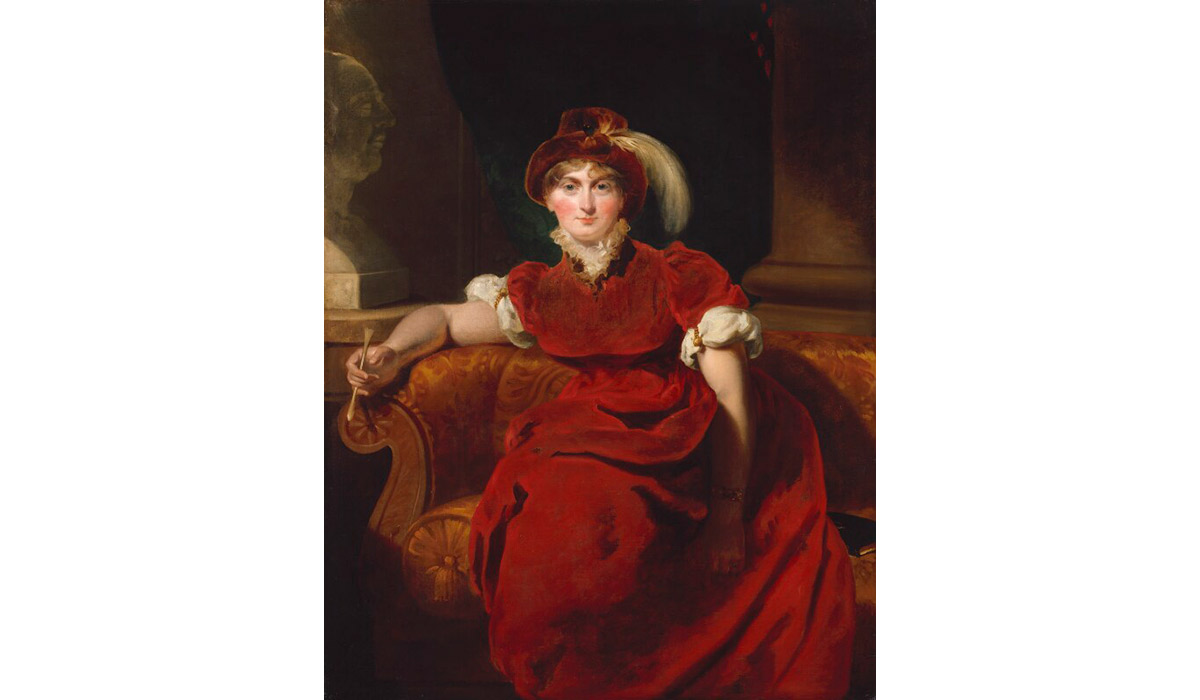 This portrait of Caroline of Brunswick was painted after her separation from the Prince of Wales. Thomas Lawrence - rumoured to be among her lovers - depicts her here in defiant mood, her left hand and wedding ring deep in shadow. Her dress is of striking red velvet. Its ruff of fine muslin and 'rolled-up' sleeves, secured with gold braid, illustrate the popularity of the Renaissance as an influence on female court costume at this time. A tight whaleboned corset worn underneath this gown accentuates Caroline's figure. Her matching hat is trimmed with bird-of-paradise feathers and she is heavily rouged. Court fashions were often rather removed from those of the world outside; the outdated hooped dresses of the 1740s, for example, were still worn until around 1820.

This self-portrait was painted when Gwen John was at the beginning of her artistic career. She had followed her brother Augustus to the Slade School of Art in London, where she studied from 1895 to 1898, winning a prize for figure composition. On leaving she worked briefly in Paris with Whistler and returned to London in 1899, where she began to exhibit her work and where this portrait appears to have been painted. It is one of two self-portraits from this period: the other is in the Tate Gallery, and presents a somewhat wistful characterisation of the artist, whereas here the jutting hand on hip and a stance which seems deliberately to burst the bounds of the picture frame, allied to an expression of watchful superiority, indicate a much more confident view of herself. 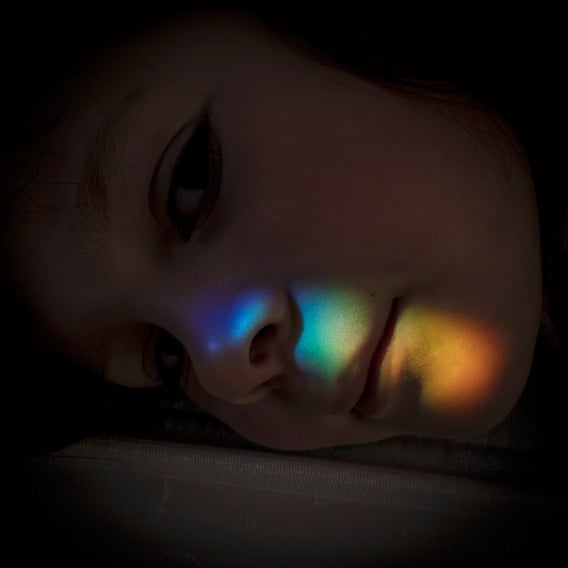 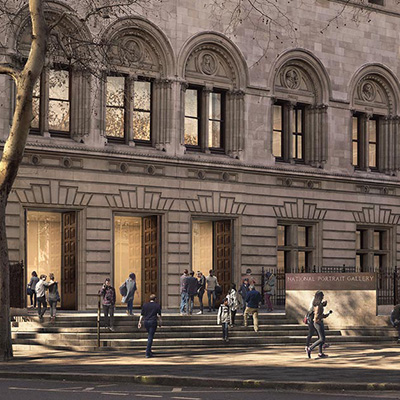