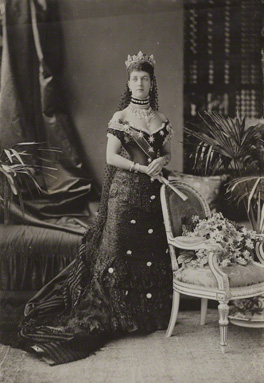 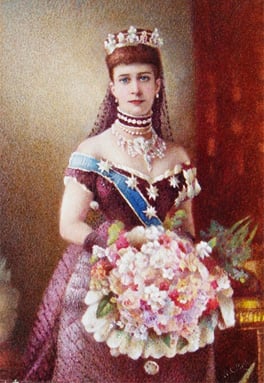 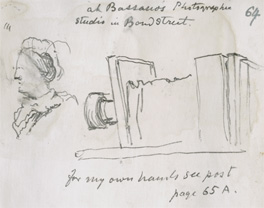 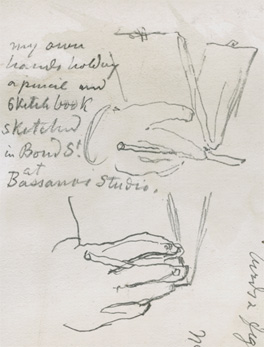 Thanks Peter. If you do come across anything, it would be great to hear!

Thanks Constantia; once again, you are awesome! :) As Kirk was just a middling historical figure, the name or names of the actual photographers may forever be lost in the mists of history. (But being prevented from accidentally attributing photographs to a dead man is a huge bullet-dodger!) That said, it's possible a name or two may appear in one of Kirk's journals, the RSU minutes, or a newspaper report of the time. I'll keep my vigilant little eyes open and promise to share anything I find that may be of value to you. Thanks again! :)

Alexander Bassano did have one son, Clement, and he is also listed in the 1891 England census as a ‘Photographic Artist’. However, Clement died before his father in 1899, and therefore could not continue the family business.

Various sources provide us with the names of a few individual photographic operators and managers who worked for the studio after Alexander Bassano retired from the business: West Fenton de Wend Fenton (1881-1920) was studio manager in around 1902. ‘John Croal, Operator’ appears as the author on the copyright forms registered at the Public Record Office for the studio’s portraits of Lord Kitchener in 1911. A number of our photographic prints from 1919-1923 identify the photographer as H.R. Wicks, while others from 1939 are known to be the work of Harry Hammond (1920-2009). Hammond joined the studio in 1938 and worked there briefly as an operator before becoming a renowned pop photographer. Meanwhile, Leslie Sansom’s article about the studio ‘One Hundred Years of Portraiture’, published in the ‘British Journal of Photography’ (14 May 1965), mentions J.R. Walmsley and B.S. Taylor as the directors of the business at the time of writing, Arthur Lewis as a former apprentice to Alexander Bassano himself and Norman May as a Bassano operator Lewis learnt from.

Unfortunately, we do not have more complete staff information, and so in almost all cases, we can only attribute the photographs to the studio’s name. The name did change throughout the studio’s history, but ‘Bassano Ltd’ is the name the studio was known as from 1891 until 1962 when it incorporated Elliott & Fry and partnered with the Vandyk studio, so this attribution would apply to the Kirk sittings.

Of course, if any other researchers or members of the public know anything more of past staff members of the Bassano studio, then we would love to learn more.

I am sorry you will miss the display, but we have images and text if you are interested.

I'm still plugging away on the book and I have a question for you relating to the photographs of Sir John Kirk (the philanthropist; not the adventurer).

Both Kirk sittings are credited to Bassano. The first sitting was in 1911; and the second was in 1920. Both sittings occurred after Bassano had retired (and the second one a full seven years after he passed away.) Did Bassano have a son that carried on his father's work? Is there any way of tracking down the photographer? And for the sake of crediting the proper information on my part, can I still credit Bassano as the photographer? Or should I credit "Bassano Limited"?

Disappointed I'll be missing the display. You have to promise me even better ones when I finally move back next year. :)

Constantia Nicolaides replies to Edwardian Photo researcher Bassano’s photographs were often reproduced in the illustrated press, and through this exposure they gained longevity and did become iconic. We also have examples in our archives of poses from the 1881 sitting with Queen Alexandra being reproduced in the ‘Supplement to The Graphic’ on 22 December 1883 and decades later in ‘The Gentlewoman Supplement’ on 28 November 1925. This repeated appearance is found with other portraits by Bassano too, notably those of Queen Victoria. Bassano himself highlighted the extent to which his portraits had become known and used as he proudly stated in an article in ‘The Sketch’ (3 July 1901): ‘Many of my photographs have been used by world-famed artists as bases for portraits which are now of priceless value, notably those of von Angeli and Benjamin-Constant, whose remarkable picture, which was, by his own acknowledgement, inspired by and based upon a photograph of mine of the late Queen’. Meanwhile, we also have an image in our archives of a china plaque produced for Queen Victoria’s Golden Jubilee in 1887 that used one of Bassano’s photographs of the Queen, so you can also see how his photographs penetrated varying ends of the spectrum of visual culture.

Have just come across a full page reproduction of Alexander Bassano's 1881 portrait oif Queen Alexandra that you include in your blog in a special supplement to The Sphere on February 2 1901 . It seems strange that they chose this twenty year old image (albeit very striking and festooned in jewels) of her to announce the new reign of Edward V11 after the death of Queen Victoria. Did this often happen to Bassano's portraits? or was it because Bassano's images were thought iconic.