Behind the scenes of Jem Belcher's Living Portrait

November 2021 sees the launch of the first in a series of “Living Portraits”. These short films enable the subjects of historical paintings to reveal themselves through real-time motion capture and storytelling. Developed by Athena Art Foundation, Colnaghi Foundation and immersive storytellers Megaverse, in association with the National Portrait Gallery, the project enables historical characters to tell their stories in a unique and authentic way.

The first experience allows you to hear directly from 19th century bareknuckle boxer and butcher Jem Belcher, whose portrait forms part of the Gallery's Collection. You can hear from Belcher in a monologue written by Edem Kelman, a young writer and director whose recent short film Princess was longlisted Best Short Film at BIFA 2020, and Belcher’s voiced by an actor from the National Youth Theatre. You can watch the experience here.

Here, Ben Carlin and John Ingle from Megaverse talk us through the process of bringing this portrait to life.

“The first step was to work with the Gallery and Athena Art Foundation to select a portrait which has a rich, but possibly not widely-known, backstory. This image of James 'Jem' Belcher really spoke to us as providing a unique voice. He came from a working class background, labouring in the butchers trade before finding his true flair as a boxer and at the age of just 19 had defeated champion boxers to mark himself as one of the most admired prizefighters of the time. He was clearly a character, known for his eccentric boxing style which involved telling jokes to his opponents at the bloodiest moments of combat. 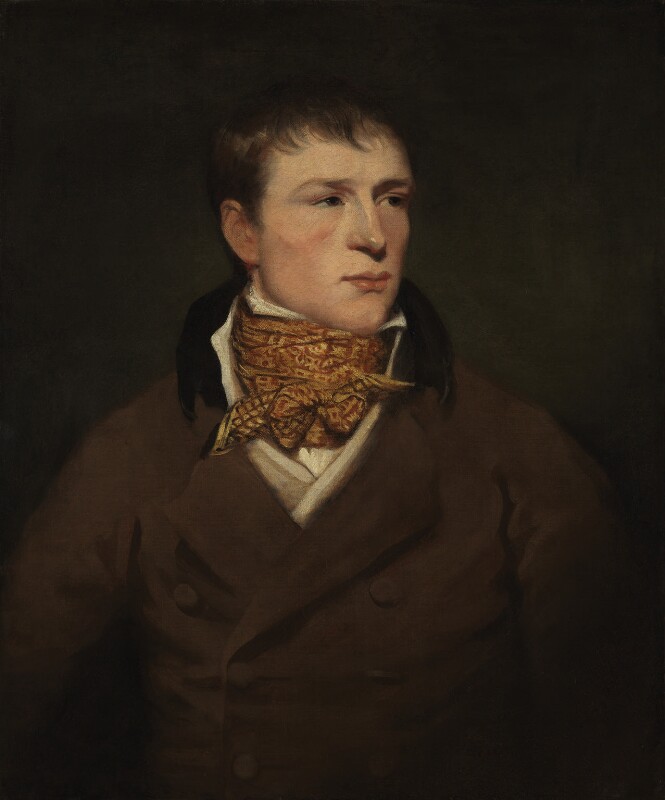 Once we had the image, the process of animating it began by using a high resolution scan of the painting and sculpting a base mesh 3D model to match the likeness of the character until they aligned. We wanted the experience to match the portrait as much as possible, and so retaining its details and textures was crucial. 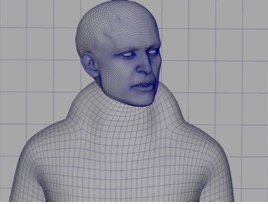 We then projected the colour information we had about the painting onto the model. As there were areas, such as details from inside the mouth and also Belcher's hands, that couldn't be seen in the original painting, we added these in. We started by using the same style of paint on the character and then added texture and cracked paint to the surface so it blended with the original.

The painting was split into two layers, allowing the 3D character to sit outside of his background, to allow for greater movement. 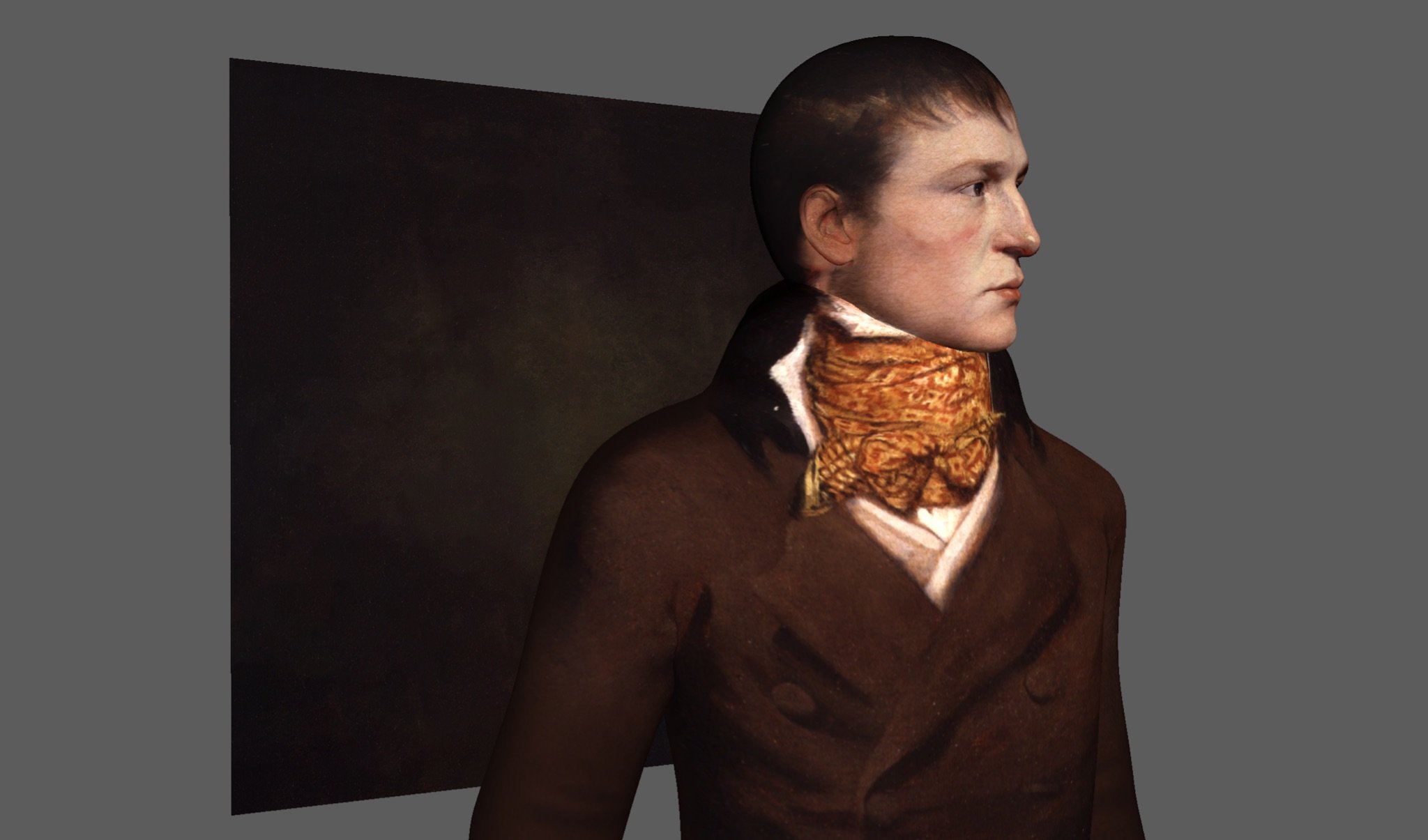 The character and background as separate layers © Megaverse

To bring the character to life we had to create a digital puppet attached to the 3D model which is referred to as ‘rigging’ the character. The actor would then use motion capture to puppeteer the character. 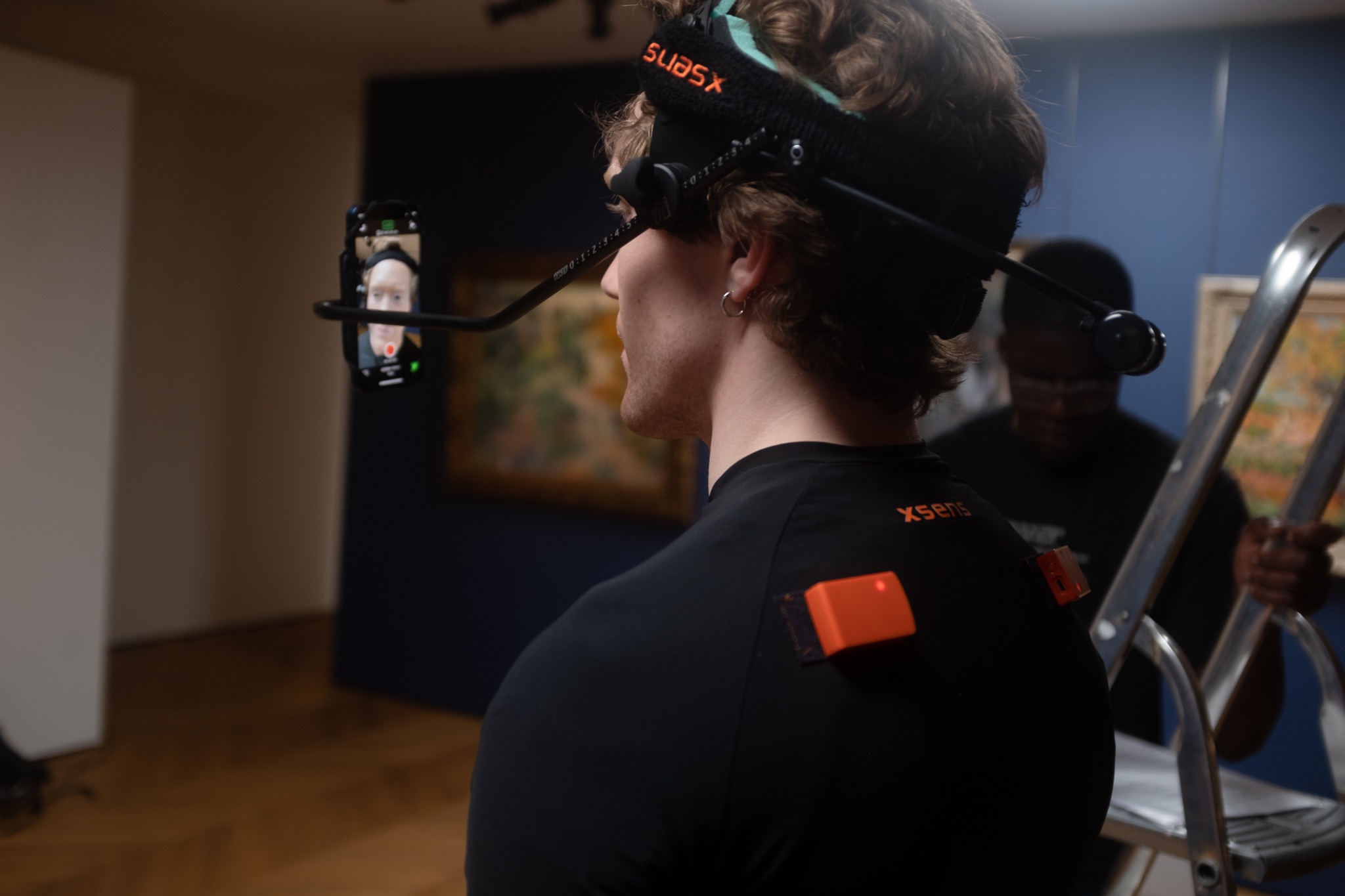 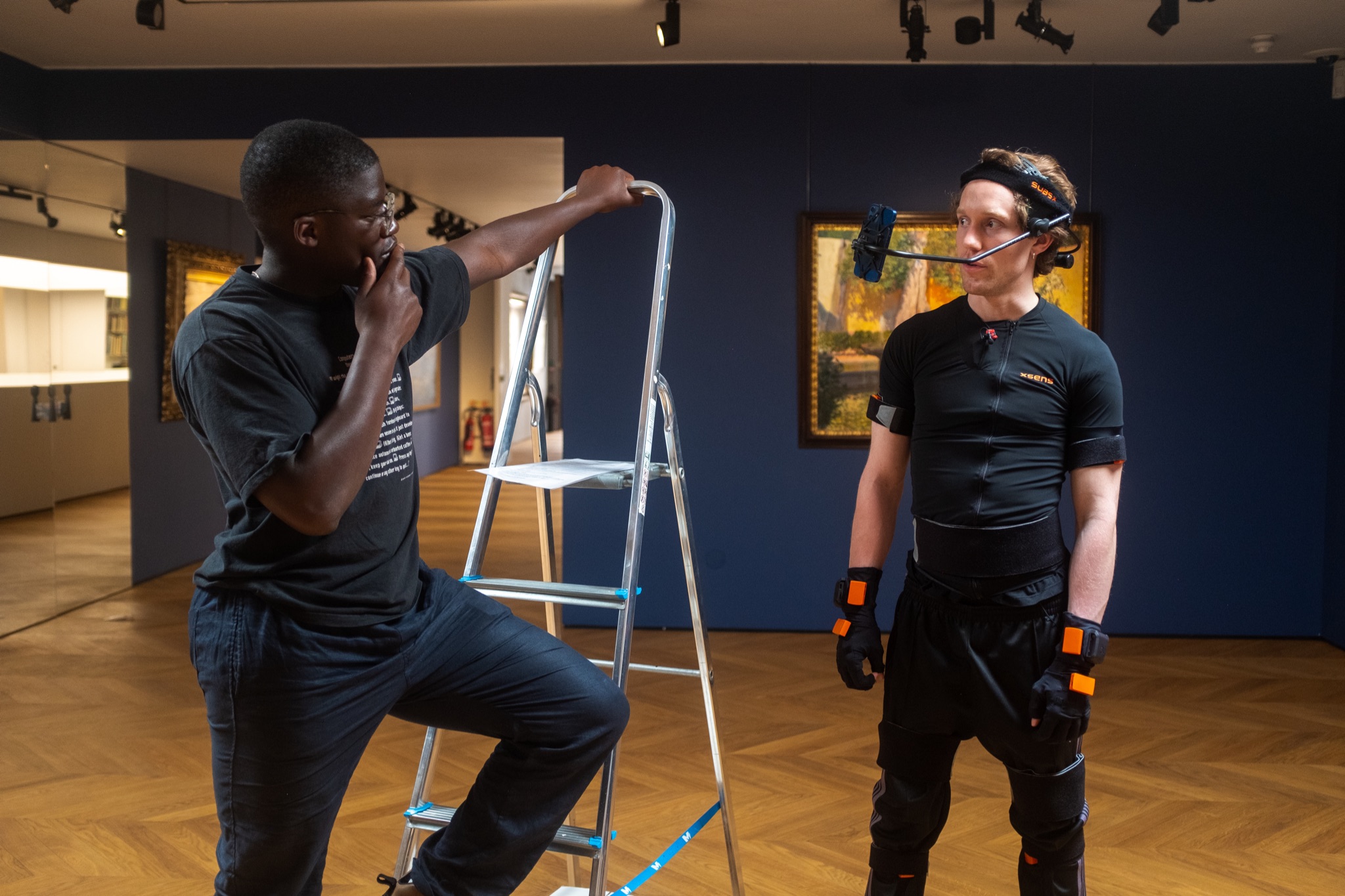 The face alone is made up of 52 unique expressions referred to as blend shapes and the actor puppeteered the face using a front facing augmented reality camera on a smartphone.

The finished result was all composited together with colour correction and motion blur to bed the character into the background.” 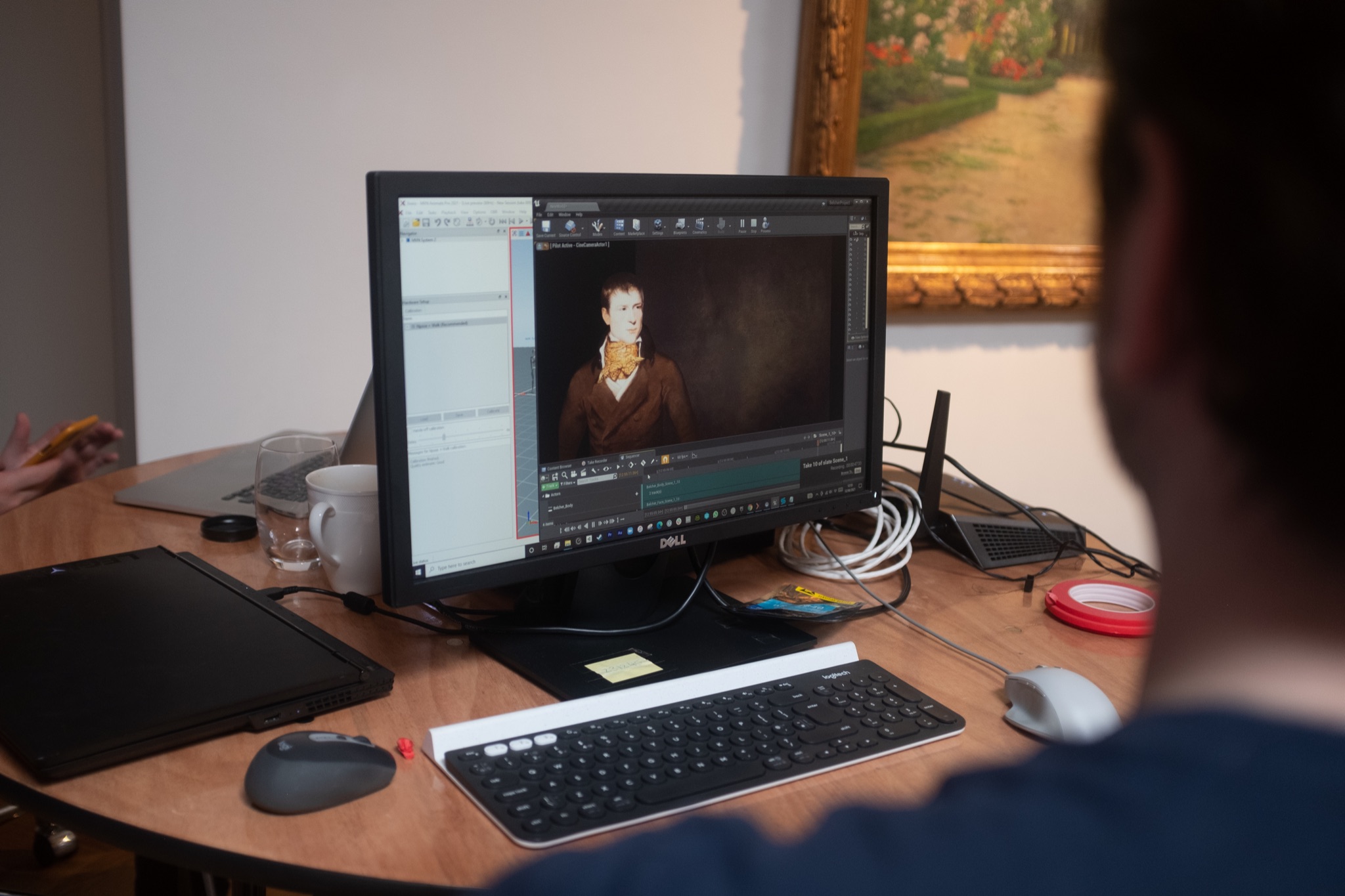 Putting in the final touches © Megaverse

This film is the first in the “Living Portraits” series, and we’re excited to see how audiences react to this film and the different way it enables us to engage with portraiture. Keep up-to-date with this series by following us on Instagram.

Absolutely wonderful though it would have been nice to have seen him full face so he was talking directly to us. Can't wait for more. Do Emily Bronte next.