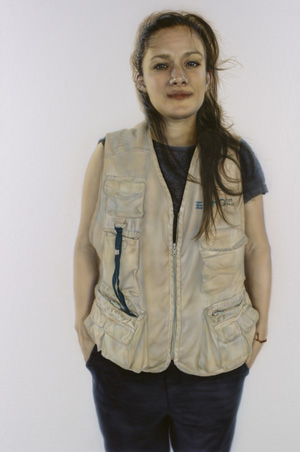 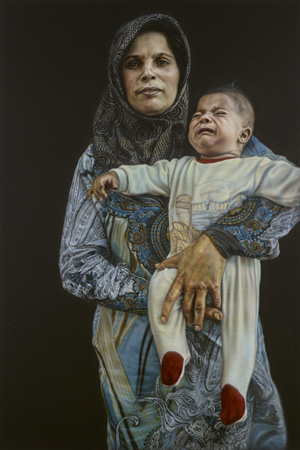 The BP Travel Award is a given to an artist to enable them to experience working in a different environment on a project related to portraiture. The BP Travel Award 2016 was won by Lithuanian artist Laura Guoke for her proposal to travel to refugee camps in Ritsona, Greece. Richard McLure speaks to Guoke about the project and how she documented the faces and stories behind the statistics.

Since the first shots of the Syrian civil war were fired six years ago, more than half the country’s population – around eleven million people – has been forcibly displaced, with five million fleeing to other countries.

‘I am more and more convinced that the works created by artists should encourage people to understand, to sympathise, to admire and to wonder what could be done by each of us,’ says Guoke. ‘The situation of the Syrian refugees should be considered by everybody. Circumstances could change one day and any one of us could be compelled to live in a tent with no water or chance to escape.’

Born in Kaunas, Lithuania’s second largest city, Guoke graduated with a BA in Fine Arts from Vilnius Academy of Arts and an MA from Šiauliai University. Her work has been seen in group exhibitions in London, New York and Vienna and in several solo exhibitions in Lithuania, Latvia and Estonia. For the BP Travel Award, Guoke stayed and worked at the Ritsona refugee camp in Greece for two weeks in September 2016, helping out at the food distribution centre while also producing a number of sketches and laying the groundwork for her two large-scale portraits. 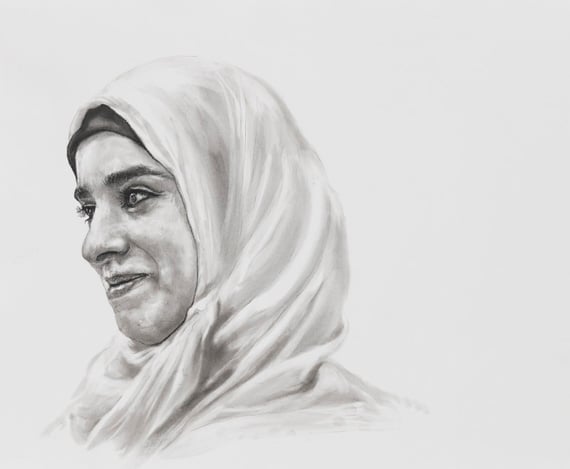 ‘I didn’t think it would be right just to go there to carry out my artistic project; I wanted to be helpful,’ she explains. ‘Meal vouchers are given to each tent in the camp and the food is distributed three times per day, with volunteers working in shifts.’

The camp is situated on an abandoned military base an hour north of Athens and has around 900 residents, 400 of whom are children. The population is roughly two-thirds Syrian, with the remaining third made up of Kurds, Iraqis and Afghans.

Ritsona is one of dozens of camps throughout Greece administered by the government and aid agencies and was set up when Europe closed its borders in March 2016, resulting in the country becoming a vast holding pen to around 50,000 refugees. At the time of Guoke’s visit, Ritsona was designated a ‘red camp’ by the United Nations due to inadequate toilets, showers, electricity and medical care. 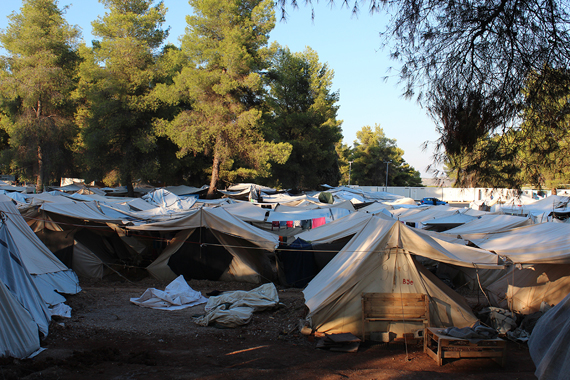 ‘The camp is located in the middle of nowhere, surrounded by empty fields, olive trees and derelict factories,’ says Guoke. ‘The first impression is of children everywhere. The residents come from all backgrounds – I even met singers and musicians – and you soon perceive their pain. They show you the photographs of their homes that have been destroyed in Syria – the photographs of the life they used to have before the war.’

After explaining to residents the purpose of her visit, Guoke made dozens of sketches of people she met in the camp. She eventually selected her two main subjects: Rima, a Syrian mother-of-five, whom she pictured with her baby son Ahmed; and Monica, a Swiss volunteer.

Rima had arrived in Greece with her husband Mohammed and their children after escaping Aleppo and had been living in Ritsona for several months. Ahmed, their fifth son, had been born in Athens during their 1400-mile journey to safety. By contrast, Monica was volunteering at the camp for a second time, having put aside her studies in business administration. ‘Our society should be proud of these volunteers, who have come from all over the world to carry out difficult work for free,’ says Guoke. ‘This is why I created a portrait of a volunteer. Monica is one out of many ordinary men and women who have acted selflessly to provide aid for others.’

After drawing both sitters several times and taking photographs to use as supporting material, Guoke made the portraits back at her studio in Pavartyčiai, choosing to picture Rima against a black background and Monica on a white canvas as a means of representing their contrasting circumstances. ‘The black canvas illustrates the darkness surrounding the refugee’s life – the dark from which they wish to escape. In the portrait of Monica, the background is left white to represent the world to which the refugees seek to belong.’

Since leaving the camp, Guoke has kept in touch with both women. Rima and her family are currently living in Athens and remain hopeful of being resettled in Ireland, while Monica is about to embark on her third spell of volunteering at Ritsona. ‘Working at the camp has been a very intense experience for Monica. After her second time, she felt much more connected with the people and didn’t want to leave. She saw the success that a group of people can achieve together.’

‘With the closure of the borders, many Syrian people have stayed in the dark and will never reach the light. We will never know their life stories,’ says Guoke. ‘With my pieces of art, I have attempted to reveal the trauma, exile, hopes and fortitude that have marked the lives of the refugees. I hope I have been able to convey very personal themes in my portraits that may otherwise be difficult to put into words.’ 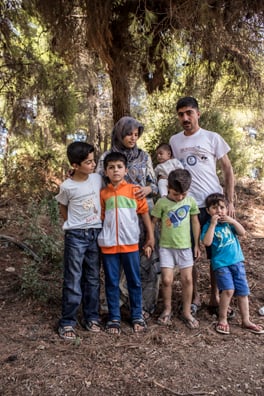 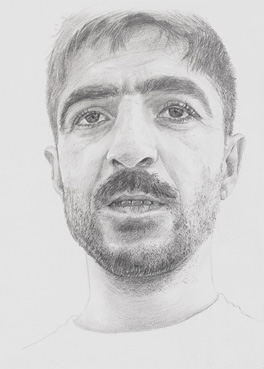 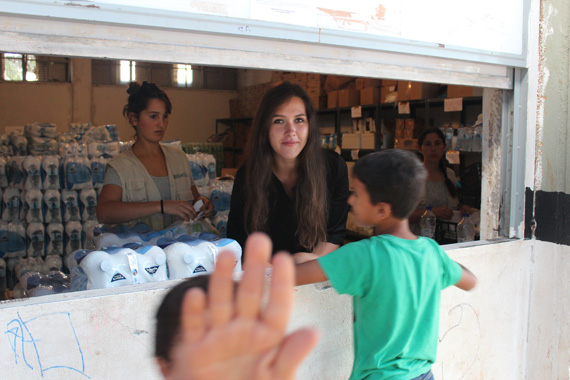