Launching this year, our Photo Prize Blog series features blog posts by photographers from the Taylor Wessing Photographic Portrait Prize 2017. Explore the processes, motivations and stories behind the photographs, as well as the unique insights and experiences from the projects featured in the Prize.

Our first blog is by photographer, Charlie Clift. His series, 10 Years of Premier Skills, documents Premier Skills a programme run by the British Council and the Premier League that uses football as a catalyst for social change. Top coaches travel to impoverished communities to train locals to be football educators. Clift travelled across India and South Africa to document the effects of the programme. His photographic work has been commissioned by the BBC, The Sunday Times and the Independent. He has been selected for the Association of Photographers Award 2015 and 2016 and previously featured in the Taylor Wessing Photographic Portrait Prize 2016. 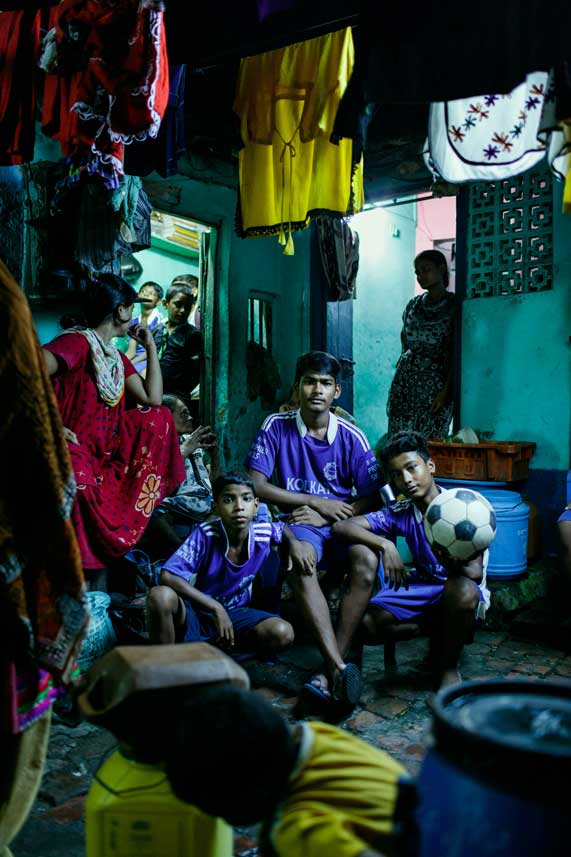 It was 11pm, the humidity had hit a sweat inducing 95% and I was deep in the slums of Kolkata. It was so dark I could barely focus my camera, I had been up since 4am and the tiredness had began to hit. However, the three young footballers in front of my lens waited patiently whilst their friends, siblings, parents and grandparents moved around us following my instructions to create the best photograph possible. I had only spent two days with this community, but had been communicating with them for months to find out their stories. There was something very special about them and they were so excited to be part of the project. I was determined not to let them down. 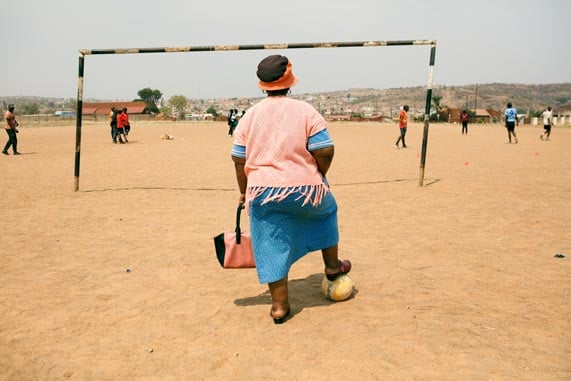 What I love most about photography is telling people’s stories. That’s why I jumped at the chance of collaborating with the Premier League and British Council to create an exhibition that documented their jointly run project, Premier Skills. They send professional Premier League coaches to some of the most impoverished communities in the world where they train locals to be football educators. A domino effect begins as these educators spread the best coaching practices throughout their area. The scheme has reached a staggering 1.2 million kids and they wanted me to capture the stories behind the project. 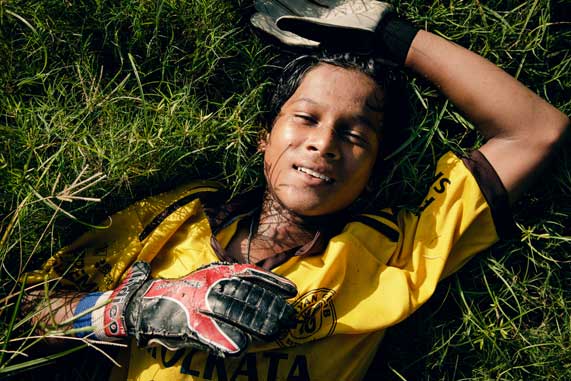 Long before my bags were packed I spent hours, days and months doing my research. I spoke to coaches on the phone, talked football with local fan clubs and made sure I was knowledgeable about the communities I was visiting. I was given creative freedom by the British Council and the Premier League to tell these stories how I saw best, yet I also had their full support and guidance throughout. In my conversations I heard tales of teenage pregnancies, HIV problems, drug abuse and a lack of commitment to education. However I also heard about the power of sport in bringing positive change to these communities. The guidance of a great football coach can give kids dreams, teach them the benefits of commitment, and help keep them away from drugs and crime. I couldn’t wait to meet these people. 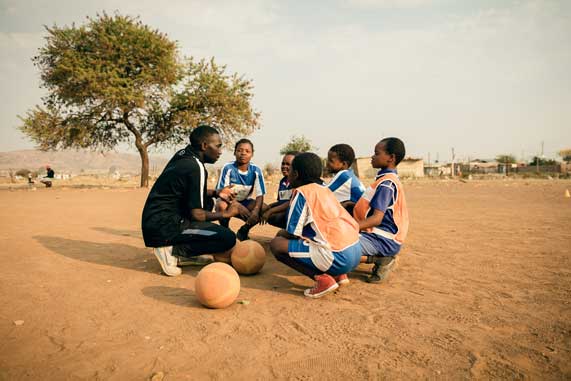 Off I went to India and South Africa. My seatbelt was fastened and my camera was ready to tell stories. I spent two weeks meeting the people I had spent hours speaking to over the phone and was welcomed wholeheartedly into their lives. People like Kuntala who is “married to football” and trains more than 200 kids a day from some of the poorest communities in Kolkata, and Julius who is a role model for the many teenagers and young adults he teaches on a dusty patch of land in the scorching sun of Pretoria. It was on my last day in Kolkata that I realised just how important this project was. I met a 13 year old girl who had lost her mother last year. She had taken over her responsibilities of cooking, cleaning and looking after the family. She didn’t have time to be a child anymore. For two hours every week she attended Premier Skills training sessions - here she could laugh, play and forget about her responsibilities, even just for short while. 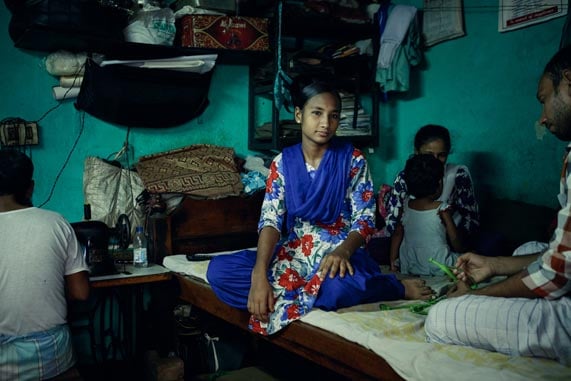