Here is a beginner’s guide to the enigmatic artist.

The Master of disguise

Sherman is famous for her use of make-up, costumes, props and prosthetics to create complex and ambiguous photographic images. She invents fictitious characters, photographing herself in imaginary situations, inhabiting a world of pure appearance. 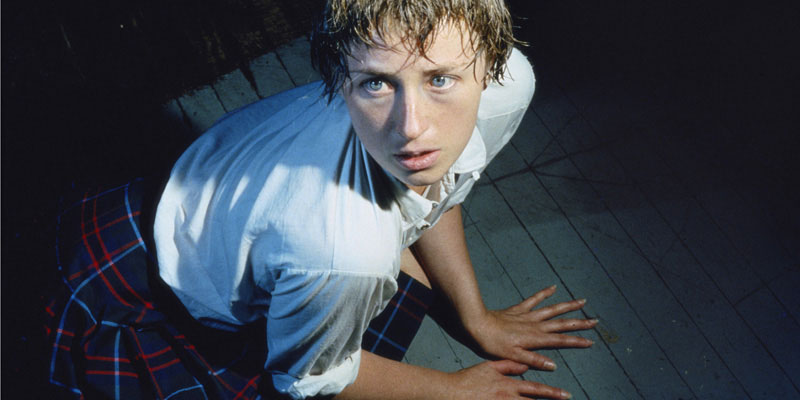 Untitled #92 by Cindy Sherman, 1981. Courtesy of the artist and Metro Pictures, New York

“Her imagery is based on film, fashion, and other popu­lar culture forms, and her characters have ranged from realistic to seemingly familiar to absurd – while each being fictitious.”

In the Summer of 1977, shortly after moving to New York, Cindy Sherman began a series of black and white photographs that would prove to be a defining moment in her artistic career – Untitled Film Stills.

Never before seen in the UK, until now, Sherman’s ground-breaking series comprises of 70 images. With the artist herself as model wearing a range of costumes and hairstyles, her black and white images captured the look of 1950s and 60s Hollywood, film noir, B movies and European art-house films.

Imitating the style of film stills, Sherman appears as a succession of characters in dramatic situations that hint at stories. Deliberately ambiguous, the photographs engage the viewer by inviting individual interpretation. 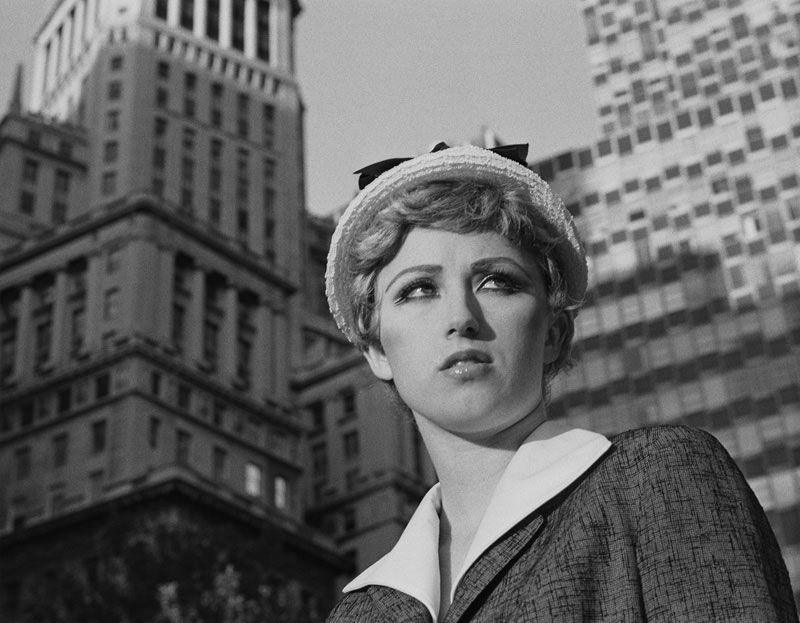 These enigmatic works announced the arrival of a compelling artistic personality and yet, by presenting herself as an actress, Sherman simultaneously retreated behind the personae she created.

Where does it all happen?

Sherman lives and works in New York and her studio practice is essentially solitary. Modern culture and mass media have always fascinated the artist, and the internet along with printed publications are a rich source for ideas. 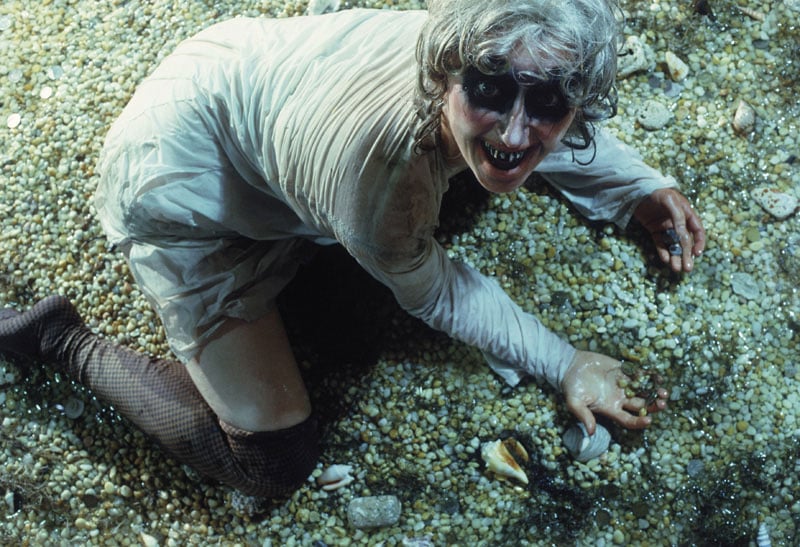 No other artist, as Exhibition Curator Paul Moorhouse explains,

interrogates the illusions presented by modern culture in such a penetrating way - or scrutinises so tellingly the façades that people adopt.  Probing the elusive connection between appearance and meaning, her work explores contemporary life – and with sharp observation exposes its deceptions.

Took my two teenage daughters on a spur of the moment visit. They were completely hooked and fascinated by the exhibition - it raised so many talking points and questions- and as young women who feel under constant scrutiny for the way to look and in a world where image is everything it was refreshing for them to see that everything is not as it seems and indeed you can choose to look exactly how you want but this doesn’t change the person you are just the way others view you. We now have a ‘ shrine’ of black and white Cindy Sherman postcards in our hall as a reminder that you have so many choices as to how you ‘look’ but you are you no matter what. Thought provoking.
Well worth a visit if you get the chance .

I saw three years ago a retrospective of Cindy’s work in Wellington and was bowled over. Would it offend if you could tell me if this is the same exhibition? I will still be going but I want to treat my family a friends to come but they are reluctant to attend if it is essentially the same exhibition
Thanks

Incredibly ambiguous, beautifully surreal. Gave an interesting outlook on fashion portrayal in magazines which was new and obscure. Worth a visit!

Seen her shows in NYC and Berlin. Can’t wait to see more. Her instagram is incredible!

An unrivaled overview of her work exploring decades in the hinterland between artifice and truth, being self-aware and parodied… Most telling of all, was the artist’s confession and concern in seeing herself in some of the later works, 'Society Portraits.' We are complicit in her oeuvre and voyeurs in the gallery. The exhibition is genuinely uncomfortable yet utterly compelling. She sees you, at least as much as you have gone to see her.

I loved the work. It made me think, it made me feel, it moved me to anger and it made me laugh. Cindy Sherman is amazing.
Shame about who ever wrote the accompanying text as it was totally cleansed of any references to the F word. Sherman’s work is feminist implicitly and explicitly. Yet nothing was mentioned of her critique of female representation in society. Surely the whole of her work is a subversion of the male gaze, by making herself the subject as well as the object of her art she defies the expectation of being an object to be looked at and consumed. For example, the commentary of her later work, on divas trying to stay young with artifice and make-up seem to suggest we should sneer at these women for trying to hold on to their youth; instead of a critique on society which worships youth and pressurise women to stay young and beautiful, to keep being objectified to the male gaze.
To summarise, exhibition amazing. Text accommodating the work not so much.

One of the most disturbing art exhibitions I have ever seen and one which also sometimes made me laugh out loud.

Was Cindy a girl from the suburbs who move to New York,dressing ‘down’ to fit in?

Untitled Film Still #21 So evocative I love her early work. I wonder what comments Hitchcock would have made?

Love her work! Got my tickets booked, can’t wait to see the exhibition!