Co-curator Charlotte Bolland selects her favourite works from our current exhibition of Renaissance and Baroque drawings, The Encounter: Drawings from Leonardo to Rembrandt. 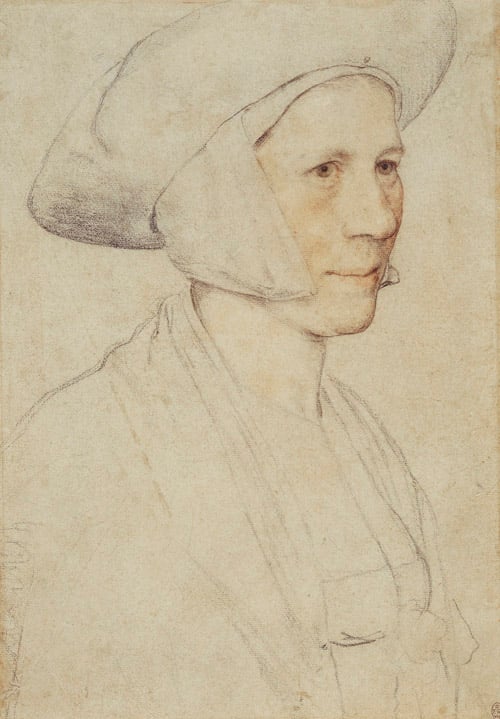 Visiting the Print Room at Windsor Castle to see Holbein’s portrait drawings is a daytrip guaranteed to get the heart racing – particularly for a curator of sixteenth-century portraits. The images of some of the most famous sitters are familiar: Henry VIII’s third queen, Jane Seymour, his son prince Edward and chancellor, Thomas More. As a result, it was the unknown sitters that I was looking at with the freshest eyes, and amongst these it was the portrait of an unassuming woman in a white headdress that I knew would be top of my list. Her clothing suggests that she may have been a member of the royal household and in her hesitant smile Holbein has captured an incredibly sympathetic likeness with none of the distance imposed by the imbalance of power often evident in commissions of prominent sitters. There is an impression that Holbein has truly seen this woman and paid attention to her, when she may perhaps have been overlooked in her day-to-day work and now her identity is lost. 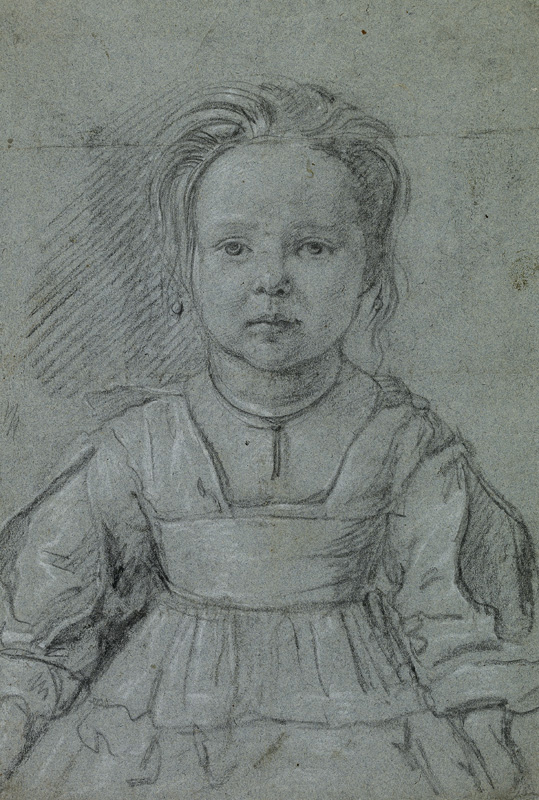 In the early stages of developing the exhibition, my fellow curator Tarnya and I were faced with a fundamental question as to whether we should restrict our selection to works where we had some information about the encounter between artist and sitter, or at the very least their names. However, after our own encounter with this drawing of a little girl, we knew that we wanted to embrace the opportunities to show less familiar works if they were irresistibly engaging, even when their context was not known. That is not to say that we did not try to answer the questions of who, and how and when – but so far the identity of this little girl, whose stare seems to challenge us to work it out, has eluded us and all of our art historical advisors. Hopefully, on the walls of the Gallery, new suggestions will come forward that will help us reconsider who she might be and where the drawing was made. 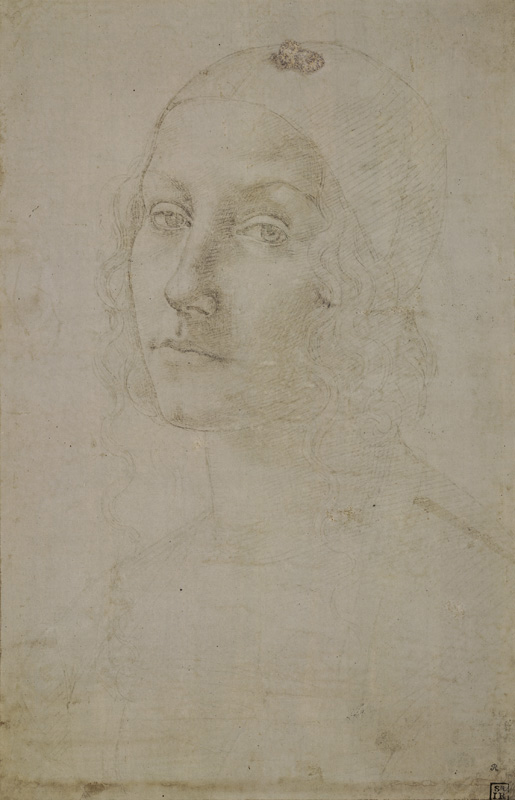 This drawing offers a masterclass in metalpoint which - once you have recovered from your gasp of appreciation of a beautiful woman depicted in a beautiful manner – offers a means of considering the question of the real and the ideal in portraiture. This is because Perugino is not really associated with the production of independent panel portraits. He was praised by the Italian art historian Giorgio Vasari for his skill in portraiture, which was deployed when he populated large fresco compositions with his Florentine contemporaries, but few paintings survive. Instead what we have, are religious scenes including a number of depictions of the Virgin Mary. The comparison of these withdrawn and contemplative depictions of an idealised woman with the cool sense of appraisal emanating from this woman’s engagement with the artist brings the sense of an encounter with a real Florentine woman to life.

Hello Charlotte . I discovered this blog because I was looking to identify Woman Wearing a White Headdress, Hans Holbein the Younger, c. 1526-8 which I have a copy of and I wondered who she was - and so the search began. The blog is very interesting and I am sorry I missed this exhibition.
The reproduction I have has an authorised edition mark on it (very hard to 'read') - do you know why / when there was an edition made that would have included our unknown woman? I bought the picture which is about 40x30 cm at a general auction so there is no provenance except 'domestic' ownership. I think she is lovely and Holbein's drawings are wonderful. Thanks

Wonderful portraits by Hans Holbein the Younger and Perugino which I have not seen before. Thank you!

I live half way around the world in Honolulu, Hawaii USA but I'm inspired by your postings. I like portraits because they conjure up a story, just like a poem. Please keep up your work. Thank you.

Visited the exhibition recently coming from Devon - and as always, visit the NPG. This was an amazing exhibition and was particularly stunned by the skill and beauty of Hans Holbein the younger (not dismissing Rembrandt). Such skill and supreme delicacy with the deepest observation and understanding of his subjects.
Thank you for putting on this exhibition. If I still lived in London, I think I would be re-visiting this exhibition time-and-time again. So precious.