Accepting  an invite from NRW (North Rhine Westphalia) – Kultur I arrived in Düsseldorf on 29 January for the city’s fourth annual Photo Weekend along with curators from Amsterdam, Bangkok, Helsinki, Ottawa, Toronto, Turin, Visby and London. 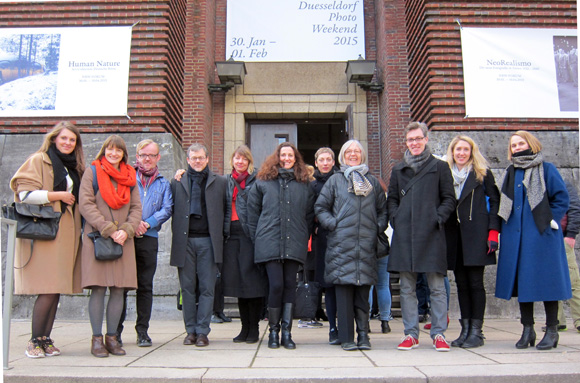 At Museum Folkwang in Essen, Chief Curator, Florian Ebner paused from hanging a retrospective of Detlef Orlopp, which included a room of stunning portraits taken in a formalist uniformity comparable to more widely known German photographer Thomas Ruff. Ruff is associated with the ‘Düsseldorf School of Photography’ – students of the Kunstakademie Düsseldorf in the mid 1970s who studied under the influential photographers Bernd and Hilla Becher. We were lucky enough to meet Hilla Becher and visit the renowned arts academy during our visit!. 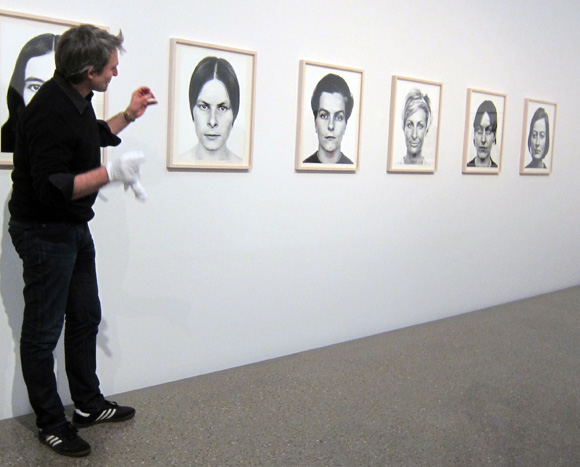 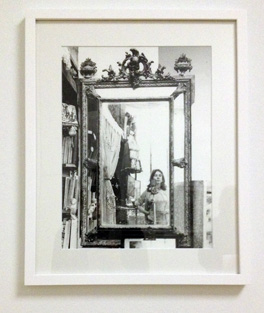 It was an unexpected surprise to find portraits of Henry Moore and Lynn Chadwick in AFORK (Photographic Archive of the Rhine Art Scene) held in Museum Kunstpalast forming part of Maren Heyne’s ‘Künstlerportraits’ The photographer, who introduced the work, had also included this stunning self –portrait.

One of the greatest pleasures of the trip was being introduced to the robust private gallery scene in Düsseldorf. We met both of the photographers exhibiting at DPW organiser, Clara Sels’s gallery; these were young Italian photographer Gabriele Croppi and former Warhol associate Peter Marifoglou whose mostly people-less photographs could be collectively described as a self-portrait 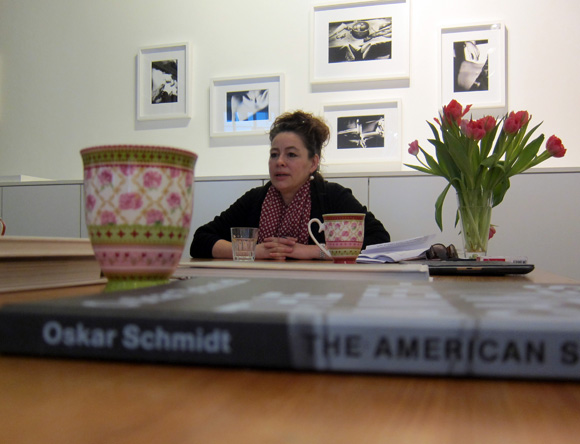 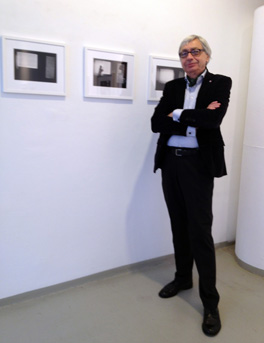 An informative trip on many levels; a pleasure to spend time with international colleagues with a passion for photography and share some of what we do at the National Portrait Gallery.