The National Portrait Gallery’s Interventions series is an ongoing programme of special loan displays focussing on unconventional approaches to portraiture by important 20th-century artists. As part of this series, we have recently hung a display of four abstract portraits by the painter Jack Smith, an artist more commonly known for his gritty social realist work of the post-war years. These less familiar paintings follow his conversion from figurative art to an entirely abstract language. Three were made in the 1980s and represent the composers Harrison Birtwistle and Colin Matthews and the choreographer Ashley Page. The fourth is a lozenge-shaped self-portrait dated 1997. 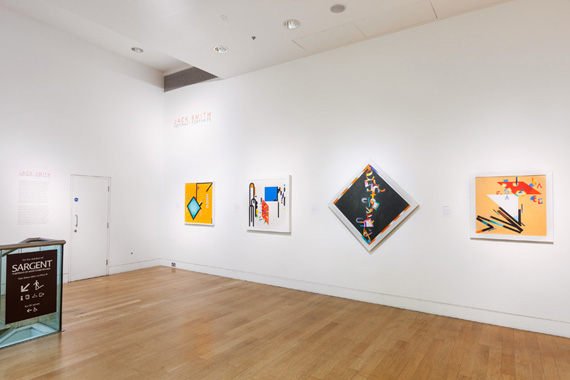 An obvious observation is that these do not look like typical portraits. There are no figurative elements as they are not a response to the physical appearance of their subjects. Rather, Jack Smith has used colour, line and form to represent Birtwistle, Matthews and Page evocatively, symbolically and subjectively. When I showed the display to a group recently, someone remarked that they found these works to be ‘less like portraits’ than the other paintings in the room. After all, this is portraiture, a genre in which realism or likeness to life has long been prized. Here, Smith has chosen to dispense with human appearance entirely to create, in his words, ‘diagrams of the experience or sensation’ of his subjects, using a unique non-figurative language. My visitor’s comment invites the question: what is it that a portrait needs to demonstrate? Is appearance a necessary condition or can there be other ways of evoking a person? 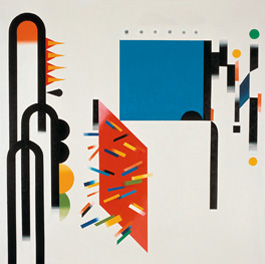 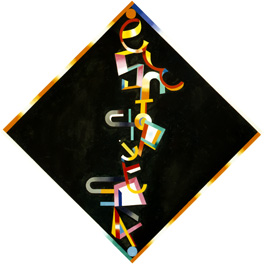 The link between portraiture and appearance has been informed by the idea that a person’s appearance, their ‘physiognomy’, provides a guide to their soul and inner character. As such portraiture has been embedded in the notion that an artistic representation of a person entails, and demands, a physical likeness. I think however that the job of a portrait is to reach towards an understanding of a person, which Smith’s metaphorical portraits succeed in doing. Like successful figurative portraits, these abstract portraits give us an insight into the lives of their subjects. In doing so, they extend traditional ideas of what a portrait can be, and fit within the genre.

Jack Smith, Portrait of a Composer I, 1987 © Estate of Jack Smith. Courtesy of Flowers Gallery, London and New York

Thank you very much for your comments, I'm glad this caught your attention. You raise an interesting point and the interactive element of portraiture is an important issue, which I wasn't able to explore in detail here.

Very interesting indeed. @ Nick, but shouldn't a portrait have the potential to portray an element of character which is perhaps un recognizable to the subject/client him or herself?

Loved this! Fascinating read. Would 'reaching towards an understanding of the person' be enough however? After all portraiture is usually a commercial task, it would seem reasonable for the subject/client to be able to recognise something (not necessarily physical) in the image. Proper interesting! N