From the ground up: Meet the filmmakers

This month we opened our new exhibition in Brent, People Powered: From the ground up, in partnership with Brent Museum and Archives. This free exhibition delves into the lives of those who have worked at Wembley Stadium and Wembley Arena or enjoyed career defining moments there. 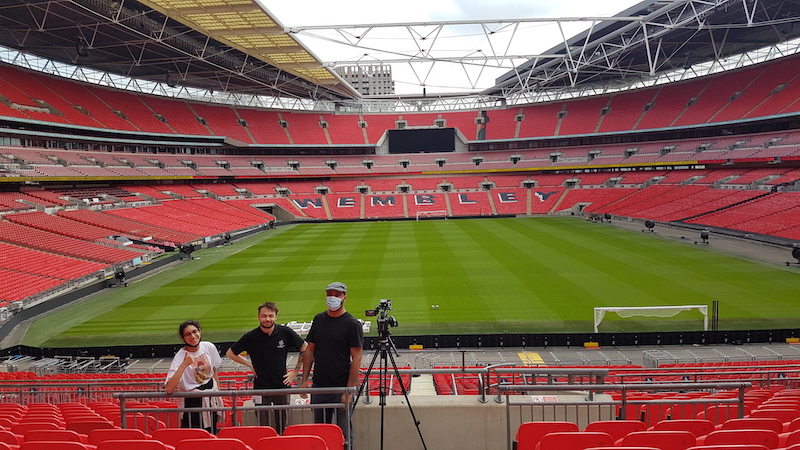 The filmmakers at Wembley Stadium

Featuring newly acquired portraits to our Collection of Marcus Rashford, Alex Scott and Freddie Mercury, the exhibition also includes a film co-produced by Other Cinemas and young people in Brent that tells grassroots stories from Wembley. In celebration of the exhibition opening, we sat down with Turab Shah and Arwa Aburawa, the filmmakers behind Other Cinemas, to find out more about the project. 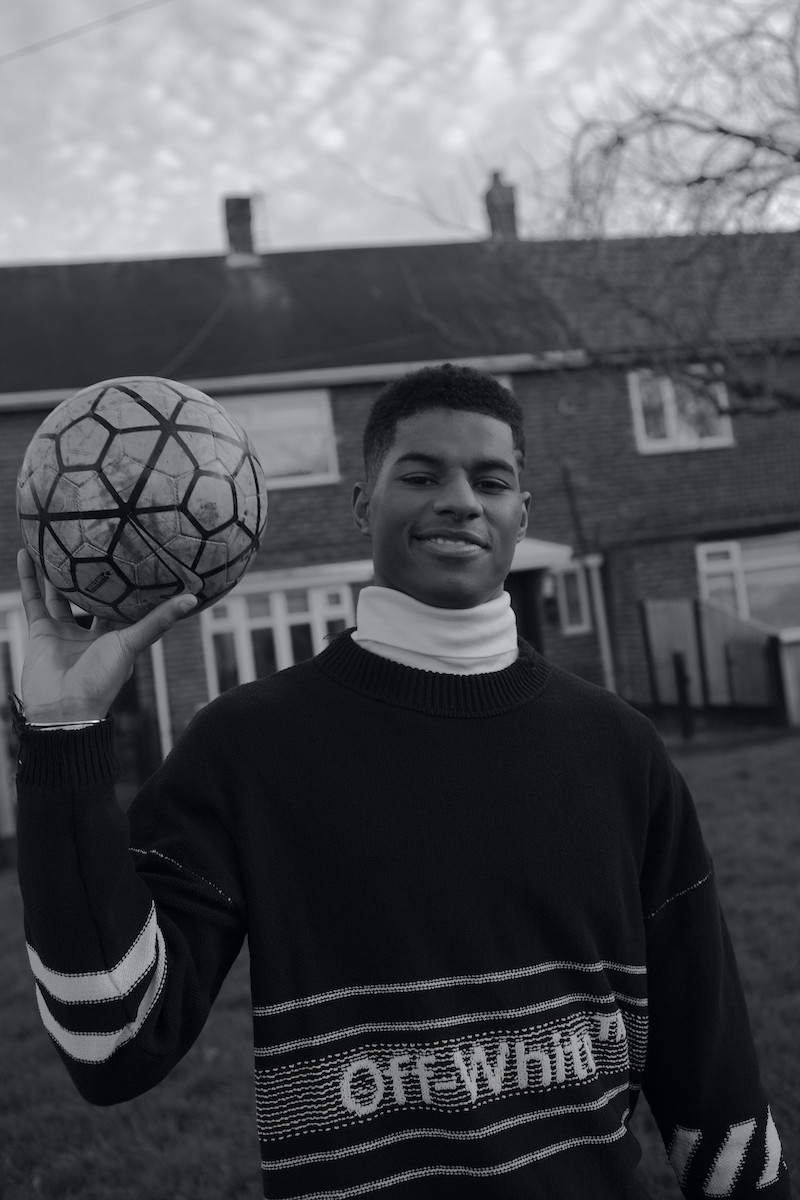 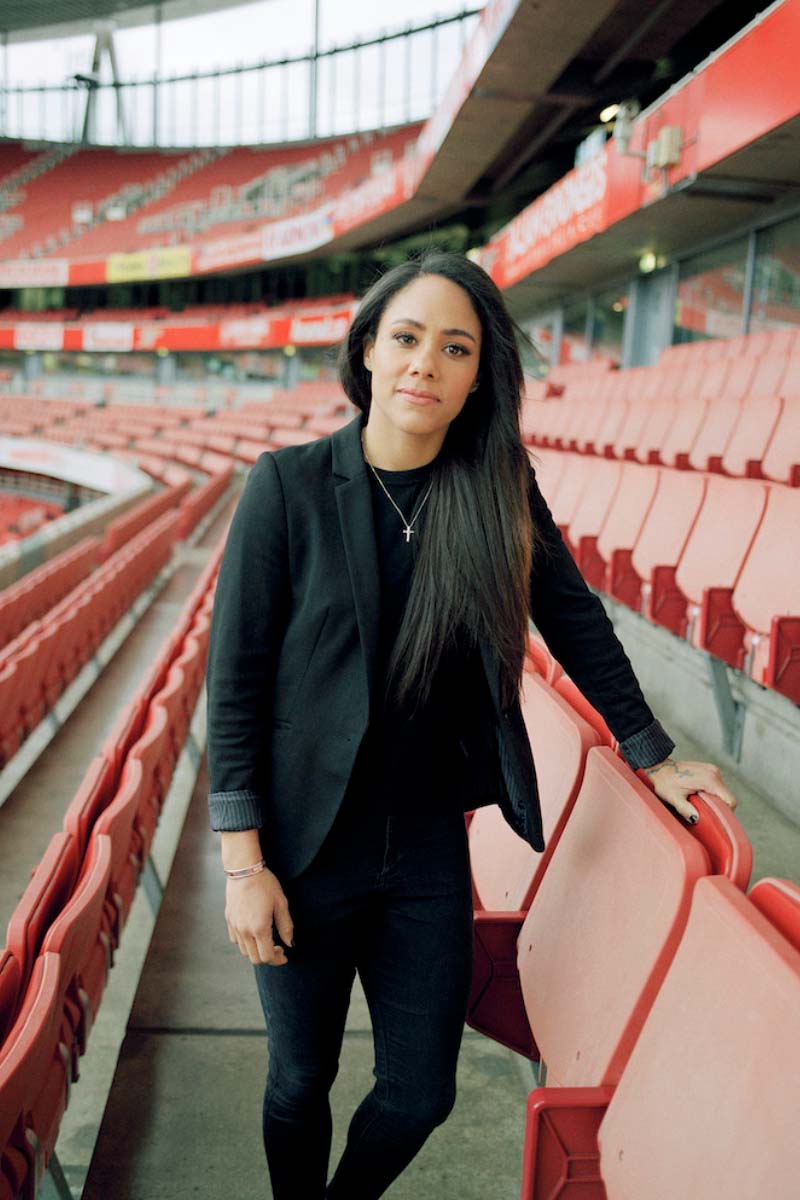 Please could you tell us a bit about yourselves and the From the ground up project you've been involved in.

Turab: We are both Brent based documentary filmmakers, with our studio being based in Wembley Park, just opposite the stadium. I grew up in Brent and went to a high school just a short walk from the stadium. Much of our work - especially our community film screenings - is rooted in that local community that has built up around the stadium over the years. Being documentary filmmakers we are both very inquisitive, so we were naturally very interested in working on From the ground up, a project about unearthing the stories of people who have made Wembley Stadium the national institution it has become over the last century. Another aspect of the project which appealed to us was working with young people from the area. We are very committed to passing on the storytelling skills we have learned and we were fortunate enough to work with a small group of very skilled aspiring filmmakers. They not only made a number of beautiful short films that focused on Brent based characters but they also assisted us in making our short film about the stadium. 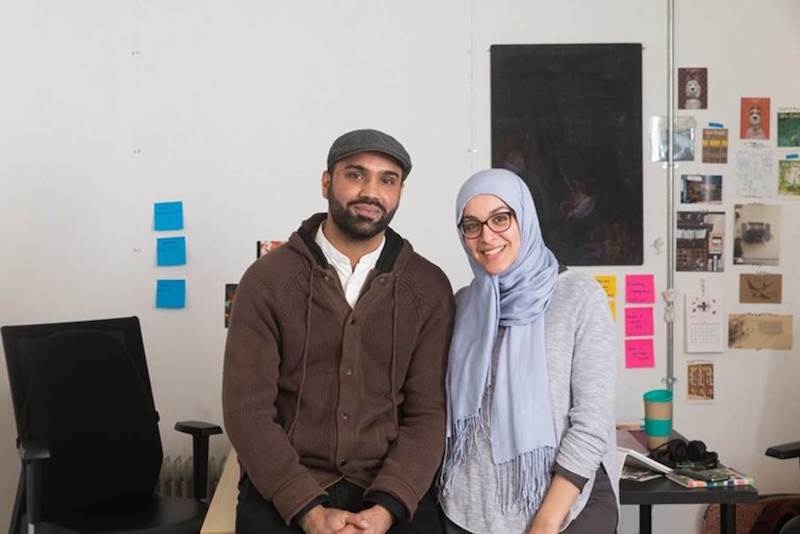 Brent based young people have been a vital part of the project. In what ways have you worked together and what has been the outcome of this project?

Turab: Working with young people here in Brent, where we work ourselves and also where I grew up, was a big part of why we wanted to be involved in this project. We wanted to help bring more voices into the world of filmmaking by demystifying it and making it more accessible and for people to see it as a real possible career. We did that by holding workshops exploring the basics of filmmaking, how to tell a visual story, the basics of editing and essentially just giving the young people creative tasks to get stuck into. There really isn’t anything better than just working and making films to learn about it. And so many of the students really took this opportunity not just to learn but to also create and we’ve really loved seeing the films they’ve made. We really hope that this project has helped boost their confidence and also opened up their eyes to the different ways you can use film - whether that’s more experimental work, documentary or more traditional filmmaking for TV. I think one of the most useful things about meeting several of the young filmmakers was also just talking about the reality of being a filmmaker, how do you navigate the industry, how do you make a living out of it and also helping to encourage them to work collaboratively and create support networks that can help them right from the very beginning of their careers. 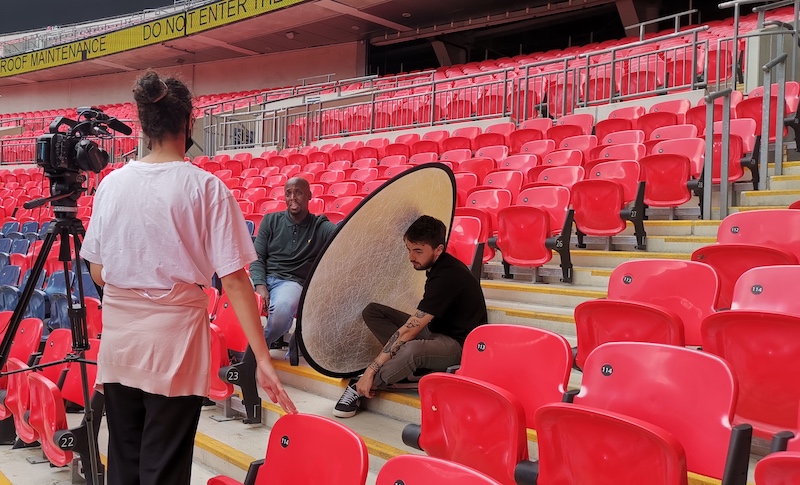 A behind-the-scenes look at the Memories of Wembley film

What have been your highlights from the project?

Arwa: For me personally, the highlight of this project has almost definitely been watching the films that the young people involved in the workshops have made. It’s been so nice to see the students take on the tasks of the workshops, really ask questions and push themselves in terms of the kinds of films they made. There were lots of great films but a few that stood out include:

I’m genuinely really excited to see what these young filmmakers create next. 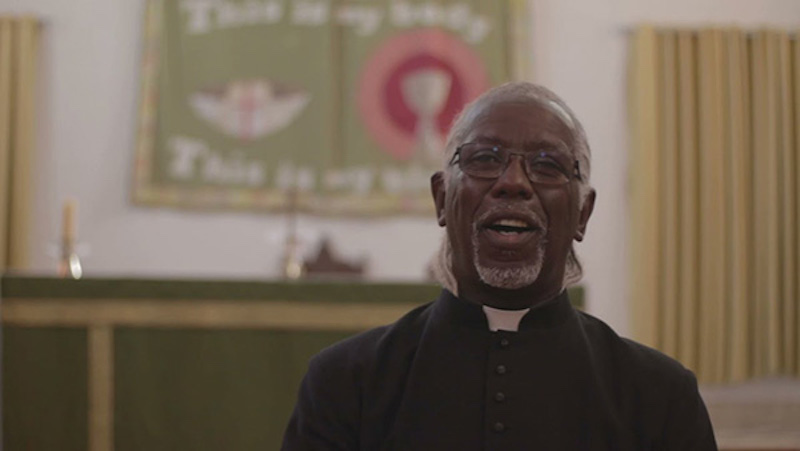 A still from the film Rev. Stuart Melchor by Anthony Saunders

Have there been any challenges? If so, what were there?

Turab: I think the biggest and most obvious challenge during the project was working under COVID restrictions. We really wanted to host the workshops with young participants in person as we know the helps just foster a sense of togetherness and really getting to know each other and also give them hands on experience. Unfortunately, that just wasn’t possible and so having to use Zoom during a time when everyone’s had enough of Zoom was tricky. But we tried our best and really tried to keep the young people engaged by getting them to guess movies hidden away in the presentation images and also to get them to lead on aspects of the filmmaking teaching, that they may have had experience with, to make it more interactive. It was also really lovely to actually get to meet Anthony, Yasmin and Nicole in person at the end of the summer for our own shoots. They got to do some of their own filming and also to interview the participants, which they all did incredibly well. 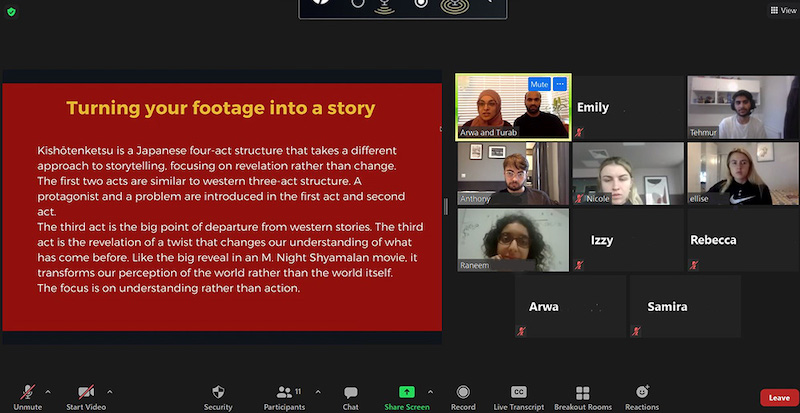 A workshop with Brent-based young filmmakers

Have you discovered anything surprising about Wembley Stadium or Wembley Arena that you didn't know prior to this project?

Arwa: So through the public call out that National Portrait Gallery did, I found out that the old stadium was used for a type motorcycle racing called speedway which a lot of the locals have incredible fond memories of. It feels like a very niche sport but apparently after World War Two it was pretty big and drew huge crowds. I think my main concern was how did they create a safe racecourse area, but after visiting the current site and speaking to the grounds keeper, I realise that there really is a lot of work that goes into totally transforming the stadium from a place to play football to hosting massive concerts and that, with the right team, anything is possible inside the stadium! 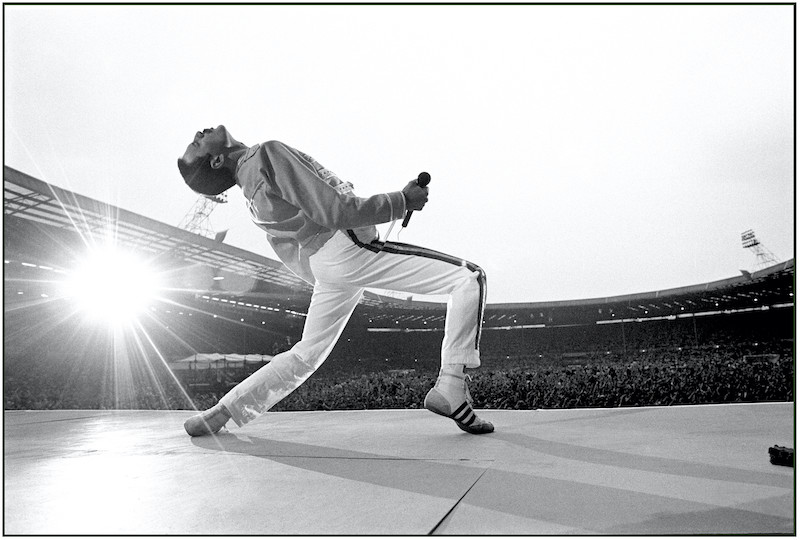 Freddie Mercury by Neal Preston, 1986, given by The Lightpower Collection in 2021 © Queen Productions Ltd

For people that are visiting the exhibition and watching the final film, what are you most looking forward to them seeing?

Arwa: For those visiting the exhibition, I think I’m really excited about just expanding the legacy of the stadium beyond football. Don’t get me wrong, a huge part of the stadium will always be football but there is so much that goes on there, such as a diverse women’s running club, a team which transforms the stadium so it works for so many people on a very logistical level as well as the fans which are really what make the space what it is. It was really nice to showcase a BTS fan and their memories of coming to Wembley and how life changing that is because the music fans - just like the football fans - have big memories at Wembley Stadium.  I think on the big event days, when the whole area fills with fans, you really understand that it’s the fans which bring that stadium to life.

A still from the film BTS at Wembley by Yasmin Safieddine

From the ground up is part of People Powered, our project looking at local industries across the UK and celebrating those involved in these important industries. The exhibition is on at Brent Museum and Archives until 3 December 2021.

People Powered is part of the Gallery’s transformational Inspiring People project, funded by the National Lottery Heritage Fund and Art Fund, which includes a major redevelopment of the Gallery and an extensive programme of nationwide activities. These ambitious partnerships with museums, local community groups and schools aim to bring the Gallery closer to communities across the UK.

Find out more about the project