Herbert Watkins was one of the most significant photographers in the nineteenth century but today remains largely unknown. Our recent and first display to celebrate the photographer’s work, aims to encourage a wider understanding of Watkins’s significance. The display especially focuses on new detailed research on the important Herbert Watkins album, acquired by the Gallery in 1985. Rarely exhibited due to its fragile condition, this album contains over 140 albumen prints dating from the late 1850s. Celebrated portraits of sitters from the worlds of politics, literature, music and the theatre represented in the album, include two of the most important photographs of Charles Dickens in his iconography. The album can be fully explored online here and will soon be the subject of a conservation project. 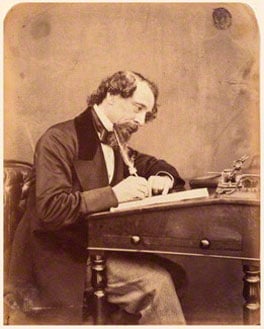 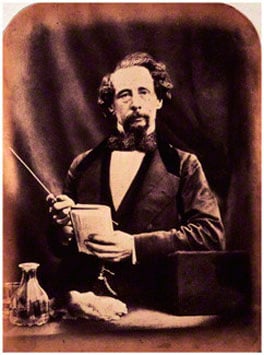 As well as wishing to highlight a selection of Watkins best portraits in the Gallery’s display, including those of writer Alexandre Dumas, John Everett Millais and his wife Effie, and actress Adelaide Ristori, I was particularly interested in exploring how Watkins used new and changing advancements in photography during the mid-late nineteenth century, to re-issue many of his best portraits. Of special interest are Watkins’s rare and pioneering photo-caricatures. Several albums in the Gallery’s collection, including a personal favourite, the Jocelyn album, are excellent examples of how individuals embraced the tradition of photocollage during the late Victorian period. Such experiments combining cartes with drawings and watercolour tested the formal conventions of nineteenth century photography, and helped introduced the avant-garde potential of photography and collage. It is rare to find photographers such as Watkins employing these techniques to produce collectable individual cartes-de-visite. I’m delighted that since the display opened, we have been able to source and acquire two further examples of Watkins’s unusual work in this area. The respective carte-de-visite portraits of actors Walter Lacy and John Baldwin Buckstone are shown below. 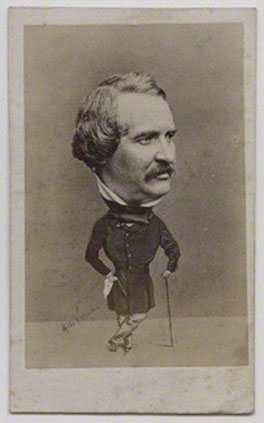 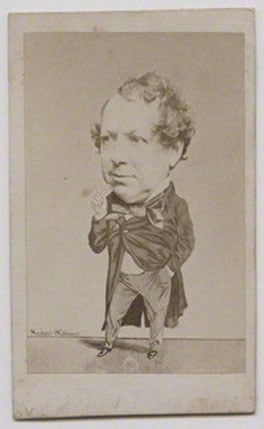 The most important photographic project Watkins contributed to was Herbert Fry’s serial, a National Gallery of Photographic Portraits, which began in 1857. Sixteen prints were issued individually by subscription at 4 shillings each, alongside biographies written by Fry, before the project ended in 1858. Album 39 of the Gallery’s Photographs Collection documents this important project and the portraits by Watkins within the album have now been photographed in colour for the first time. Recently photographed highlights include studies of poet and writer Walter Savage Landor and artist and author Louisa Stuart Costello. The album also contains correspondence with Watkins’ sitters, and an almost complete set of Fry’s serial, which declared:

'The Untouched Photographs of Mr. Herbert Watkins are as remarkable for their agreeable fidelity to nature as for their brilliancy of production and their economy of cost.'

Watkins’s 'Rembrandt-like' photographs received considerable critical acclaim when they were first published, as shown in the illustration below.

As I continue to research the photographs of Herbert Watkins more widely, including those in external collections, discoveries continue to be made. A recent research trip to the Victoria and Albert Museum to consult their collection, has helped accurately date Watkins’s important self-portrait to March 1859, and revealed new photographs, including portraits of actress Ellen Terry and Herbert Watkins’s wife, and an expansive series of photographs dating from 1863 to 1866 documenting leading officials and prize winning teams associated with the National Rifles Association, of which Watkins was a member of the Artists Corps. When these latter portraits and documentary photographs of scenes from memorable matches were exhibited at Wimbledon as prizes in July 1864, The Times (July 21 1864) declared:

'The size, handling and finish of the majority of these pictures are dwelt upon by competent judges of out-door photography as marvellously successful.'

The photographs shown below on a photocollage page from the Herbert Watkins album are examples of many portrait studies by Watkins which require identification and further research. I look forward to working with other colleagues, across institutions, to continue to improve our knowledge of this important photographer’s work. 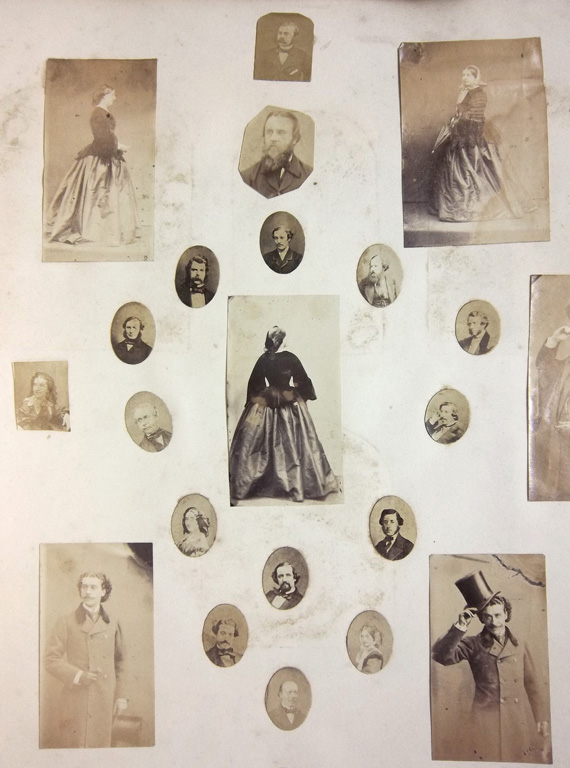 Thank you for contacting us, I'm delighted to learn of the photographs by Herbert Watkins your archive holds, and your interest in his work. I will e-mail you directly so we can discuss Watkins further. Best wishes, Helen.

Good morning. My name is Gian Domenico Ricaldone, I am the curator of the Archive of the "Museum Library of the Actor" in Genoa - Italy (www.museoattore.it). In the Adelaide Ristori's archive are retained approximately 30 photographs by Herbert Watkins. I am interested to get in touch with you for further study on this photo. Thank you! Gian Domenico