How might a Victorian gentleman go about asking for a better salary? One approach was by writing an extremely tactful letter. 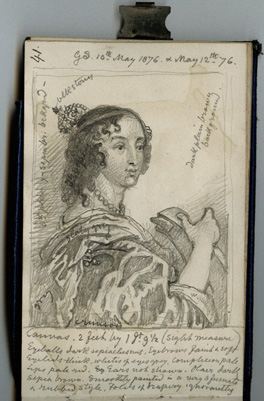 How might a Victorian gentleman go about asking for a better salary? One approach was by writing an extremely tactful letter.

Today there are over 200 members of staff at the Gallery but Sir George Scharf its first Director, was something of a one man band. Appointed in 1857, his role was all encompassing. He fulfilled the roles of Visitor Services Assistant, Building Officer, Curator, Accountant, Librarian, Cataloguer and Researcher. Scharf also travelled extensively, sketching potential acquisitions and creating hundreds of sketchbooks filled with images of portraits, collections, people and places.

Scharf’s starting wage as Secretary was £300 a year (about £13,000 in today’s money). In 1864 he wrote to the Chairman of Trustees, requesting a pay rise. In an elegantly phrased plea, he highlighted the extent of his duties and travel expenses. He made his case very politely, above all emphasising his dedication to and enjoyment of his job:

‘I little foresaw how completely the duties connected with the Gallery both directly and indirectly would absorb my time and attention. I had fully expected to have found leisure, at least in evening time, to complete works of artistic importance I was already engaged in, but which I afterwards found myself
compelled to relinquish one by one’

His closing paragraph is a model of civility:

‘I very humbly request that should these statements appear sufficiently valid, your Lordship would be pleased to invite the Trustees to consider whether in the undivided attention which I give to the interests of this Gallery and in comparison with the payments afforded to Secretaries of other Government Institutions similarly connected with art, I may not be justified in soliciting an augmentation of the annual income assigned to my office.’

His efforts met with some success. Documents indicate that in 1865 his salary rose from £300 to £450, and in 1868 increased again to £500. It would seem there is something to be said for a politely-worded letter sent to a carefully selected person of authority. Something readers might wish to take in mind! 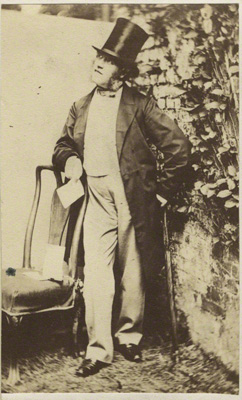 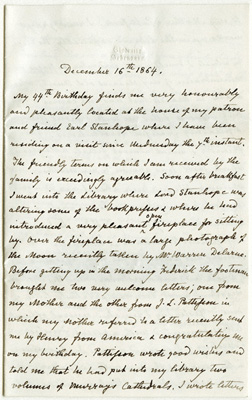