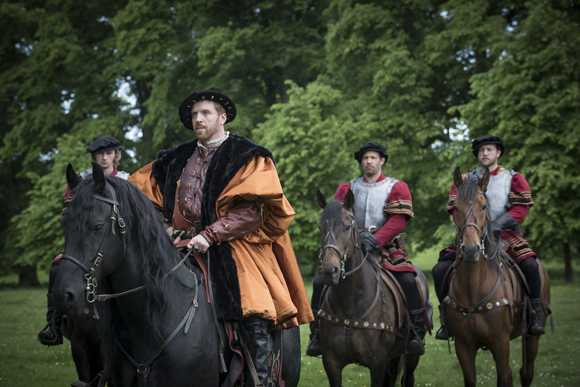 Fans of the BBC television dramatisation of Dame Hilary Mantel’s novels Wolf Hall and Bring Up the Bodies can use a new trail published by the National Trust to help them visit the locations at which the series was filmed. These include Montacute House in Somerset, one of the National Portrait Gallery’s regional partnerships.

The six National Trust properties that feature in the drama are Barrington Court and Montacute House in Somerset, Lacock Abbey and Great Chalfield Manor and Garden in Wiltshire, Chastleton House in Oxfordshire and Horton Court (not open to the public) in South Gloucestershire. The Wolf Hall locations map is available at  www.nationaltrust.org.uk/wolfhall and visitors are advised to check individual opening times before visiting. While filming on location, series producer Mark Pybus said: 'When we first saw Montacute we were immediately excited about both the rooms and the beautiful grounds.

The remarkable Long Gallery at Montacute offers an authentic historic space in which the National Portrait Gallery is able to display over fifty of its Tudor and Jacobean portraits. These include portraits from the courts of Henry VIII, Elizabeth I and James I.

Like Henry VIII (bottom left), Thomas Cromwell sat to the painter Holbein the Younger (1497/8-1543). The letter on the table of Cromwell’s portrait (bottom right) indicates that Holbein’s likeness was taken after 1532, when Cromwell became master of the jewels, as it is headed: 'To master Thomas Cromwell, trusty and right well-beloved master of our jewel house’. This painting is an early seventeenth-century version of the original Holbein painting now in the Frick Collection, New York. It belonged to Cromwell’s descendants and was probably produced either when the original portrait was sold or for display in a different family property. 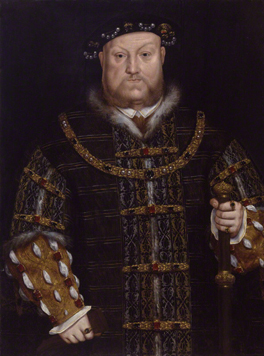 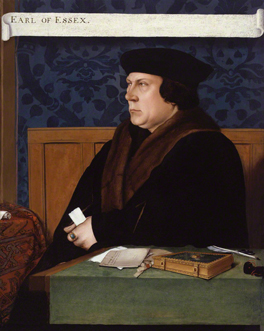 Image credits from top to bottom, left to right.