John Donne back on display 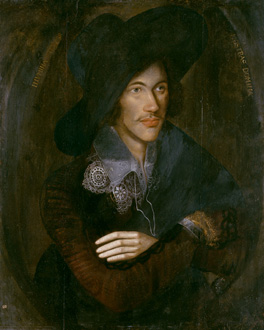 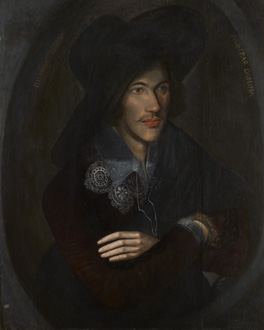 Following painstaking conservation treatment the portrait of John Donne is now back on display in Room 2 at the Gallery.

The melancholy poet has emerged, not from the shadows that make this painting so distinctive, but rather from behind the layers of discoloured varnish and mismatched overpaint that obscured the surface. The subtle variations in colour and tone in the oval background have been recovered and now create an illusion of space behind the sitter. Unfortunately, no further letters of the inscription on the left-hand side were revealed during treatment, as the area of old loss lies along the panel joint. Restoration has taken place in several areas including the outline of the shoulder and arm, which was previously only approximately positioned from a past treatment campaign, and is now as the artist intended. Donne’s doublet was also revealed to be a far richer red colour, made by applying red lake over a dark underlayer. Recovering more of the original colour scheme has made the costume much more coherent and, given the sitter’s close attention to his pose and costume when commissioning this work, brought the painting closer to Donne’s original vision.

Long considered the most evocative portrait of one of the most talented writers of his age, and perhaps even the archetypal image of the melancholic Elizabethan poet, this painting is one of the Gallery’s greatest recent acquisitions. The help of many supporters has now ensured that it can be seen clearly for the first time in years, and has also preserved it for the future.

I did not see this portrait of my very favourite poet on my last visit to NPG - now have a good excuse for going again soon. Excellent conservation work.