For this year’s UK Black History Month, in a time in which we’ve seen the focus of the world turned towards racial justice and activism in a way that we’ve never quite seen before, I was invited by the National Portrait Gallery to cast an eye on the activists in their Collection, and to highlight some of the stories and lives of the sitters that I think we can learn from today as we fight for racial equality for all.

I’ll be honest with you; I hadn’t previously associated the NPG with activism, or even really with Blackness up until now, and so this opportunity to look through the Collection, and learn the stories of the sitters who are incredible and inspiring activists has been an eye opening and galvanising experience.

Below are five sitters from different periods in time, all of whom were able to do extraordinary things, and all of whom I hope we can learn from going forwards. 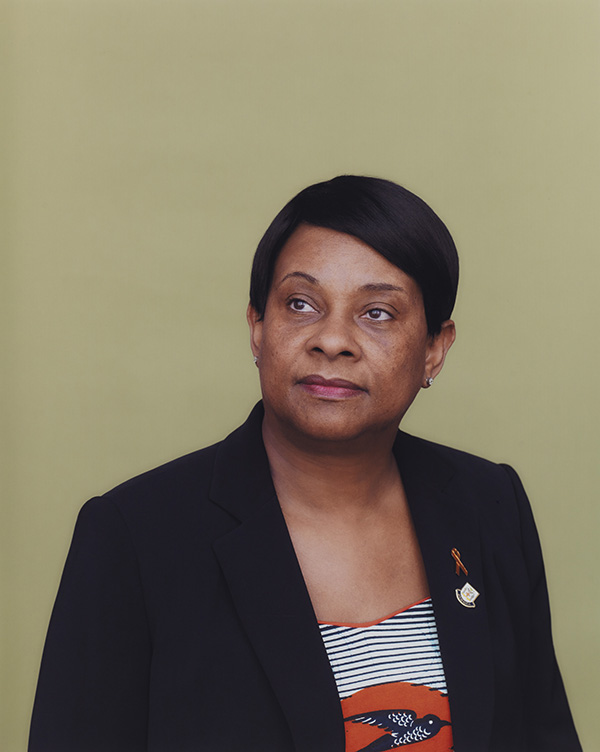 Doreen Lawrence is probably best known for her greatest tragedy - the murder of her son Stephen in a racist attack in London in 1993 when he was only 18 years old. In the years since his death Doreen has founded the Stephen Lawrence Charitable trust - an organisation that works with young people from disadvantaged backgrounds to empower and enable them to succeed in their chosen careers.

I cannot imagine what it took for Doreen Lawrence to channel such a loss into a platform for positive change for those most in need of it, but that is precisely what she has done. As The Stephen Lawrence Trust says - ‘At the Stephen Lawrence Charitable Trust, we don’t accept that your background should limit what you can achieve.’ And so, Doreen Lawrence plays an  essential role in uplifting the next generation of young, Black, talent.

When we say the names of those who have lost their lives as a result of hatred and racial injustices, it’s essential that Stephen Lawrence is among them, and never forgotten. 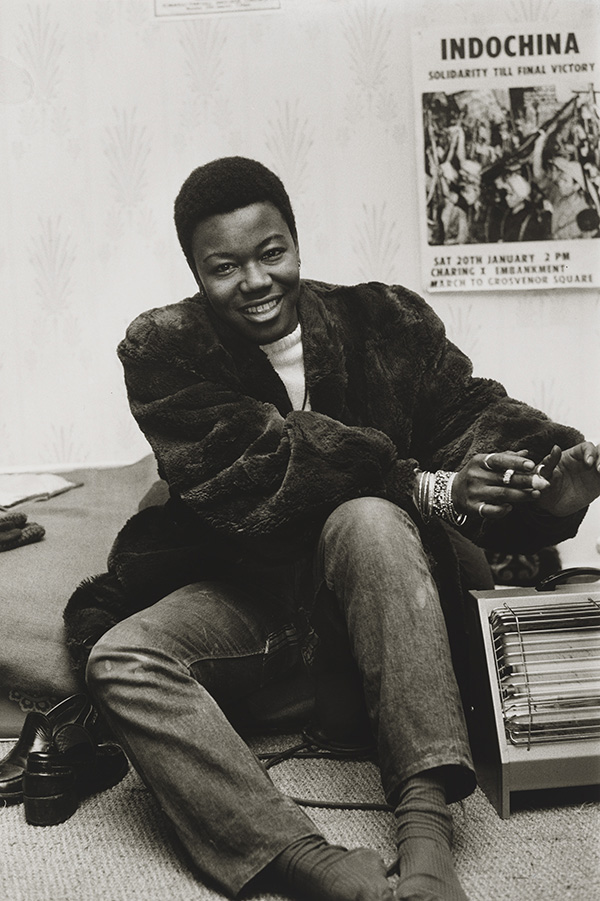 Like many of the other sitters, Olive Morris wasn’t someone I was aware of before learning about her in the NPG’s online Collection, and I am so glad to have discovered her now! Of the pieces in the NPG, those that feature Olive are some of my favourite, and I think some of the most powerful.

The conversation around housing segregation today is very often seen through a US lens, but Olive saw first-hand that the story of segregation was very much a part of the Black British experience when, aged only 9, she emigrated from Jamaica to live in London. Her experiences in an unfair system lead her to joining the Black Panther movement, and becoming a founding-member of the Brixton Women’s Group, cementing her position as a leading figure in the campaign against oppression, racial injustice and sexism in the UK.

Although Olive died at the tragically young age of 27, her work and legacy lives on in the fight for racial justice that we carry the baton of today. In 1978, Olive Morris co-founded the Organisation of Women of African and Asian Descent and was instrumental in the campaign to end police stop-and-search 'sus' laws, a conversation that is making headlines again in 2020, due to the overrepresentation of Black men being targeted to this day. In fact, this year The Guardian reported that the Metropolitan Police carried out 22,000 stop and searched on young Black men in the UK during the lockdown months of March - May alone, 80% of which were fruitless. 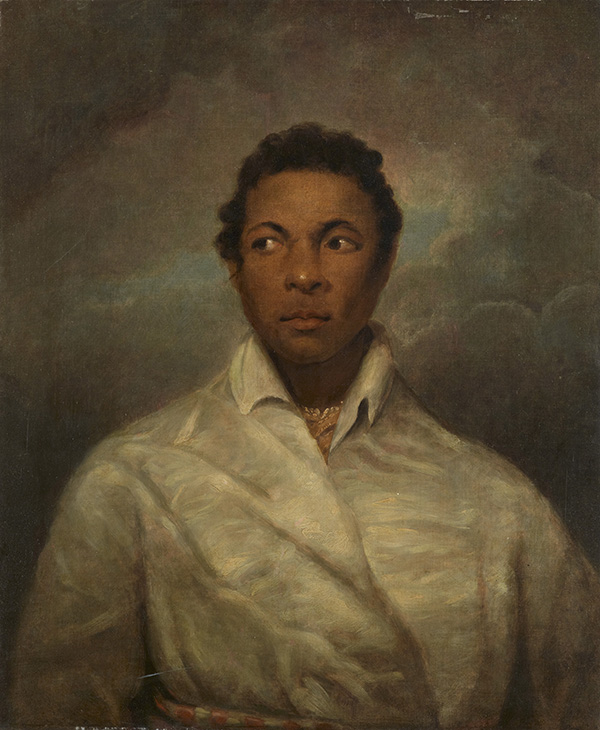 Going back a little further in time, we find the sitter, actor, and activist Ira Aldridge. Ira first played the role of Othello in 1825, having come to Britain from America in 1824, and then reprised the role in 1833 on the West End. Whilst audiences enjoyed the performances, critics were less convinced, with many questioning the idea of a Black actor playing such a prestigious role.

This conversation so perfectly mirrors today’s discussion about the experience of Black actors in film, television and theatre, as led by contemporary activists such John Boyega, who speak out about their experiences both on set, and in managing the public eye.

I’m pleased to say that the racially driven critical response to Ira Aldridge’s portrayal of Othello, wasn’t the end of Aldridge’s career, but the beginning. He continued acting and even went on to tour Europe, becoming one of the highest paid actors in the world, and the only African-American actor to be honoured with bronze plaques at the Shakespeare Memorial Theatre at Stratford-upon-Avon. 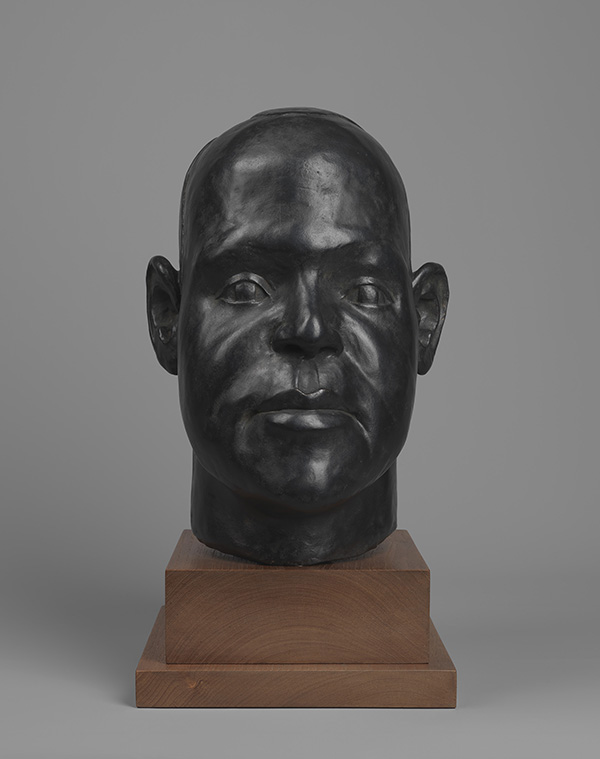 Harold Moody was a physician who came to Britain, from Jamaica in 1904. Despite his qualifications he struggled to find a job in any practices at the time, and so was left with no option other than to take the bold step of setting up his own practice in Peckham, London.

In 1930 Moody founded the League of Coloured Peoples, an enterprise which aimed to fight discrimination and seek better opportunities and conditions for students and workers from Africa and the West Indies in England.

What is most striking to me about  Moody’s portrait is the enduring, uncompromising power of the bronze head in his likeness, as sculpted by his own brother Ronald. As was brought to light by the conversation around the 2020 statue Reaching Out, by Thomas J Price, the chances to see sculptures of Black bodies are vanishingly few in the UK, and I’m glad to know about another one, to be able to visit when the NPG reopens it’s doors. 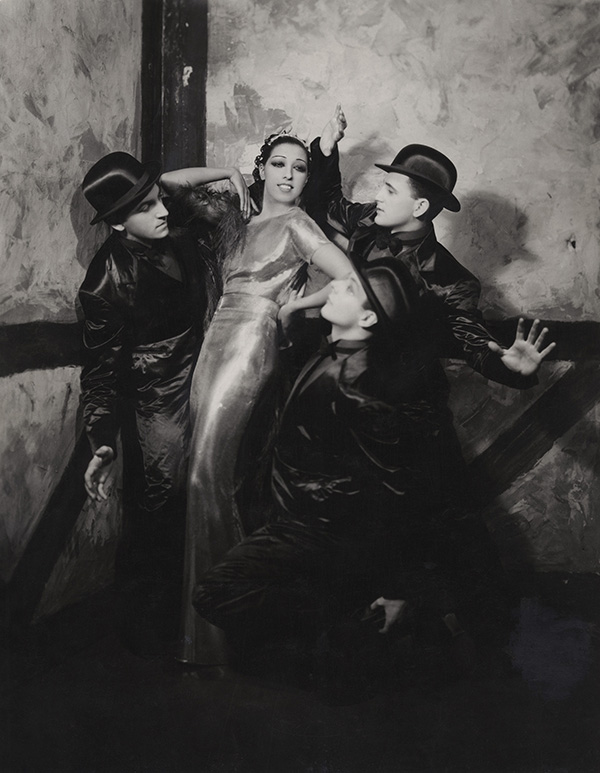 The final sitter I want to highlight is Josephine Baker. Many are familiar with her work as a performer and entertainer, but some may be less familiar with her as a powerhouse of the fight for civil rights and racial equality.

Born in 1906, Josephine was a member of the French resistance during World War II, and was awarded the  Croix de Guerre and the Legion of Honour with the rosette of the Résistance for her role. Later in her life, she also became a supporter of the American Civil Rights Movement, even standing beside Rev. Martin Luther King Jr, as a guest speaker during the March on Washington.

During her speech alongside Dr King she noted: ⁠⠀
⁠⠀
"You know, friends, that I do not lie to you when I tell you I have walked into the palaces of kings and queens and into the houses of presidents. And much more. But I could not walk into a hotel in America and get a cup of coffee, and that made me mad.”⁠

Baker was a global star with a career that spanned both stage and screen, and in understanding the power of that visibility, she is the perfect example of using your platform and your position to make necessary change. Baker refused to perform to segregated audiences, which often forced club owners to desegregate her shows, a stance which was recognised for its power by the NAACP. 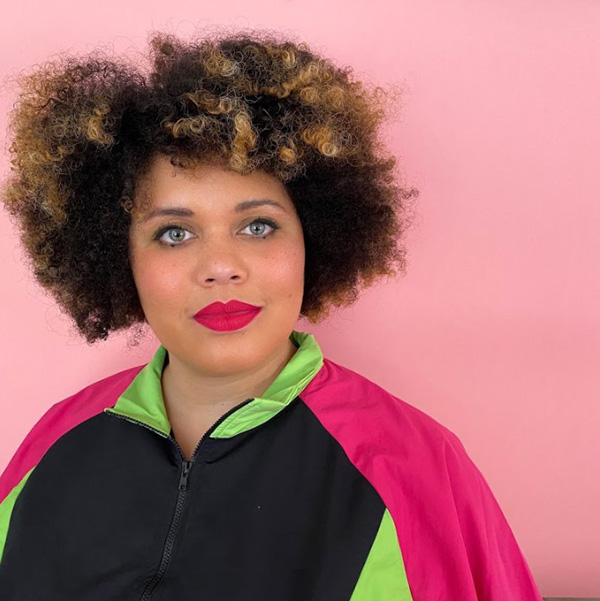 Sophie Williams is a leading anti-racism advocate and activist. She is a regular panellist, speaker, consultant and workshop facilitator with a focus on anti-racism, and Diversity and Inclusion. Her writing has appeared in publications such as The Guardian, Bustle and Cosmopolitan.

Sophie's first book Anti Racist Ally is out in October, and her second book Millennial Black will be published in April 2021.

Image credits from top to bottom:

Very interesting and informative collection providing the opportunity to reflect and value brave and courageous people.

As you say in the U.K., this is brilliant. Fantastic idea to continue the conversation of diversity and highlighting leaders who created a more just society. Art speaks! Bravo npg.

Thank you so much for this informative contribution and enabling me to want to see these Black icons with more appreciative thought at the NPG.