We are delighted to welcome into the collection a portrait of girls’ education activist Malala Yousafzai by acclaimed Iranian-born artist and filmmaker, Shirin Neshat.

The work is one of a pair of portraits of Yousafzai by Neshat, acquired for the National Portrait Gallery Collection. Earlier this year Neshat took a series of photographs during a sitting in London. From this the artist and the Gallery selected two photographs, onto which Neshat has hand inscribed in calligraphy a poem, MALALA II: (Malala Yousafzai), by the Pushto poet Rahman Shah Sayel from Peshawar. This poem was written in 2011 when Malala had already become a well-known activist for education. The poem addresses the legendary Malala of Maiwand and praises Malala Yousafzai, while making connections between the two formidable young women. 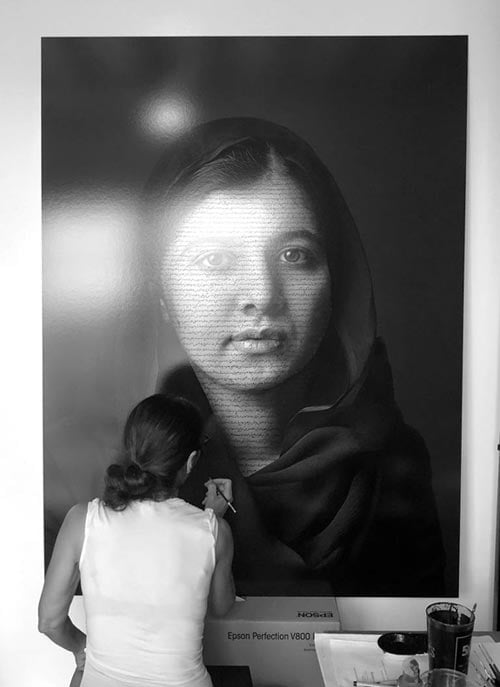 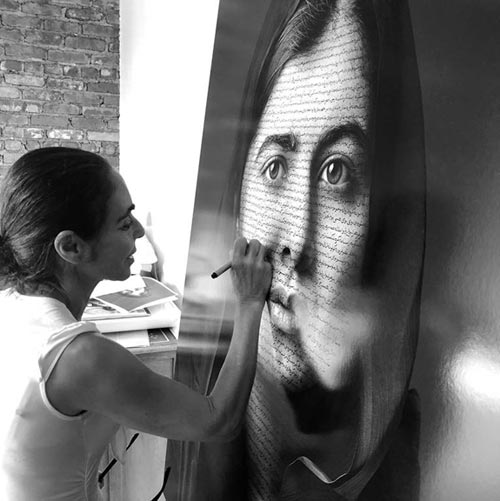 O Malala I, Malala II is your reincarnation and the new Malala of the Pakhtoons.

You can listen to your own voice when Malala II is speaking after a long time, as Malala II is obsessed with what you believed in and acted upon.

As the flag made up of your red shawl is still flying over your grave in Maiwand as a symbol of your heroism for the sake of your Pashtoon Nation, Malala II is also following in your footsteps.

As you made your Pashtoon Nation undefeatable in the history of Maiwand by your own single tappa [a short folk song of northern Indian origin], Malala II is also determined,undefeated and strong enough in carrying out her mission.

No one could break your record of bravery for the last two generations, but she [Malala II] did so, because she does the same for her nation, as you did for yours.

If the people had valued you as equal to flowers [because of your bravery and achievements], so have the flowers themselves gifted Malala II to the people of Pakhtunkhwa.

You might have seen the wreckage of your country, but this Malala II is fit and proper enough to find a solution for compensating for that wreckage.

Whatever tappa you had sung in the battlefield of Maiwand; that tappa had been coined and invented by Malala II, as she is hugely inspiring.

As you encouraged the defeated and disheartened fighters of your nation to come back to the trenches and fight against the enemy, this is Malala II who is determined to accomplish your mission.

While you brought a huge honour to your nation by encouraging your countrymen to fight against the enemy, the same battle is fought by her [Malala II] with the help of a pen [education] to serve her nation.

You are the reflection of the poetry of Sa’eel, but she is a light born from your reflection.

The second portrait of Malala seated at a school desk with an open book will travel to Birmingham Museums, where it will be unveiled in 2020 as part of Coming Home - a new initiative, which will see fifty portraits from the National Portrait Gallery’s collection travel to places across the UK they are closely associated with. 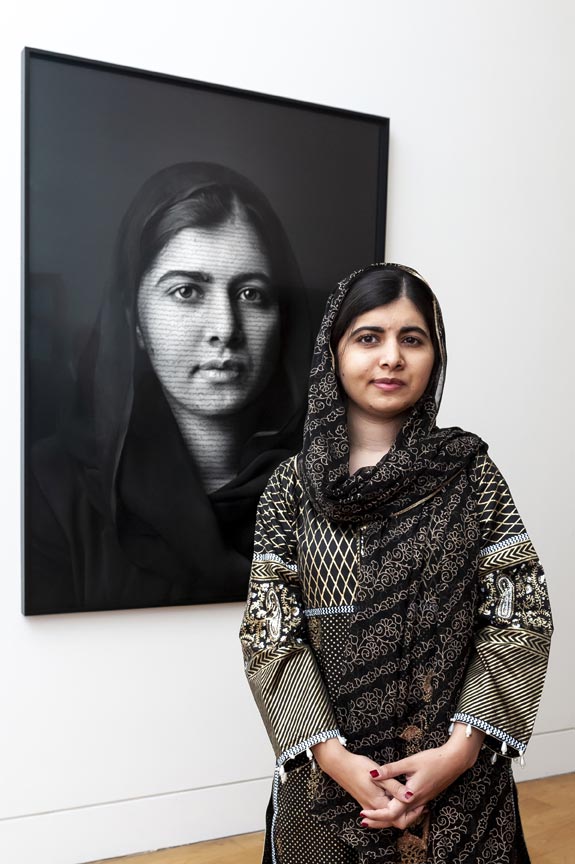 I am honoured to have my portrait included in the National Portrait Gallery alongside some of Britain’s most influential writers, artists and leaders. I hope it will remind visitors that girls everywhere are fighting for change in their communities and countries — their stories must also be heard.

The work is now on display in Room 32.