On Belonging: Photographs by Ketaki Sheth

‘Perhaps home is not a place but simply an irrevocable condition’
James Baldwin, Giovanni's Room

The first time I came across Ketaki Sheth’s work was when I opened her book: A Certain Grace. The Sidi: Indians of African Descent. I was immediately struck by the subtle beauty and sensitivity of her photographs and I was intrigued to discover more about the Sidi, of whom I knew nothing. 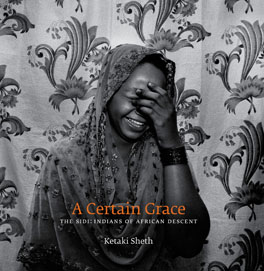 Mumbai based photographer Ketaki Sheth, spent several years visiting Sidi villages across small areas of western India, taking portraits of their daily life. First welcomed by Hirbaiben Lobi, a Sidi woman entrepreneur who became a close friend, Ketaki gained unprecedented access and established a unique rapport with her sitters. The Sidi are a close knit community, the descendents of African slave-soldiers, traders and Muslim pilgrims who migrated to India in successive waves between the 9th and 16th centuries.  Their languages, cuisine and clothes are Indian but they have maintained a connection with their African roots in the form of musical instruments, dances and aspects of religious practice. 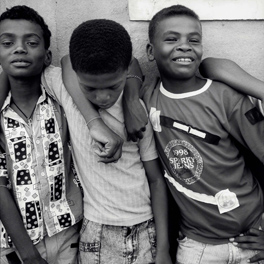 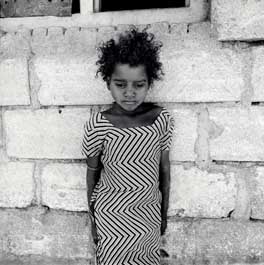 The photographs selected for this display have been carefully chosen to represent the multi-layered narratives of Ketaki’s project and are drawn from a large portfolio of work first exhibited at the National Museum of Modern Art, New Delhi. Ketaki’s choice of a square format in black and white is instrumental in creating an arresting style of photographic portraiture, which drawing attention to her subjects, invites us to witness the personal and shared stories of this little known Indian community. I was particularly inspired by the story of Hirbaiben Lobi, who has become an important figure in the Sidi village of Jambur. Determined to improve the living conditions of her people, she set up development groups for women to deal with issues of health, education and agricultural improvement. Photographed on her farm, Hirbaiben’s portrait shows the strength and resilience of her character as she stares confidently into the camera. 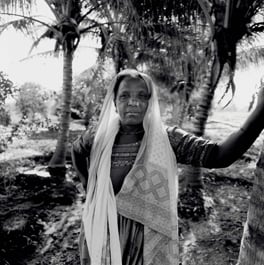 With an introductory essay by Mahmood Mamdani, an African scholar of Gujarati descent, who in 2008 joined Ketaki in her travels around Gujarat, A Certain Grace prompts us with questions about the ideas of belonging and migration but also of cultural representations and identity.

On Belonging: Photographs of Indians of African Descent is at the National Portrait Gallery until 31 August 2015.