On 16 August 1819 – two hundred years ago today – 60,000 peaceful protestors gathered at St Peter’s Field in Manchester to demand the right to vote for all men. At the time only 2% of Britain’s population could vote and many industrial towns, including Manchester, had no representation in Parliament.

The Chief magistrate, William Hulton, sent the yeoman cavalry to arrest Henry Hunt, the speaker at the rally. Drunk and reckless, the yeomanry used sabres on the unarmed men, women and children, killing fifteen and injuring over 700. The event was swiftly called ‘Peterloo’, drawing comparison to the Battle of Waterloo, four years earlier. Peterloo was part of the long working-class struggle for voting rights which began in the 1790s and was not achieved until the Representation of the People Act in 1928.

Journalist Richard Carlile witnessed the Peterloo Massacre and two months later published this vivid engraving depicting the moment the cavalry began their attack (Fig.1). At the centre is Henry Hunt, identifiable by his white hat. Also on the platform is Mary Fildes who was president of the Manchester Female Reform Society. A disproportionate number of women were injured or killed, perhaps indicative of the punishment they faced for having stepped into the political realm. 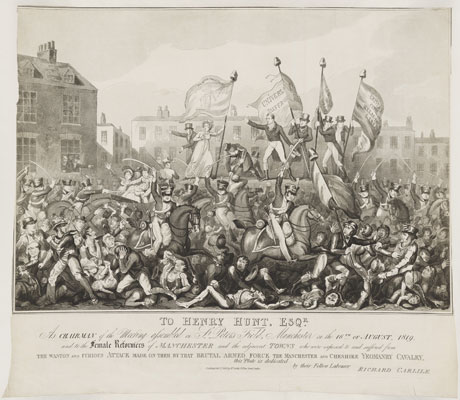 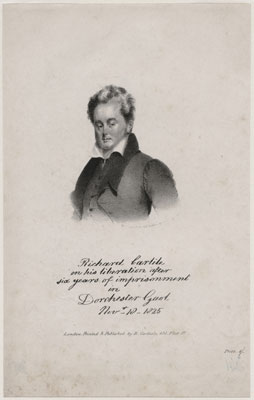 The government refused to make a formal inquiry into why peaceful protestors had been killed on British soil at St Peter’s Field. Instead they created the ‘Six Acts’, tougher laws that restricted the right to assemble. Carlile, along with other organisers of the rally, were imprisoned and accused of sedition (Fig. 2).

Portraits were one medium by which reformers could demonstrate their respectability in the face of an increasingly punitive state. Portraits of Henry Hunt were particularly popular. In fact, children in Manchester wore lockets containing his portrait in miniature. Several portraits were made of Hunt whilst he was in prison. J. Wiche’s watercolour of Hunt shows him sat at writing desk, smartly dressed (Fig. 3). Another portrait was made on the morning after he was sentenced to 30 months in Ilchester Gaol, convicted of ‘seditious intent’ (Fig. 4). Both portraits valorised Hunt’s personal sacrifices for the campaign for radical reform and were sold as talismans of political solidarity. 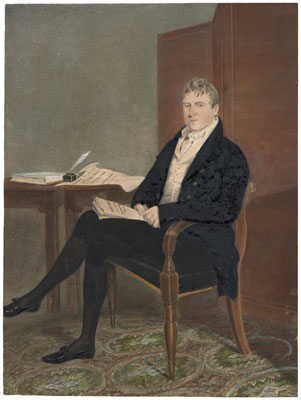 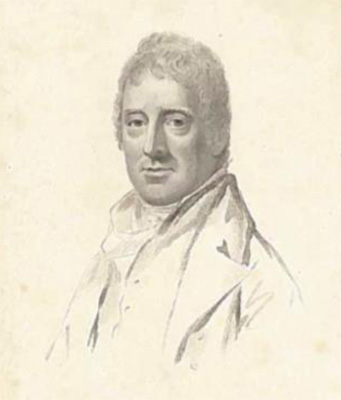 One of the frustrations when looking for portraits made of those involved in Peterloo is that only the richer, more famous and male radicals were portrayed. No portraits, for example, were made of the working-class Lancashire silk-weaver Samuel Bamford whilst he served a one year prison sentence alongside Hunt. Bamford recalled in his memoirs the moment the cavalry attacked the peaceful protesters: there was ‘a sound like thunder, with screams, prayers… from the crowd-moiled and sabre-doomed, who could not escape’. Bamford’s account also criticised Hunt for egotistically believing that his presence – as a famous orator - would halt state violence against the people of Manchester. Bamford was photographed much later in life and his portrait was turned into a carte-de-visite which could be collected, displayed or pasted into an album by his admirers (Fig. 5). 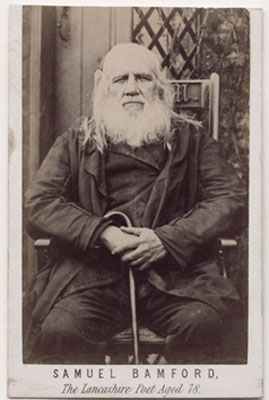 Samuel Bamford by W. Hindshaw, albumen carte-de-visite, circa 1866, Given by Terence Pepper, 2014.

This week in Manchester, Turner-prize winning artist Jeremy Deller unveiled his monument of the Peterloo massacre. No portraits are included in Deller’s monument. Instead he has sought to commemorate the violent events at St. Peter’s Field, and those who lost their lives fighting for the democratic rights we have today, through symbols: hearts, joined hands and the scales of justice.

At the National Portrait Gallery we have taken a different approach to marking the bicentenary of this terrible event. In Room 18 of the Gallery you can see a display featuring a number of portraits of those present at the massacre. Portraits are a powerful way to give a public face to those who are oppressed, marginalised and politically disenfranchised. Portraits assert the individuality of the sitter and the artist can make them more important in our eyes by showing them in powerful postures, through the clothes they wear or by including artefacts of their dissent. In the wake of the Peterloo massacre figureheads of the movement for reform were depicted either in their prison cells or during the attack. Their portraits were produced so that their likenesses could stand in for, and represent, the suffering and the political beliefs of all those at Peterloo.

Peterloo 1819: Democracy, Protest and Justice is on display in Room 18 on the Second Floor until 1 March 2020.

A brilliant and evocative précis of the event in its social and political context. A coolly expressed but passionate description of the struggles of which we are the lucky and often unthinking beneficiaries.
I look forward to seeing the exhibition.