Scandal ’63 ... fifty years on and there are still more discoveries to be made...

At the beginning of May, just before I left for Spain on a holiday (in the style of Mandy Rice-Davies or Christine Keeler), several newspapers ran the story about a ‘mystery portrait’ by society osteopath and amateur artist Stephen Ward that we had ‘rediscovered’ on the reverse of our portrait of Christine Keeler (NPG 5720). 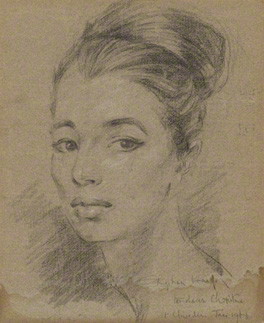 Consulting our files I found that Playboy executive Victor Lownes’s negotiations had assisted our purchase of the portrait from The Pyms Gallery in 1984. The drawing was previously owned by Keeler and she had typed and signed a note in 1975 authenticating it, adding, ‘I don’t know who the girl on the back is – she is somebody we just picked up at a bus-stop.’ The reverse was shown to me in the conservation studio and revealed the portrait of the girl with the ‘Helen Shapiro’ haircut and full lips. The story became more thrilling when we found the following reference in Scandal!, one of Keeler’s autobiographies (made into a film in 1989, staring John Hurt as Ward and Ian McKellan as John Profumo).

‘It was hot and sticky that night. Wherever we (Keeler and her friend Leon Norell) went, the clubs smelt of stale alcohol and sweat. Although I hadn’t found a girl for Stephen, we decided to leave the city. What a relief it was to feel the cool wind blowing in our faces. Driving past London airport, we offered a lift to a girl waiting at a bus stop. She seemed so nice, so we invited her to the party at Stephen’s cottage...’ 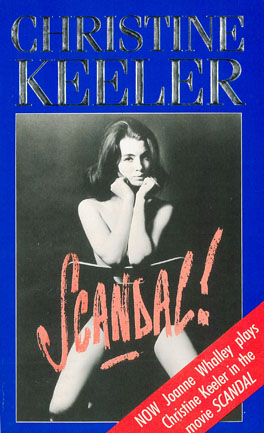 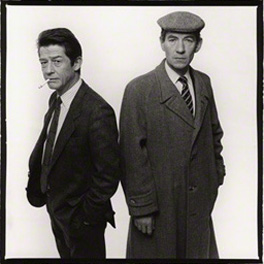 Keeler was describing the party at Spring Cottage on the Cliveden estate on the weekend of 8 and 9 of July 1961 when Keeler as a guest of Ward, was introduced to John Profumo, the Minister of War. He had been dining with Lord Astor whose seat was the grand Italianate house overlooking the Thames in Buckinghamshire. On my visit there recently, I had a peek at the walled pool where they first met, Keeler only covered by a small towel. That she was driven home the following day by the Russian attaché Eugene Ivanov meant that when the story erupted in the press in 1963, the potential security breach was made much of. 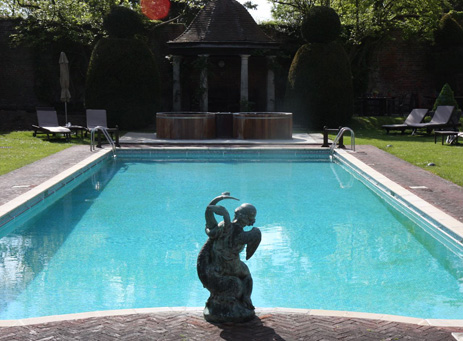 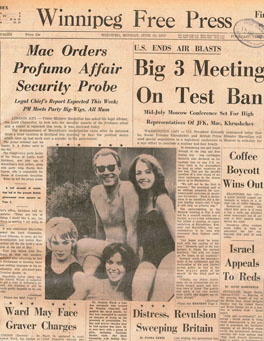 It has been suggested that our mystery portrait could be ‘Miss X’ who testified at Ward’s trial or a hitch hiker picked up by Keeler and her boyfriend Noel Howard-Jones, or as Norell recalled, possibly a girl named Ursula. However the mystery remains as does the immense interest in the events of fifty years ago. In his illuminating talk on 23 May, Richard Davenport-Hines described his doubts that Keeler ever had an affair with Ivanov and that Ward had been ruthlessly scapegoated by the law and the press. Tom Mangold in Profumo Confidential aired on Radio 4 on 25 May shared new evidence found in the diaries of Lord Denning’s secretary Thomas Critchley. Ward was clear that he was not guilty of the crimes he was being convicted for and wrote in a suicide note to Noel Howard-Jones; ‘I am sorry to disappoint the vultures...times were once good.’

One of the many press photographs that were sourced for the display by my colleague Terence Pepper, but that we were unable to include shows photographer, television presenter and writer Daniel Farson in 1963. He is hanging an exhibition of portraits by Ward of antique dealer Adele de Havilland at his Isle of Dogs pub, The Waterman’s Arms. Our display includes the photograph of Ward shown at Farson’s feet. We do not know who took this striking portrait of Ward; could it have been Farson’s friend John Deakin? 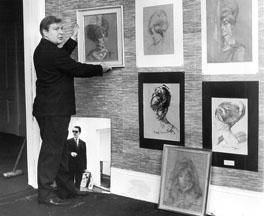 In 1963 and across the last fifty years there have been several versions of the events told through film, music, journalism, satire and art. Clive Irving’s study of the Profumo affair and Pauline Boty’s pop art painting both carried the title Scandal ’63. Photographs of Boty, by Michael Ward and Lewis Morley, show that Morley’s infamous Keeler shot was used by Boty at a final stage of the work. The first retrospective of Boty’s work opened at Wolverhampton Art Gallery on 1 June 2013, but it does not include Scandal ’63 as its whereabouts is not known. And so another mystery awaits a solution....

I think the whole thing is facinating

So delighted to see the Scandal 63 painting back on display via the classic Michael Ward photograph to coincide with the fascinating new 6 part BBC tv series The Trial of Christine Keeler and Tom Magnold’s new documentary broadcast on 26 Jan 2020. Sad to record deaths of more of the subjects since the earlier display but good the new information keeps coming to light!

How interesting. We have it confirmed by the John Deakin Archive that Deakin did take the photograph at Farson's feet in Ward's exhibition. Grundie Heiber has been credited elsewhere for the swimming pool shot (such as in The Secret Worlds of Stephen Ward by Anthony Summers and Stephen Dorrill) so seems likely. Great to have some more probable answers and connections

Warwick - a fascinating blog comment on the photographers of the day meeting together regularly. Did you live at the house they met at then? As for Deakin driving, I suspect that as he was constantly poor, lived in Soho and an alcoholic he did not own a car, and I can find no mention of him driving. Indeed Dan Farson says on many occasions that Deakin was collected or driven or taken or brought by so-and so. I work for the Deakin Archive, so we'll see how we can get the full set of negs taken of Ward and show them here. Hope this helps!

Ward knew all the photographers in London, even the ones into 'glam' shots and outright porn. Deakin must have been one of the gang. They often used to gather at Lord Avebury's place (aka John Lubbock) High Elms in Old Orpington and get into testing the latest gear, courtesy of the guys working for, and as freelances for, the 2 photo-mags of the day. Hundreds of photos were taken. Snowdon was a regular member, but if the girls often present began to strip he would hop on his Triumph and disappear! "I've been warned-off, they don't like it," (his in-laws). Where are all these photos? They later tried a place in Guilford, leased by GHM, then found Ewhurst. One guy had a Jaguar MkII, another one of 6 German cars in UK, made in Bremarhavn and went bust early, forget name. Been trying to find photos that give clues and research the cars in some of them to no avail. What car did Deakin have? Oh yes, the photo of Ward with Keeler/Sally Norie, the blond is Grundie Heiber (sounds German)-

Warwick - why should anybody work it out ? Surely the time factor of 50 years plus adds weight to that. A bit confusing anyway.

I smile with interest as I too also have a copy of this pool photo within my family album. The two mystery girls and myself are sisters. It is strange that no-one has ever worked this out, as all the girls including Mandy and Christine were friends. I do not understand the claims that others have made regarding the identity of the girls.

I visited the show last week and enjoyed it a lot. Fascinating stuff that I had not seen before.
There's a photo from AP on show with the caption: 'AP Wirephoto NY-13-June 8. DR WARD AND THE GIRLS – This informal group in swimsuits includes Dr Stephen Ward who was arrested in London today and three of the girls who have been involved in the case that has shaken the Conservative government of Britain. Christine Keeler, right, is the girl whose relationship with War Minister John Profumo triggered the scandal. Marily [sic] Rice-Davies, left, and Paula Hamilton-Marshall, have been questioned in the case. (AP Wirephoto by cable from London) (See AP wire story) (nw71353pw) 1963' AP's caption has been accepted without comment in the text that accompanies the photo, but the truth is far more interesting.

The original of this photo once belonged to Christine Keeler . It was taken by John Profumo at Cliveden on 9 July 1961, the day after Christine met Profumo there. The two women are not Rice-Davis or Hamilton-Marshall, but Sally Norie (with dark hair) - see the Sunday Mirror of 28 July 1963 - and another girlfriend of Stephen Ward's, whose name I do not know. It is noteworthy that AP should have chosen to give an inaccurate description of the subjects of a two year old photograph for their American audience, who might have accepted what they said uncritically. The photograph has been published in many contexts, but no one shares AP's description of its subjects.

Yes the display is open until 15 September in Room 32.

To Sarpar -Reply from Co-Curator of Scandal 63
Yes the display will be still be on view on the 14th-15 June and continues until 15th September.
The Gallery is open until 9pm on the Friday but only 6pm on the Saturday. We have updated information on the NPG's Website in the Whats On " Displays" section giving a better idea of the contents of the show (29 items in 10 frames. Thanks for your interest