See the discoveries and developments from our Inspiring People building works

Over a year ago, we closed our doors to undergo a major transformation. We’re excited to share with you an update on our Inspiring People redevelopment works, as well as some discoveries made during construction, and some changes you can look forward to seeing at the Gallery when it reopens in 2023.

We’ll be welcoming you back to our Gallery with a more open and accessible visitor entrance and forecourt, that’ll be on the North Façade of the building. Three windows are being altered to become doors that’ll lead to a new entrance hall and, in the video below, you can hear from our Director Dr. Nicholas Cullinan and Architect Jamie Fobert on what this new entrance will look like…

Inspiring People will also transform the quality of education provision at the Gallery through the creation of a new Learning Centre. This much-improved Centre will increase the Gallery’s learning spaces from one studio to three, with each studio having specialist equipment and breakout space. This will offer a better learning experience for schools, families, young people, community groups and adult learners.

During the construction work at the Gallery, we’ve also made some exciting discoveries, including some original architectural details. We uncovered windows which brought in new light and openness to the space, as we look at ways of highlighting these architectural features in our new Gallery.

These architectural details weren’t the only discovery as part of our Inspiring People project. In order for the redevelopment to take place, we started by decanting our Collection. This enabled our Conservation team to inspect and survey all displayed portraits before they were placed into storage, or went on loan. It was during this process that our Conservators discovered more about the life of some of the portraits in our Collection. 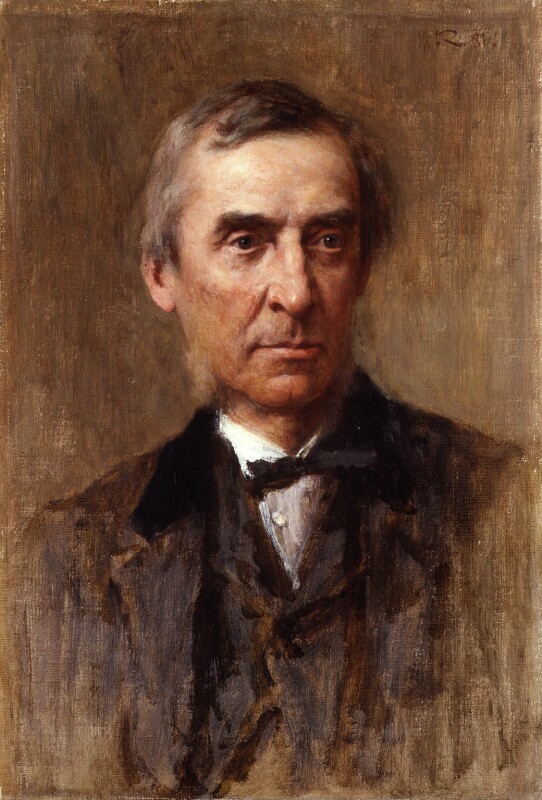 Alexandra Gent, a Conservator in our team, explains: “Removing each portrait from display presented a rare opportunity to see so many portraits up close at once. The Conservation team inspected and photographed both the front and back of each framed painting, as they packed them ready for transportation. Whilst the portrait itself is most important, a lot can be learnt by looking at the reverse of artworks. As well as helping us to understand how a painting was made, examining the back of a picture and its frame can often reveal information about its history through the presence of inscriptions and exhibition labels.” 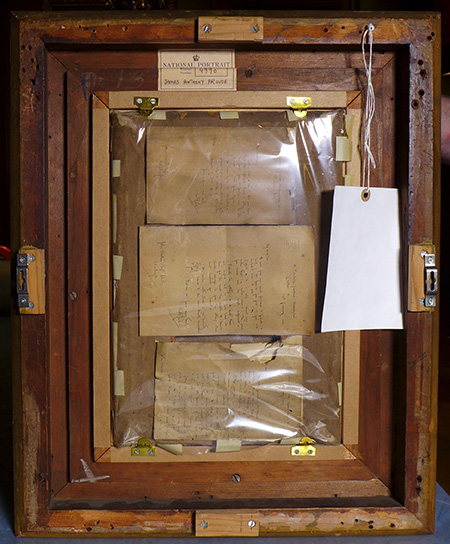 While moving the Collection, it was found that the back of one particular painting had more information attached than we would typically be expected. When we took the small portrait of James Anthony Froude, who was a historian born in 1818, out of the display case in the Victorian galleries, three hand-written letters were visible, attached to the reverse of the painting.

We asked Gent about the history of these letters, who shared: “It transpired that these letters had been sent by the artist George Reid to the man who had commissioned him to make the portrait of Froude, John Skelton. Skelton moved in the same social circles as Froude and wrote essays, reviews and historical papers using the pen-name of Shirley, including ‘The Table Talk of Shirley’ (1895).

Reid was one of the leading Scottish portrait artists at the time, working in Aberdeen, Edinburgh and occasionally London, and would later become President of the Royal Scottish Academy. The letters, attached to the back of the painting, were sent from Reid to Skelton in Edinburgh and showed that the artist stayed in London when Froude sat for his portrait.”

In these letters, first dated 29 January 1881, Reid writes to Skelton to accept the commission and suggest he makes a cabinet size painting in oils instead of watercolour. Skelton replied saying he will require two or three sittings from Froude in order to create the portrait. The letters continue, with each one discussing the portrait and, in the final letter on the 8 May 1881, Reid reports that the portrait has been finished and asks Skelton where he would like it to be sent.

Upon making this discovery, the letters were examined by a paper conservator. Although they obscure the back of the painting, it was decided that they should be left in place, rather than risk damage by removing them.

The frame itself also has an important part to play in the story of this painting, as Gent notes: “The portrait has a gilded frame with enriched fluted decoration — one of four standard styles that Reid routinely used for his portraits. While the letters had already been given some protection by covering them with a layer of thin polyester film, the back of the frame has now been adapted so that they are encased behind a solid sealed backing board. This will ensure that they continue to be preserved, while new digital photographs have been taken of the letters so that the information remains accessible.”

Find out more about our transformational redevelopment works

Really Beautiful.
Thank you for this sensitive and exciting work on our National Treasure.
Natalie

Really like what you are planning for the new entrance, but please don't make too many changes to the inside. As a regular visitor from overseas, the NPG is my favourite place in London, and I want to recognise all the aspects I've loved for decades!

Such interesting reading about what's going on in the gallery.. Thank you for giving us all something to look forward to when the gallery opens. Can't wait!!

Having the chance to 'see behind the scenes' at what is being discovered is brilliant. Coming from a dull, East Midlands town (with lovely little gallery but also currently closed for refurbishment for two years), London and the Galleries/buzz/architecture/museums/walks are all that make me feel connected to another world, somewhere I can still learn (I am getting on a bit!) and with so much we can still be proud of. I didn't know how I would cope without the NPG, for so many years a place of sanctuary and enlightenment, but I am coping thanks to the regular emails! I can't afford to visit as much as I would like, thanks to the cost of train fares, but it's something to look forward to. There's not much of that at the moment. Thank you!

As somebody who seems to have been sheltering for ever the National Portrait information since your closure has helped me hope that "the new normal", whenever it happens, will be as inspiring as your future plans..

Thank you for the fascinating material in this update, which has brought life into my dull, post-Christmas isolation. I look forward so much to coming back to the renewed gallery next year.

I applaud this work, but am concerned as to how you maintain the light levels on the Main staircase with the windows uncovered again, do you intend to install external light control blinds controlled by the BMS similar to the top lit gallery rooms which had been controlled for the past twenty or so years? The the main staircase windows were blocked off 10 ten ago as money was not available to install blinds to control light levels and the Direct sunlight in high summer caused the collection displayed in that area to be restricted. The BMS tracked the sun and prevented direct light from entering the top lit gallery spaces, while measuring and recording exposure light levels, it enabled the electric lighting to top up the natural light to preset levels ensuring at all times ensuring that direct sun light never came in contact with the collection by use of the external blinds. Are you installing similar system controls on the main staircase?