Shaped with light: Silhouettes and photography on display and in the archives

Our recent display Photography: A Living Art – Then and Now, explored the relationship between historical and contemporary photographs from the National Portrait Gallery’s Collection. Recently acquired tintypes by Joni Sternbach and photograms by Adam Fuss and Christopher Bucklow are shown alongside seaside souvenir tintypes from the 1870s and portraits by the twentieth-century photographic masters André Kertész and Cecil Beaton. Together, they highlight how contemporary practitioners are revisiting past photographic processes, allowing them to explore the technical and expressive possibilities of their medium.

Connections are also made with silhouettes, which became popular from the mid-eighteenth century onwards. Silhouettes preceded photography (whose discovery was announced to the world in 1839) in revolutionising portrait-making through its affordability and speed, thus widening portraiture’s clientele beyond the elite few. By the 1820s, professional profile studios were located in all major towns and cities, much as photographic studios would follow decades later. Aesthetic parallels between silhouettes and the photographs on show are also apparent, but the following discoveries in our Archive Collection reveal yet more notable comparisons: The creator of this image, Charles Stanley Hervé, was an entrepreneurial silhouette and miniature portrait artist who operated various studios in London. He invented ‘Prosopographus, the Automaton Artist’, a mechanical, travelling attraction that claimed to quickly trace an accurate outline drawing of a sitter’s profile by mechanical means, but that was, in reality, controlled by a concealed operator. The outline could then be hand-filled in plain black or painted with detailed embellishments. Although not real mechanisation, the claim to it certainly pre-empts photography’s function. Meanwhile, the title of Thomas Holloway’s engraving from 1792 likewise makes claims to the silhouette process’s ability to create efficient and reliable likenesses. Depicting a silhouette artist tracing his sitter’s shadow cast by candlelight, Holloway’s image distinctly links the use of light and a mechanised process to portrait production, recalling photography’s later attempts to create permanent images by recording light with chemistry and technology. Additionally, while silhouettes reduce portraits to their most basic element – shape – the text in Holloway’s engraving still asserts the medium’s ability to convey a sitter’s personality:

This is the Character I would assign to the silhouette of this Young person; I find in it Goodness without much Ingenuity; Clearness of Idea, & a ready Conception, a mind very industrious, but, little governed by a lively Imagination, & not attached to a rigid punctuality; We do not discern in the Copy; the Character of Gaiety which is conspicuous in the Original; but the Nose is improved in the silhouette, it expresses more Ingenuity.

In this statement, Holloway expresses the traditional belief that successful portraiture reveals a sitter’s mental characteristics alongside their physical traits – the displayed contemporary photographic silhouettes by Fuss and Bucklow also appear suggestive of this idea. Through the rippled water that registered the babies’ movements in Fuss’s Invocation series, and the seemingly glowing figure in Bucklow’s Tetrarch, the sitters’ life force or energy – their ‘essence’ – is evoked, returning us once again to ideas surrounding portrait-making from centuries past. 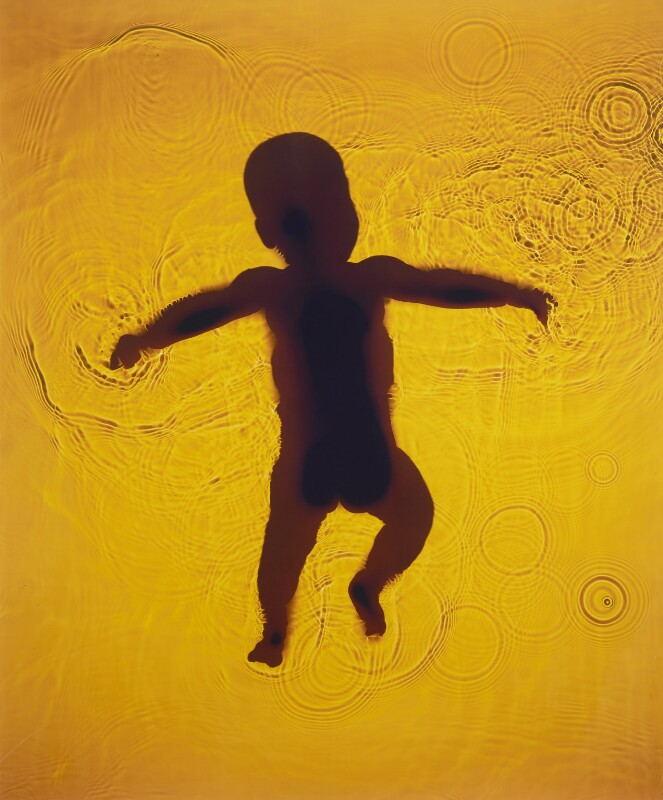