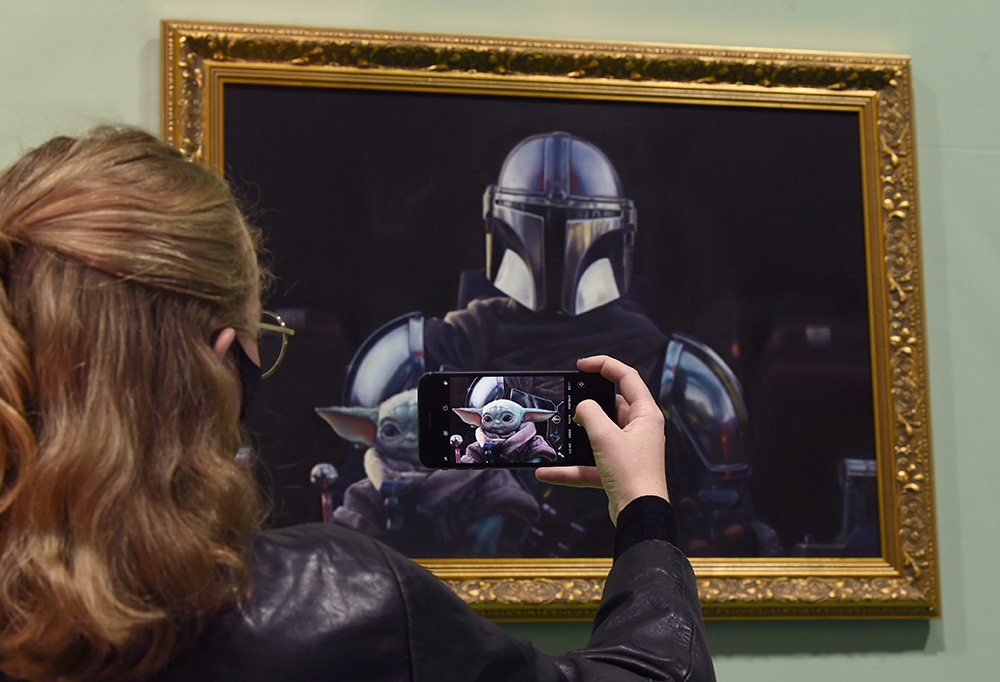 The Star Wars franchise is a cultural phenomenon that has had a huge impact on popular culture. From the beginning, the film saga has involved a wide range of British film industry talent from leading actors to those working behind the scenes. From Alec Guinness and Peter Cushing’s roles in Star Wars: A New Hope (1977), which was shot mainly in Hertfordshire at Elstree Studios, to John Boyega and Daisy Ridley starring in Star Wars: The Rise of Skywalker (2019), much of which was filmed at Pinewood Studios in Buckinghamshire.

To celebrate this link to British industry and culture the Gallery has worked with Disney+ on a special display, which we hope will introduce new audiences to our Collection. The display at The Unit in the West End marks the launch of the second season of Lucasfilm’s The Mandalorian and will include images from the Gallery’s Collection and a painting entitled ‘The Mandalorian and the Child’. The display will also include original concept art from The Mandalorian created by artists such as Doug Chiang, John Park and Christian Alzman.

The display will be available to view via a free-ticketed event, from Friday 30 to Saturday 31 October 2020. Here you can explore the portraits which feature in the display and read the Youth Forum’s responses. People should register their interest in a free ticket to the display by contacting [email protected]. 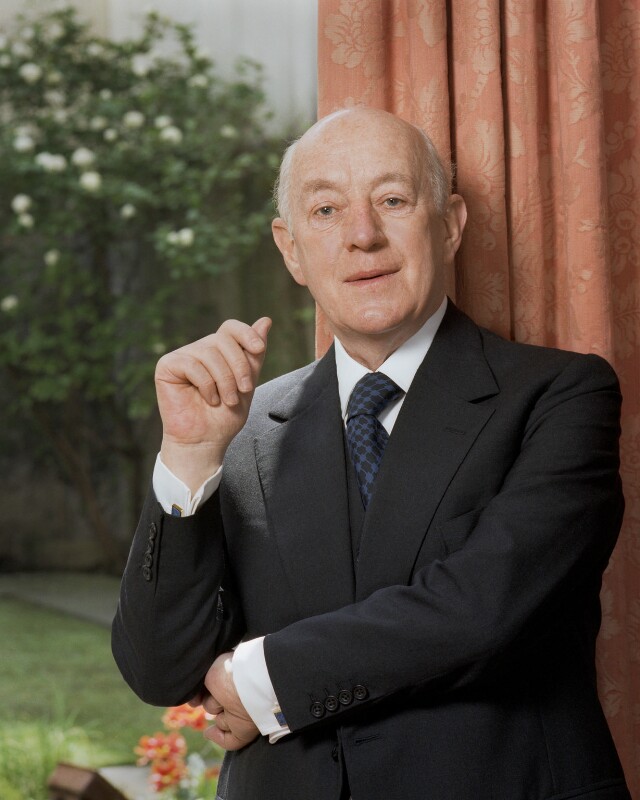 A stage actor of distinction, in the late 1940s Alec Guinness extended his range to films and won acclaim with the eight roles he played in Kind Hearts and Coronets (1949). A string of successes followed, including a number of Ealing Studio films. He became an international star when he appeared as Obi-Wan Kenobi in the first three Star Wars films (1977-83). This photograph was taken in 1978, a year after Sir Alec’s first appearance in Star Wars: Episode IV – A New Hope. 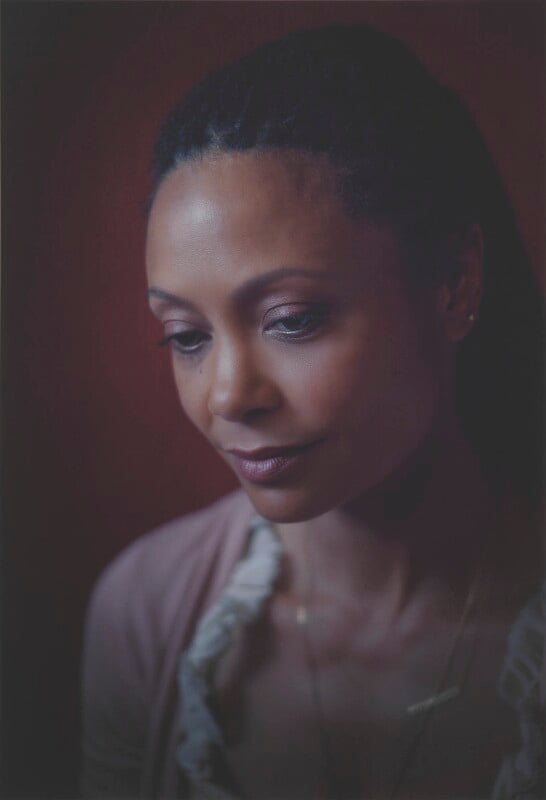 Thandie Newton was born in London and grew up in Cornwall. She made her film debut in Flirting (1991) and was awarded a BAFTA for Best Supporting Actress in Crash (2006). In 2011, she made her London stage debut in Death and the Maiden at the Harold Pinter Theatre. Newton is a passionate advocate for equal pay in the film industry. Newton appeared as Val in Solo: A Star Wars Story (2018). Ben Morris, is Creative Director and a founding member of Industrial Light & Magic, where he was the visual effects supervisor. His extensive career covers films such as The Golden Compass (2007) and War Horse (2011). Morris has worked on two of the most recent Star Wars films, Star Wars: The Force Awakens (2015) and Star Wars: The Last Jedi (2017). Actor Felicity Jones has built an impressive movie career with films The Invisible Woman (2013) and The Theory of Everything (2014), which was met with critical acclaim and gained her Academy Award, BAFTA and Golden Globe nominations for Best Actress. In 2016, Jones starred as Jyn Erso in Rogue One: A Star Wars Story and was awarded the BAFTA Britannia Award for British Artist of the Year. Riz Ahmed made his film debut in The Road to Guantánamo (2006) before his breakthrough role in Nightcrawler (2014). In 2016, he starred in the mini-series The Night Of, winning an Emmy Award for Outstanding Lead Actor. In 2017 Ahmed gave a speech at the House of Commons, highlighting the lack of diversity in the film and television industry. In 2016, Ahmed starred as Bodhi Rook in Rogue One: A Star Wars Story. Gareth Edwards is a film director, screenwriter, cinematographer and visual effects artist who first gained widespread recognition for Monsters (2010). Edwards directed Rogue One: A Star Wars Story in 2016. He also has a small cameo role in this and Star Wars: The Last Jedi (2017). He is pictured in this photograph at Pinewood Studios in Buckinghamshire.

The Gallery’s Youth Forum were given a first look at 'The Mandalorian and the Child’: ‘We really like the composition of the portrait – we’re all so used to seeing the Child as a cute meme, but he’s not in the centre of the canvas, he’s down to one side. It really makes you look carefully to see what the picture is about and what the relationship is with the figure of the Mandalorian.’

The Youth Forum also said: ‘It’s really great that the Child is a character we know as ‘Baby Yoda’, but because our families have been watching Star Wars films since 1977, our older relatives recognize him as similar to the character of Yoda – it’s cool that we can all talk about it together.’

Thanks so much for your comments, the artist of The Mandalorian and the Child wishes to remain anonymous at this time.

Doesn’t say who she is. I think this is shocking.

Who is she, this woman who painted The Mandalorian and the Child?