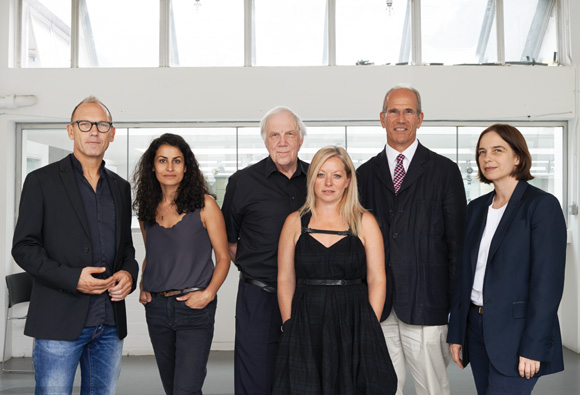 Two of the judging panel for the Taylor Wessing Photographic Portrait Prize 2013, Rebecca Valentine, photographic agent and owner of vaarta.co.uk, and Suki Dhanda, photographer, give insights into the selection of the four shortlisted portraits. 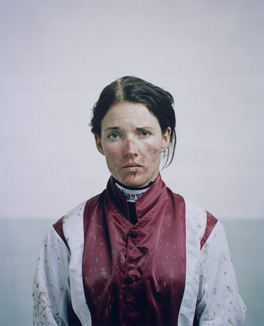 I think the quality of the photography  – the colours, the colour balance and the palette that he’s used – really stood out from everything else in the over 5,000 images we looked at. Her expression is almost one of defeat, she seems exhausted and looks so female, and clearly emotional, in what is a very masculine sport. All sorts of reasons: primarily the photography; secondarily the portraiture and thirdly the celebrity, make it a winner. 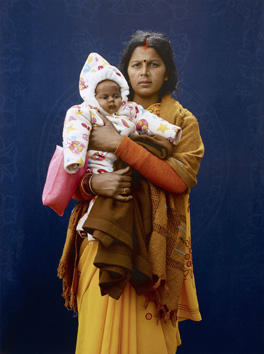 What struck me about this portrait was that it is not a typical portrait of an Indian woman, photographed in India. Because of the plain, contrasting backdrop it could have been taken anywhere – it doesn’t have the busy background of a street scene or crowds typical of photographs made there. But the light is so beautiful it has to be in India and the combination of fabrics, the way she is isolated and the expression on her face as she looks at the camera, really caught my attention. 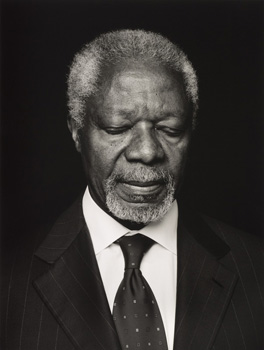 The reason this particularly resonated was the power of the use of black and white and his expression. Ordinarily when people are photographed with their eyes closed, they look very serene and rested whereas he doesn’t. He looks troubled – he seems to have the weight of the world on his shoulders. I thought it was the perfect portrait of Kofi Annan. 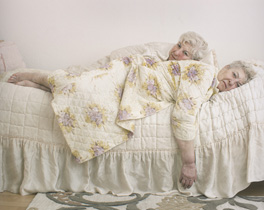 The Twins by Dorothee Deiss

What’s interesting about this portrait is the composition and the layering of different colours in what is, on first glance, a very quiet picture. The restricted palette of tones that have been used for the bed sheets and the dressing gowns all seem to reflect the colour of the twins’ hair – these combined elements all made this portrait stand out. The way the two women are entwined means that they seem to merge. It’s complicated, but it doesn’t feel contrived.

As part of the Taylor Wessing Photographic Portrait Prize 2013 exhibition.

Spencer Murphy deservedly has won. The quality of the shot is indeed extraordinary, you can make out the pearls of sweat on her brow...the rest of the exhibition however, I find mostly predictable and rather boring.