A Guide to Victorian & Edwardian Portraits 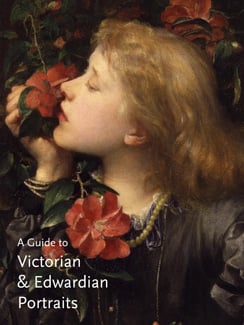 Peter Funnell and Jan Marsh
Published in association with the National Trust
An introduction to Victorian and Edwardian portraits selected by the National Portrait Gallery and the National Trust. From the revolutionary ideas of the Pre-Raphaelite Brotherhood in the mid-nineteenth century to outstanding society portraits of the early twentieth century, this guide encompasses the invention of photography, large narrative paintings and popular prints depicting events, royalty, statesmen, soldiers, scientists, actors and writers.

The Victorians and Edwardians believed passionately in the historical importance of their age and wanted to record the great figures of their time. During Queen Victoria’s reign (1837–1901) Britain became the world’s first industrialised commercial power. This wealth, combined with the prestige of the British empire, created an extraordinary source of patronage for portraiture, and a legacy that includes the world’s first dedicated gallery of portraits – the National Portrait Gallery, London.

This informative and accessible guide reveals an astonishing range of styles, techniques and subjects from the nineteenth and early-twentieth centuries. Illustrations and engaging commentaries on sitters, from Charles Darwin to Virginia Woolf, shed light on the various ways in which people chose to be presented – wherever possible using the actual words of the artists, photographers and their subjects themselves.

Although Edward VII’s reign lasted for less than a decade (1901–10), he oversaw not only the growth of a more democratic state, but also the development of art education and training for women artists. The Edwardian sitters featured in this book reveal the changing society that came to influence twentieth-century British portraiture.

Peter Funnell is Curator of Nineteenth-Century Portraits and Head of Research Programmes at the National Portrait Gallery, London
Jan Marsh is a writer specialising in biographies of artists and authors.