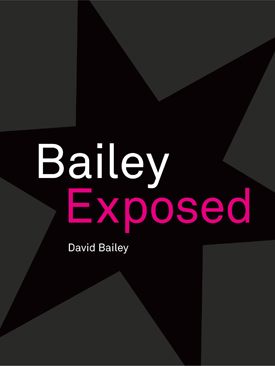 A collection of observations and quips by the celebrated British photographer, with contributions from some of his most famous sitters, and a wealth of images, some previously unseen.

‘If you make your mark early on, you’re lumbered with it. I bet Michelangelo said ‘Not another f***ing ceiling!”’ David Bailey Born into a working-class family in London’s East End in 1938, David Bailey became the best-known photographer of his generation and has led a life that most people can only dream of. His iconic portraits of some of the world’s most famous figures helped to define the fashionable London scene of the 1960s, and soon propelled him into the centre of that world. Drawing on numerous interviews, some previously unpublished, and illustrated with many iconic photographs as well as previously unpublished images from Bailey’s private archive, this book explores the man behind the camera. His outspoken and irreverent observations on life, death, women, style, fashion, sex, class, the movies, the sixties, photography and Hitler are as thought-provoking as they are revealing. The book also contains the reflections of some of the illustrious figures Bailey has worked with, among them Angelica Huston, Paul Smith, Jerry Hall, Catherine Deneuve, Mary Quant, Kenneth Williams, Jean Shrimpton, Penelope Tree, Damien Hirst and Diana Vreeland, as well as fellow photographers Cecil Beaton, Terence Donovan and Brian Duffy. In their interviews and writings over the years, these figures have provided some fascinating insights into the experience of being the focus of Bailey’s lens.