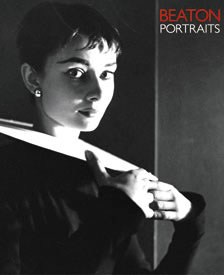 Accompanies the major exhibition at the National Portrait Gallery, London, from 5 February to 31 May 2004 and at the Wolfsburg Gallery, Germany, from 21 January to mid April 2005.

Beaton at Large, a complementary exhibition of Beaton's modern prints will be on display at Sotheby's, London from 10-20 February 2004.

'Cecil Beaton has been a great inspiration for my work.'
Mario Testino

One of the most distinguished photographers of the twentieth century, Cecil Beaton is renowned for his portraits of well-known faces from the worlds of fashion, literature and film. His legacy continues through the works of such contemporary photographers as Johnnie Shand Kydd, David Bailey and Mario Testino.

Beaton's talents were multi-faceted. He was an accomplished illustrator, painter, writer and diarist and in addition designed sets and costumes for film, theatre and opera. However, it was as a photographer that Beaton displayed real genius. For many years he was a major contributor to V ogue in London, Paris and New York. His long and varied career and his ability to attune himself to changing fashions enabled him to capture a diverse range of subjects on camera, from the Sitwells to the Rolling Stones, from Salvador Dalí to Francis Bacon, from Audrey Hepburn to Marilyn Monroe.

Peter Conrad's incisive essay unpeels the complex layers of Beaton's photographic work, and is supported by sumptuous full-page plates, including Beaton's self-portraits and previously unseen photographs. This new and extensive retrospective celebrates the remarkable life and achievements of this avant-garde, yet quintessential, Englishman whose flamboyant sense of style marks him as one of the most important photographers of recent history.

Terence Pepper is Curator of Photographs at the National Portrait Gallery, London. He is the author of several publications including monographs on James Abbe, Horst P. Horst, Norman Parkinson, Lewis Morley and Dorothy Wilding.

Sir Roy Strong, writer and historian, was Director of the National Portrait Gallery, London (1967-73) and of the Victoria & Albert Museum (1974-87). In both institutions he pioneered the acceptance of photography and inspired the formation of major photographic collections. He was a personal friend of Beaton.

Peter Conrad was born in Australia. Since 1973 he has taught at Christ Church, Oxford. He is the author of many books including Modern Times, Modern Places: Life and Art in the Twentieth Century, as well as studies of Alfred Hitchcock and Orson Welles. He writes for the Observer, and is classical music critic of the New Statesman.