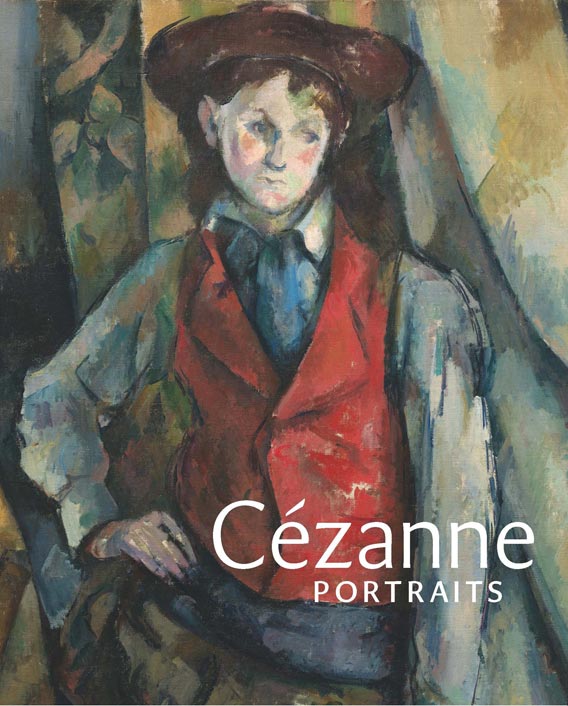 Paul Cézanne (1839–1906) painted almost 200 portraits, including twenty-six of himself and twenty-nine of his wife. This book explores the portraiture of this remarkable artist, whom both Matisse and Picasso called ‘the father of us all’, and accompanies a major international exhibition – the first devoted exclusively to this aspect of Cézanne’s work.

This book, like the exhibition it accompanies, looks at the special pictorial and thematic characteristics of Cézanne’s portraiture practice, including his creation of complementary pairs and multiple versions of the same subject. The chronological development of the artist’s portraiture is also explored, with an examination of the changes that occurred with respect to his style and method, on the one hand, and his understanding of resemblance and identity, on the other. The extent to which particular sitters inflected the characteristics and development of his practice is also considered.
Cézanne Portraits features works that mutually inform each other to reveal arguably the most personal, and therefore most human, aspect of his art, and one that has hitherto received surprisingly little attention. They range from Cézanne’s earliest surviving self-portraits, dating from the 1860s, through to his final portraits of Vallier, the gardener at his house near Aix-en-Provence, made shortly before the artist’s death in 1906.
Exhibition curator John Elderfield contributes an illuminating introductory essay on Cézanne’s portraiture, while the artist’s biographer, the late Alex Danchev, provides an informative dramatis personae on the sitters featured. The catalogue texts are by John Elderfield, Mary Morton and Xavier Rey, and a chronology by Jayne Warman sets the artist’s work in the context of his life.

John Elderfield is Chief Curator Emeritus of Painting and Sculpture at The Museum of Modern Art, New York, where he has organised numerous exhibitions, including major retrospectives devoted to Pierre Bonnard, Willem de Kooning, Henri Matisse and Kurt Schwitters.

Mary Morton is Curator and Head of the Department of French Paintings at the National Gallery of Art, Washington DC.

Jayne Warman is a director of the Cézanne online catalogue raisonné.

Alex Danchev was Professor of International Relations at the University of St Andrews. He was the author of the acclaimed biography Cézanne: A Life (2012) and the editor of a collection of the artist’s letters (2013).