Elizabeth I & Her People 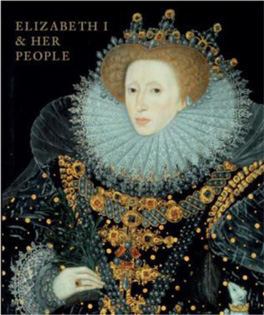 Elizabeth I & Her People explores the achievements and developments of the Elizabethan period through portraits of those who brought them about. For the first time, merchants, lawyers, physicians, poets and artisans from across the middle classes were represented in portraiture. This lavishly illustrated book tells their stories, as well as those of courtiers, nobles and the Queen herself.

The reign of Queen Elizabeth I, which spanned over forty years, was a time of economic stability, with outstanding successes in the fields of maritime exploration and defence. The period also saw a huge expansion in trade, the creation of new industries, a rise in social mobility, urbanisation and the development of an extraordinary literary culture. Elizabeth I & Her People explores the stories of those individuals whose achievements brought about these changes in the context of an emerging national identity, as well as giving a fascinating glimpse into their way of life through accessories and artefacts.

The book, which accompanies a major exhibition at the National Portrait Gallery, London, features portraits of the Queen and her courtiers, including explorers and sea captains such as Francis Drake and Martin Frobisher, statesmen and soldiers such as William Cecil, Lord Burghley and Christopher Hatton and enchanting portraits of the Queen’s female courtiers such as Bess of Hardwick, Countess of Shrewsbury, and Elizabeth Vernon, Countess of Southampton.

However, from the mid-sixteenth-century interest in portraiture broadened, as members of a growing wealthy middle class sought to have their likenesses captured for posterity. The book includes intriguing lesser-known images of Elizabethan merchants, lawyers, goldsmiths, butchers, calligraphers, playwrights and artists – all of whom contributed to the making of a nation and a new world power.

Tarnya Cooper is Chief Curator at the National Portrait Gallery. Her other publications include Searching for Shakespeare (2006), A Guide to Tudor & Jacobean Portraits (2008) and Citizen Portrait – Portrait Painting and the Urban Elite, 1540–1620 (2012).


Ian W. Archer is Fellow and Tutor in Modern History at Keble College, Oxford. His primary research interests lie in the history of early modern London and he has written widely on Elizabethan England.

Lena Cowen Orlin is visiting Professor of English at Georgetown University and Executive Director of the Shakespeare Association of America. Her books include Locating Privacy in Tudor London (2007).