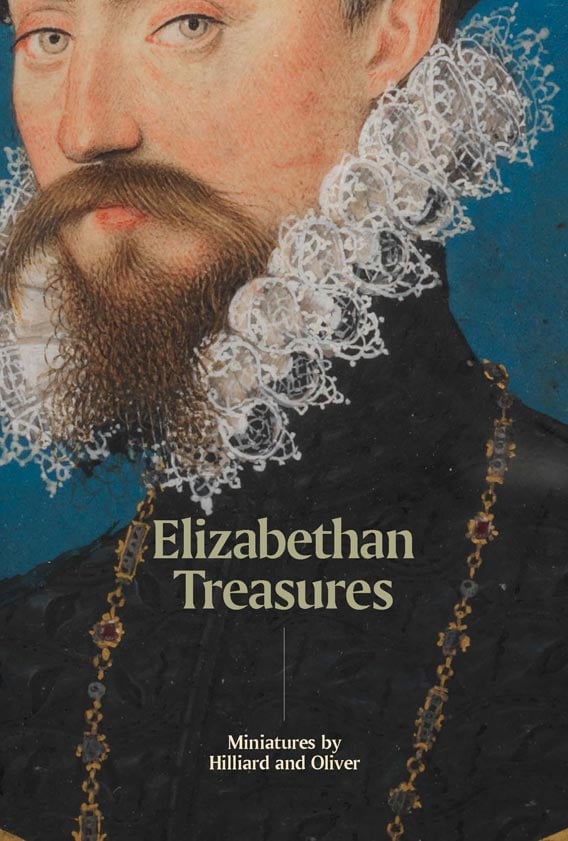 In the late sixteenth and early seventeenth centuries there was one art form in which English artists excelled above all their continental European counterparts: the painting of miniatures. This fascinating book explores the genre with special reference to two of its most accomplished practitioners, Nicholas Hilliard and Isaac Oliver, whose astounding skill brought them international fame and admiration.

Four centuries ago, England was famous primarily for its literary culture – the drama of Shakespeare and Ben Jonson and the works of the great lyrical and metaphysical poets. When it came to the production of visual art, the country was seen as something of a backwater. However, there was one art form for which English artists of this period were renowned: portrait miniature painting, or as it was known at the time, limning. Growing from roots in manuscript illumination, it was brought to astonishing heights of skill by two artists in particular: Nicholas Hilliard (1547?–1619) and Isaac Oliver (c.1565–1617).

In addition to exhibiting the exquisite technique of the artists, portrait miniatures express in a unique way many of the most distinctive and fascinating aspects of court life in this period: ostentatious secrecy, games of courtly love, arcane symbolism, a love of intricacy and decoration. Bedecked in elaborate lace, encrusted in jewellery and sprinkled with flowers, court ladies smile enigmatically at the viewer; their male counterparts rest on grassy banks or lean against trees, sighing over thwarted love, or more modestly express their hopes in Latin epigrams inscribed around their heads. Often set in richly enamelled and jewelled gold lockets, or beautifully turned ivory or ebony boxes, such miniatures could be concealed or revealed, exchanged or kept, as part of elaborate processes of friendship, love, patronage and diplomacy at the courts of Elizabeth I and James I/VI. This richly illustrated book, like the exhibition it accompanies, explores what the portrait miniature reveals about identity, society and visual culture in Elizabethan and Jacobean England.

Catharine MacLeod is Senior Curator, Seventeenth-Century Portraits at the National Portrait Gallery, London, whose other books include Painted Ladies: Women at the Court of Charles II (2001) and The Lost Prince: The Life & Death of Henry Stuart (2012).