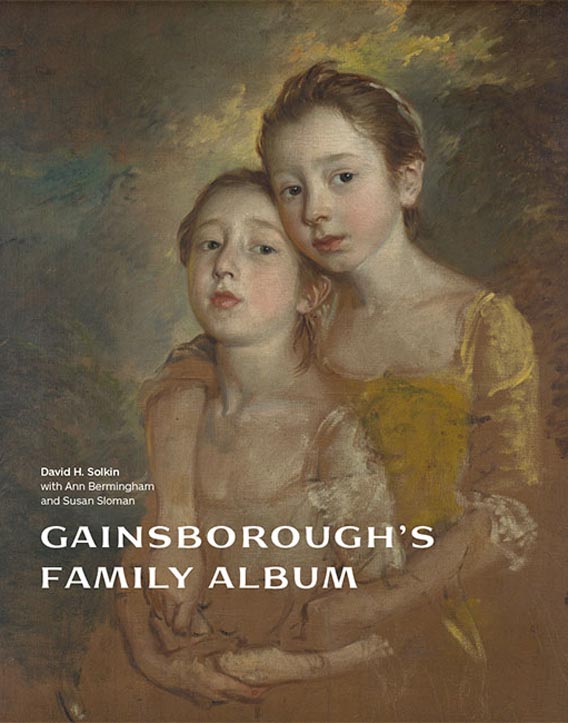 Featuring over 50 portraits by the 18th-century master Thomas Gainsborough (1727–88) – of himself, his wife, his daughters and other close relatives – this ‘family album’ accompanies the first major exhibition devoted to this remarkable and highly personal aspect of the artist’s work.

‘I am sick of Portraits and wish very much to take up my Viol da Gamba and walk off to some sweet village when I can paint Landskips and enjoy the fag end of life in quietness and ease.’
Thomas Gainsborough

Despite this famous protestation in a letter to his friend William Jackson, Gainsborough was clearly prepared to make an exception when it came to making portraits of his own family and himself. This book, and the major exhibition it accompanies, features a dozen portraits of his daughters Mary and Margaret, the same number of himself and his wife Margaret (though, perhaps tellingly, only one of the couple together), as well as works depicting four of his five siblings, his handsome nephew Gainsborough Dupont (who became his studio assistant), an aunt and uncle, several in-laws and – last, but not least – his beloved dogs, Tristram and Fox. Spanning more than four decades, Gainsborough’s family portraits chart the period from the mid-1740s, when he plied his trade in his native Suffolk, through his time in Bath (1758–74), when he established himself with a rich and fashionable clientele, to his most successful latter years at his luxuriously appointed studio in London’s West End. Alongside this story of a provincial 18th-century artist’s rise to fame and fortune runs a more private narrative, about the role of portraiture in the promotion of family values, at a time when these were assuming a recognisably modern form.

In the first of three introductory essays, David H. Solkin writes on Gainsborough himself, placing his family portraits in the context of earlier practice – including that of the Flemish master Peter Paul Rubens and British portraitists from Mary Beale to Joseph Highmore. Ann Bermingham explores Gainsborough’s portraits of his daughters, with particular reference to two finished double portraits painted seven years apart and the tragic story arising from them. Susan Sloman discusses Margaret’s role as her husband’s business manager, its effect on the family dynamic and hence the visual representation of its members.

David H. Solkin is Professor Emeritus of History of Art at the Courtauld Institute of Art, London. His books include Painting for Money: The Visual Arts and the Public Sphere in 18th-Century England (1993) and Art in Britain 1660–1815 (2015). He is a Fellow of the British Academy.

Ann Bermingham is Professor Emeritus of Art History at the University of California, Santa Barbara. She is a leading historian of 18th-century British art and author of Sensation and Sensibility: Viewing Gainsborough’s Cottage Door (2005).

Susan Sloman is an independent art historian. She is the author of Gainsborough in Bath (2002) and a forthcoming volume on the artist’s London period.