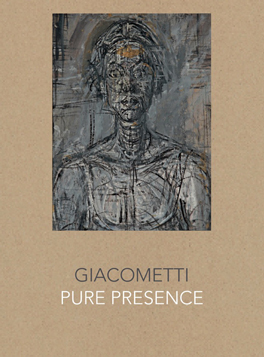 Paul Moorhouse, the curator of the exhibition, introduces his approach to the project and talks about the accompanying publication.

An exploration of the development of Alberto Giacometti’s engagement with evoking a human presence, focusing on the artist’s relationship with
his main sitters in order to provide a new perspective on his distinctive depiction of the figure.

Since his death at the age of sixty-four in 1966, Alberto Giacometti has become recognised internationally as one of the most important artists of the twentieth century and sales of his sculptures now achieve record-breaking prices. Belonging to no particular artistic movement, he developed through cubist and surrealist phases and later attained a mature, individual idiom whose preoccupation with the depiction of a human presence in an enveloping space may be seen in relation to contemporary existentialist concerns with defining the place and purpose of man in a godless universe. Taking its title from Jean-Paul Sartre, who described Giacometti’s endeavour to give ‘sensible expression’ to ‘pure presence’, the book explores the artist’s work in relation to existentialist ideas.

Spanning painting, sculpture, drawing and printmaking, Giacometti’s oeuvre ranges from idiosyncratic surrealist objects to intensely observed images of the human figure, with images of particular individuals at the centre. This book, like the exhibition it accompanies, looks at the various phases of the artist’s career and explores in detail his depiction of his main sitters, including his mother; Diego his brother; his wife Annette; Jean Genet the playwright; Caroline, a prostitute; and his friends Yanaihara and Lotar. Early drawings, paintings and sculptures of members of his family and his own image demonstrate Giacometti’s awareness of post-impressionist and divisionist styles. After moving to Paris in 1922, until the late 1930s he made progressively abstracted images of a range of sitters. From 1946 Giacometti resumed painting and depicting an individual human presence became central to his work. After 1954, when he began making sculpture from life, increasingly his portraits evolved as the outcome of an ongoing dialogue between painting and sculpture.

Giacometti subjected the human image to a radical process of interrogation and transformation in which the exploration and representation of flesh, presence, distance and space are vital, interacting elements. As a result, a human presence seems poised between being and non-being, providing the basis for Giacometti’s reputation as one of the most innovative artists of the last century.

Paul Moorhouse is Curator of Twentieth-Century Portraits at the National Portrait Gallery, London, and the curator of Giacometti: Pure Presence. His publications include The Great War in Portraits (2014), Cindy Sherman (2014), A Guide to Twentieth Century Portraits (2013), The Queen Art & Image (2011), Bridget Riley: From Life (2010), Gerhard Richter Portraits: Painting Appearances (2009) and Pop Art Portraits (2007).