Extracts from the stories

The full text of all these biographies and character sketches are available in a publication:
Imagined Lives: Mystery Portraits from the National Portrait Gallery 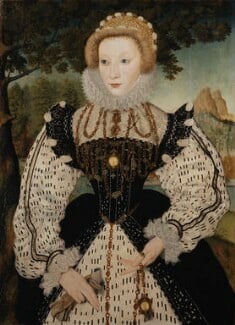 Mary Peebles, or “False Mary” as she came to be known, is one of the most unusual figures of Scottish sixteenth-century history. She was the daughter of  an Edinburgh merchant, a man who had prospered sufficiently to be noticed on the fringes of the Holyrood court of Mary Stuart, Queen of Scots. This court, of course, was a hotbed of intrigue, a dangerous place for anybody, including a young queen, to be. The Scottish nobles, a bickering and ruthless group, thought nothing of murder as a means of securing their goals, and were not above bringing their murderous schemes into the heart of the Queen’s household.

After the slaughter of her Italian secretary, David Rizzio, Mary Stuart realised that she could trust virtually nobody, including her husband, the vain and scheming Henry Darnley. It is not known how she came to the decision, but shortly after this murder she formed the view that she needed to employ a body double. This device was later to be used by a variety of shady twentieth century dictators, but it was not unknown to prominent figures in the past. The body double could serve more than one purpose: he or she would enable the real person to be in more places more frequently, to obvious political advantage. The double could also draw the fire of those plotting to kill the real king or queen – an occupational hazard for doubles, of course, but grounds for great reward, even if posthumously enjoyed.

Mary Peebles did not resemble Mary Stuart in her colouring or even in her facial appearance, but, very importantly, she was exactly the same height as the Queen, and had a very similar gait and bearing. These factors were enough to make her an obvious choice, and she, naturally enough, accepted the role. It did not at first occur to her that she would a target for assassins; for her, it was a great adventure, enabling her to inhabit regal quarters and enjoy the French style that Mary brought to the dismal Scottish court.

The Queen liked her and taught her French and deportment. She encouraged her to sit for the numerous Italian portrait painters who attended her court; Mary Stuart herself did not enjoy sitting for portraits, as she found the formal clothing stifling and could not endure hours of immobility in it. In particular, she did not like the constraint to which her waist was subjected. Mary Peebles, by contrast, did not mind this, as she was naturally slim-waisted. “Corsets hold no terrors for me,” she said. “Nor does the weight of jewels burden me unduly. I am content in this employment that the Queen has so graciously given me. It is a great thing that I, a merchant’s daughter, should spend many hours pretending to be the Queen herself, waving from my horse to the small children of the town, dispensing alms as if they were from my own purse, occasionally even doing justice in confining some rogue or vagabond to his just punishment. And the Queen is most kind to me, and gives me the delicate jams that she has sent to her from France. I dine well most nights.”

She soon came to understand, though, the essentially temporary nature of a body double’s work. She now realised that it was only a matter of time before she encountered an assassin’s knife, and so she took to sitting for portraits bearing an iconographical timepiece, occasionally even two, lest the point be missed. She also detested Darnley, who on several occasions forced his attentions on her and then claimed that he had thought she was his wife. She hated him, and when he was blown up at Kirk O’Field, she devised a courtly dance, performed to the words: Darnley is gone skywards, sing hurrah.The words reveal the depth of her feeling, so much so that some suspected that she was involved in the plot against him, or even instigated it.

Nobody knows what happened to her.

Find out more about the portrait 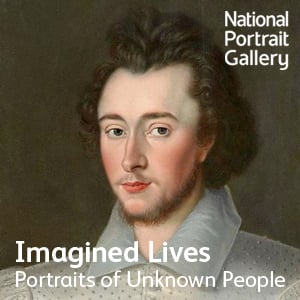 Listen to extracts on the Imagined Lives podcast

Eight internationally acclaimed authors have invented imaginary biographies and character sketches based on fourteen unidentified portraits. Who are these men and women, why were they painted, and why do they now find themselves in the Collection of the National Portrait Gallery? With fictional letters, diaries, mini-biographies and memoirs, Imagined Lives creates vivid stories about these unknown sitters from the sixteenth and seventeenth centuries.

Courtesy of the National Trust

Listen to the podcast in iTunes

Extracts from the other Imagined Lives stories 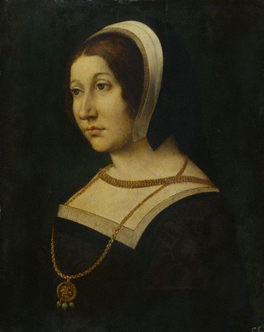 ...The portrait appears to have been commissioned to commemorate Blanche’s sorrow. Dressed in widow’s weeds, she wears a downcast look as well as a distinctive brooch, as witness to the tragic death of her husband, to whom she appears to have been defiantly loyal. The image is that of a horseman with a hawk – a clear reference to Marchmont, who was a keen hawker – being chased by the figure of Death. The three pendant pearls were perhaps symbolic tears representing his famous Triple Curse, implying that Blanche must have accepted his judgement of her actions. 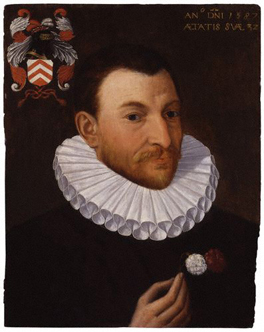 From From A Letter from Catherine Hartshorn, A.D 1587, February 2nd
by Joanna Trollope

He wears a very fine doublet, beloved mother, dull violet in colour, striped in a velvet ribbon with picot edge, and his ruff is well stiffened and of a good whiteness, indicating good laundresses at Newton Hall, which pleases me. And in his hand, he holds two pinks, one white, one crimson, which he tells me he had painted to show me he is in earnest about this marriage, for my own person, as well as because his land and that of my worshipful father do march together so conveniently.

Find out more about Joanna Trollope 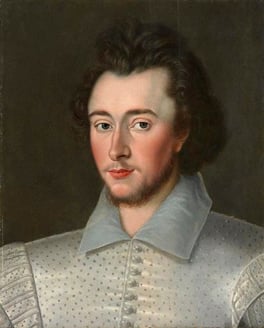 From Rosy
by Tracy Chevalier

...I have always flushed easily – from physical exertion, from wine, from high emotion. As a boy I was teased by my sisters and by schoolboys – but not by George. Only George could call me Rosy. I would not allow anyone else. He managed to make the world tender. He said it described not just my cheeks, but my lips as well, smooth and crimson as rose petals.

Find out more about Tracy Chevalier 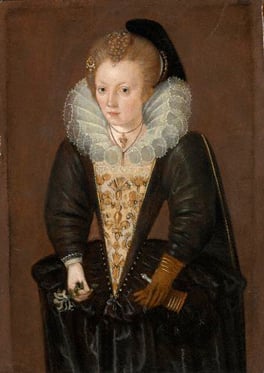 From I Am Mary Douglas
by Minette Walters

...At fifteen, I have no wish to be as Arabella or Queen Elizabeth, with my fate determined by my status, yet the process has already begun. These last days of June, 1599, I have stood for a portrait which will be passed from hand to hand until a man I do not know, and have never seen, finds my looks passable enough to make an offer. Is it wrong to say I do not wish for such a husband?... I am already in dread of him. A man who picks a wife from a parade of canvases will care nothing for her feelings.

Find out more about Minette Walters 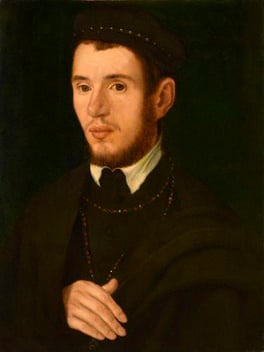 From The Life of Edmund Audley
by Sarah Singleton

He is modestly but well dressed with soft, elegant hands. For all that, he has a sensuous mouth, hinting at a more passionate side.

...Discretion was the hallmark of this minor official's life, in both the professional and private realms. Something about the attitude of his hand suggests the keeping of a secret - of holding matters close to the heart. 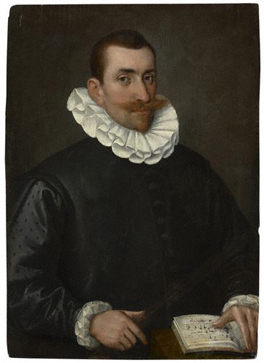 From The Life of Nicholas Colthurst
by Sarah Singleton

Nicholas Colthurst: scholar, swordsman and sometime privateer; a composer and musician – a player of games.

The portrait was painted in 1601 when Colthurst was forty years old and at the height of his career. He is a striking, handsome man with a waxed moustache. His face expresses a guarded intelligence, confidence and ambition, but he is also something of a dandy. 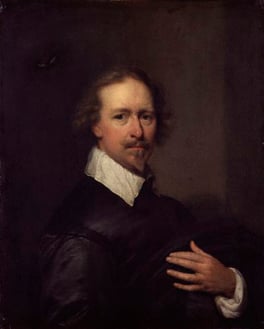 From The Diary of Paxton Whitfield
by Joanna Trollope

Perhaps I am a little taken aback in the matter of my nose. My mouth is as I would wish, firm and well-shaped, and my brow displays the breadth of a man of education and culture, such as I am. But my nose has about it a shine and a hint of colour which would indicate a propensity to being fuddled.

Find out more about Joanna Trollope 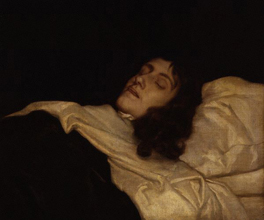 From The Life of Launcelot Northbrook
by John Banville

Northbrook was renowned as one of the most handsome men of his generation - his auburn locks in particular were much admired - and the saying was that half the women of London went into mourning when, in 1643, he married Penelope Bright, the daughter of one of Cromwell's cousins. 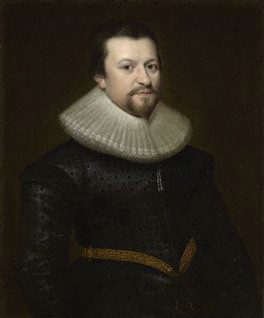 From The Tale of Joshua Easement
by Terry Pratchett

Sir Joshua Easement, of Easement Manor, Shrewsbury, was, in his own estimation at least, one of the last of the old Elizabethan seadogs – an ambition that was somewhat thwarted by a total lack of a grasp of the principles of navigation. Documents in the National Maritime Museum reveal that Sir Joshua’s navigational method mainly consisted of variations on the theme of bumping into things, and this was exacerbated by his absolute blindness to the difference between port and starboard.

...John Dee said of him: 'He is a man born under the wrong stars, and has never learned which ones they are.'

Find out more about Terry Pratchett 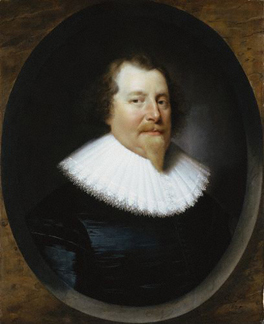 From The Biography of William Wrightson, 2nd Viscount Dorchester
by Julian Fellowes

Their wretched wives were both obliged to see husband and brother at war, a predicament cruelly underlined by Cumnor's calling out, on seeing his brother-in-law in the thick of the fighting, 'There goes my Lord Dorchester. Kill him now, I beg you, for I may not. Methinks my wife would mislike it.' 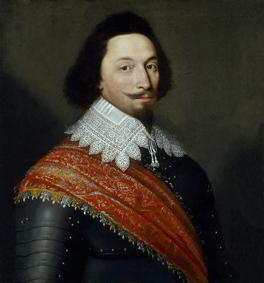 ...You say I have no sympathy for your plight, but I do. Father made bad matches for both of us and I go to sleep at night wishing him in purgatory. You are married to a libertine and I to a fortune-hunter who has squandered my marriage settlement on cards and dice.

Find out more about Minette Walters 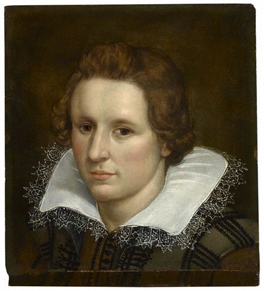 From The Life of Joachim Müller
by John Banville

Whatever the reason for Müller's London sojourn, it came to an abrupt end on Guy Fawkes Night, 5 November 1612, when he was waylaid in a street near to the Tower of London and stabbed in the throat by an unknown assailant....The whereabouts of Müller's grave is not known. 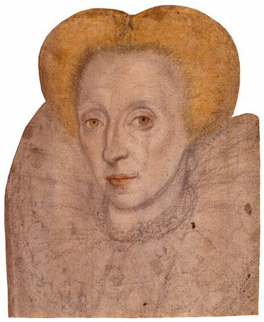 A pattern for a portrait of an unknown noble woman, possibly Queen Elizabeth I (1533-1603)
by an unknown artist
© National Portrait Gallery, London

From A Hand on my Shoulder
by Tracy Chevalier

Already I feel a familiar pain behind my eyes and a hand scratching in my throat. It is just as well William has almost finished the drawing, for Death is impatient to visit again.

At least my daughter is healthy.

Find out more about Tracy Chevalier