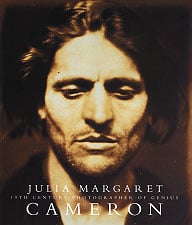 Colin Ford was formerly Keeper of Film and Photography at the National Portrait Gallery, London - the first senior curator of the media in a national museum - and went on to become the first Director of the National Museum of Photography, Film & Television in Bradford. Now retired, he has recently co-written the catalogue raisonné of Julia Margaret Cameron, published by Getty Publications in autumn 2002.

'superbly produced ... tells you everything you need to know about the subject' Daily Telegraph

The photographs of Julia Margaret Cameron (1815-79) are astounding in their quality and subject. In a remarkable decade late in her life, Cameron produced searching portraits of the most eminent figures of the Victorian age ('the world's first close-ups', as they have been called).

For the first time, the 100 best prints of Cameron's 100 finest photographs are to be brought together in a major exhibition of her life and work. This will be accompanied by the first major biography for some years. Julia Margaret Cameron is designed to reflect the high quality of the photographs and includes many hitherto unseen works, casting new light on the artist's links with Victorian life, literature and science. Colin Ford's accessible and informative text revealingly compares Cameron's works to those of other artists and charts her achievements, firmly establishing her as one of the leading artists of her genre.

Published to accompany the retrospective exhibition at the National Portrait Gallery, London, from February to May 2003, then at the National Museum of Photography, Film & Television, Bradford, from June to August 2003, and then at the J. Paul Getty Museum, Los Angeles, from October 2003 to January 2004.