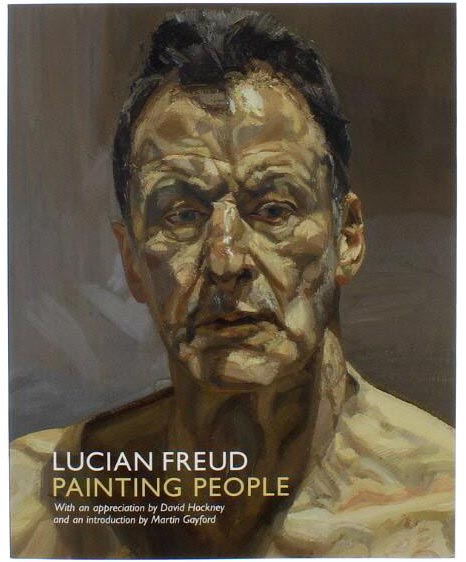 Introduction by Martin Gayford
Appreciation by David Hockney
This accessible guide features a selection of portraits by Lucian Freud, regarded by many as one of the world’s greatest realist painters. The book includes some of the finest examples of Freud’s work from across seven decades. The portraits are complemented by a chronology illustrated with documentary images and some previously unpublished informal photographs, and introductory texts by Martin Gayford and David Hockney.

Lucian Freud: Painting People features a selection of the artist’s finest portraits and figure paintings arranged chronologically, from the early 1940s to his death in 2011. In his introductory essay, Martin Gayford looks at Freud’s standing as an artist and his place in art history, and offers personal insights into the artist’s life and approach to portraiture. World-renowned artist David Hockney gives a revealing account of his own experience of sitting for a portrait by his friend and fellow artist, and an illustrated chronology enables readers to place Freud’s works in context.

Portraits and paintings of the human form were central to Freud’s oeuvre, and with examples drawn from public and private collections around the world, this book demonstrates Freud’s stylistic development and technical virtuosity. Working only from life, the artist claimed ‘I could never put anything into a picture that wasn’t actually there in front of me.’

A private man, Freud’s close relationship with his sitters was played out behind the closed door of the studio. Among those represented in this book are members of his family – particularly his mother, Lucie – artists, such as Frank Auerbach, John Minton and David Hockney, and the performance artist Leigh Bowery and Bowery’s friend Sue Tilley, immortalised by Freud in a series of monumental paintings in the 1990s.

Martin Gayford, art critic and writer. His recent publications include Man with a Blue Scarf (in which he relates his experiences of sitting for Lucian Freud) and Constable in Love. He co-curated the Constable Portraits exhibition at the National Portrait Gallery in 2009.
David Hockney, British painter, printmaker and photographer, considered to be one of the most influential and significant artists of his generation. He was a friend of Lucian Freud, for whom he sat in 2002.