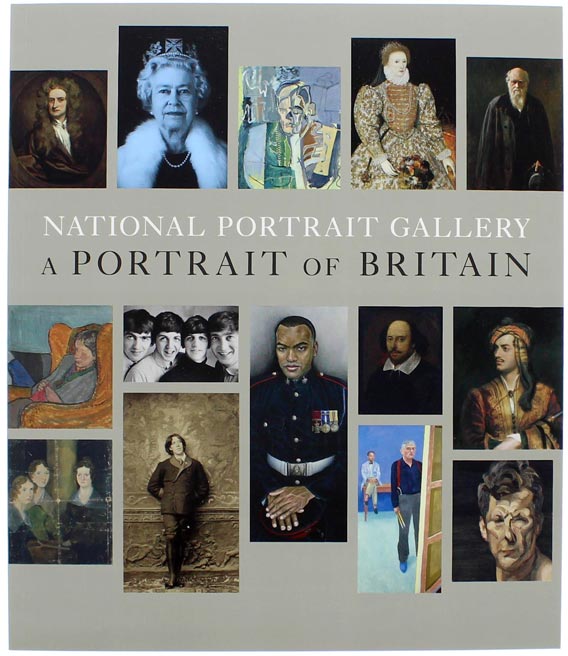 Shortlisted for the Alice Award 2015

By Sandy Nairne, Tarnya Cooper and the Gallery curators

The National Portrait Gallery in London houses a unique collection of famous faces from the late Middle Ages to the present day. This handsomely produced volume presents the highlights of that collection, featuring over 200 works and informative texts by the Gallery’s Director and expert curators.

A national pantheon of the greatest names in British history and culture, the Collection of the National Portrait Gallery contains more than 11,000 paintings, sculptures and works on paper and over a quarter of a million photographs. There are kings and queens, courtiers and courtesans, politicians and poets, soldiers and scientists, artists and writers, philosophers and film stars – individuals from every sphere.

This book presents a broad selection of the personalities that have shaped the last four centuries of British life, from Elizabeth I to David Beckham, from Shakespeare to Seamus Heaney, portrayed by artists as diverse as Hans Holbein, David Bailey, Joshua Reynolds and Paula Rego. The featured works are arranged chronologically in sections, each of which is prefaced by a text written by the curator responsible for that period, drawing on their expert knowledge and recent research. Each image is accompanied by an extended caption that provides key information on the sitter and the artist and places the work in its historical and creative context.

A fascinating introductory essay explains the history and purpose of this great public institution and is illustrated with a wealth of rare and illuminating material from the Gallery’s extensive archive, including photographs, plans, letters and sketchbooks, some previously unpublished.

Sandy Nairne is Director of the National Portrait Gallery and was formerly Director: Programmes at Tate. He has written extensively on contemporary portraiture and modern art.