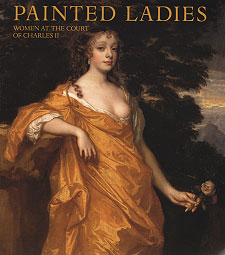 The court of Charles II was a focus for exuberance, glamour and revelry after the constraints of the Civil War and Interregnum. Portraits, both literary and visual, were an important part of the cultural production of the court, reflecting the spirit of the age as much as the characteristics of the individuals portrayed. The magnificent oil paintings of court women are some of the most sumptuous of all works of art. Produced in great numbers, they were displayed in all the important houses of the period and collected assiduously both in Britain and abroad. At the same time, the development of the print market satisfied popular demand for the same images, while exquisite portrait miniatures provided another more intimate and private form of portraiture.

The first new study of Restoration portraiture in nearly twenty years, this book looks at some of the most beautiful and fascinating portraits of the court women of the period, from royal brides and daughters to mistresses and actresses. By studying the context in which their portraits were produced against the biographies and reputations of the women themselves, this book sheds new light on one of the most complex and intriguing areas of British art history.

Essays by international scholars explore the cultural context of the Restoration court, sexual politics and the role of women at court, the making and meaning of women's portraits, and the critical history of Restoration portraiture. These are supplemented by a lavishly illustrated catalogue of 100 portraits by some of the most important artists of the time, including Lely and Kneller, together with biographies of the sitters themselves.

Published in association with the Yale Center for British Art, New Haven.