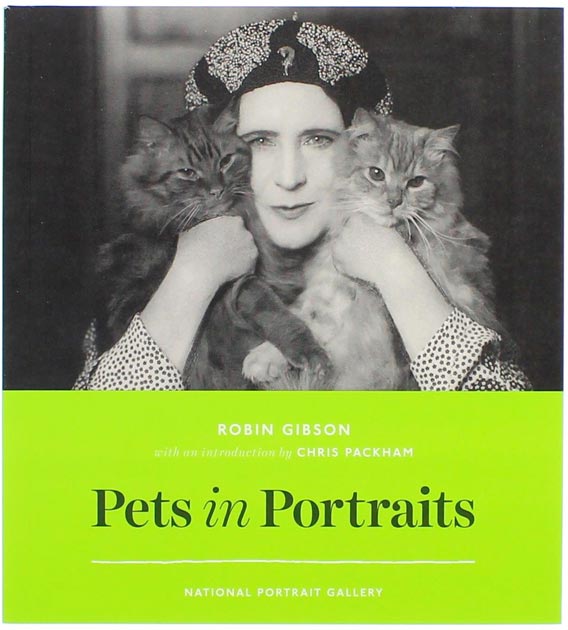 Robin Gibson, with an introduction by Chris Packham

A collection of portraits featuring cameo appearances by animals, selected from the collections of the National Portrait Gallery, London, by Robin Gibson, a former Chief Curator, who tells remarkable stories behind them.

‘Look at people and their pets today. Pets tell something about their owners, whether they are bought to make a fashion statement, as child substitutes or as an expression of unconditional love between two sentient beings.’ So remarked Robin Gibson, the author of this book, on its first publication in 1998. ‘It is about the various animals that appear in portraits in the National Portrait Gallery, but it is also about the owners of the animals who commissioned the portraits. The association of the subject or indeed the artist of a portrait with an identifiable pet immediately adds a further dimension to our understanding of the characterisation.’

For example, in a self-portrait by Hogarth there is a pug – probably painted over by the artist and visible only under X-ray – relieving itself on a pile of old master paintings. ‘A succinct comment,’ Gibson writes, ‘on those collectors who preferred second-rate foreign imports to contemporary works by British artists. ‘From the Elizabethan soldier and diplomat Sir Henry Unton to the children of King Charles I; from the little terrier that records Lady Caroline Lamb’s first extra-marital affair to Queen Victoria’s dogs, photographed with her Ghillie John Brown; from the extraordinary images of ballet dancer Anna Pavlova and her pet swan to the poet and critic Edith Sitwell and her favourite cat, this book charts the British love-affair with the domestic pet.

For this new edition, the naturalist, photographer and television presenter Chris Packham has contributed an introductory text that features additional portraits from the Gallery’s collections. Amusing and often surprising, this delightful book provides some unusual insights into the special bond between sitters and their faithful companions.

Robin Gibson was the Chief Curator at the National Portrait Gallery, London from 1994 to 2001, having joined the organisation in 1968. He was an Assistant Keeper until 1983, then Curator of the Twentieth-Century Collection. In 1969–70 he established the photography department and in the early 1980s oversaw the opening of new twentieth-century galleries. His other publications include British Portrait Painters (jointly, 1971), Flower Painting (1976), 20th Century Portraits (1978), The Portrait Now (1993) and The Sitwells (jointly, 1994). He was appointed OBE in 2001 and died in 2010 aged 66.

Chris Packham is a naturalist, photographer and television presenter. He is perhaps best known for presenting The Really Wild Show (BBC, 1986–95) and Springwatch (BBC, 2009–). Chris Packham’s Nature Handbook was published in 2010.