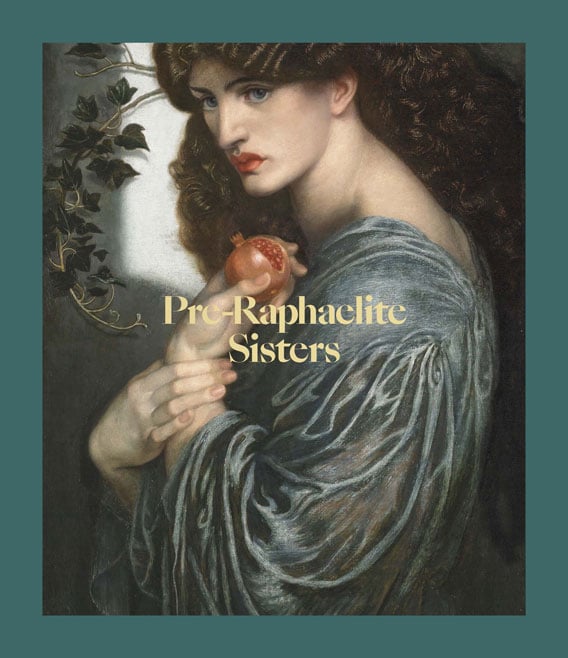 For far too long the male protagonists of the Pre-Raphaelite movement have dominated accounts of this revolution in British art. This book aims to redress the balance in showing just how engaged and central women were to the endeavour – as the subjects of the images themselves, certainly, but also in their production.

When the Pre-Raphaelite Brotherhood (the ‘PRB’) exhibited their first works in 1849 it heralded a revolution in British art. Styling themselves the ‘Young Painters of England’ this group of young men aimed to overturn stale Victorian artistic conventions and challenge the previous generation with their startling colours and compositions.

Think of the images created by William Holman Hunt, John Everett Millais, Dante Gabriel Rossetti and others in their circle, however, and it is not men but pale-faced young women with lustrous, tumbling locks that spring to mind, gazing soulfully from the picture frame or in dramatic scenes painted in glowing colours. Who were these women? What is known of their lives and their roles in a movement that, in successive phases, spanned over half a century?

Some were models, plucked from obscurity to pose for figures in Pre-Raphaelite paintings, while others were sisters, wives, daughters and friends of the artists. Several were artists themselves, with aspirations to match those of the men, sharing the same artistic and social networks yet condemned by their gender to occupy a separate sphere. Others inhabited and sustained a male-dominated art world as partners in production, maintaining households and studios and socialising with patrons. Some were skilled in the arts of interior decoration, dressmaking, embroidery, jewellery-making – the fine crafts that formed a supportive tier for the ‘higher’ arts of painting and sculpture. And although their backgrounds and life-experiences certainly varied widely, all were engaged in creating Pre-Raphaelite art.

Jan Marsh is a writer whose books include The Pre-Raphaelite Circle, Pre-Raphaelite Sisterhood and Black Victorians. She has published biographies of Elizabeth Siddal, Christina and Dante Gabriel Rossetti and May Morris, and has co-edited The Collected Letters of Jane Morris.