Russia and the Arts The Age of Tolstoy and Tchaikovsky 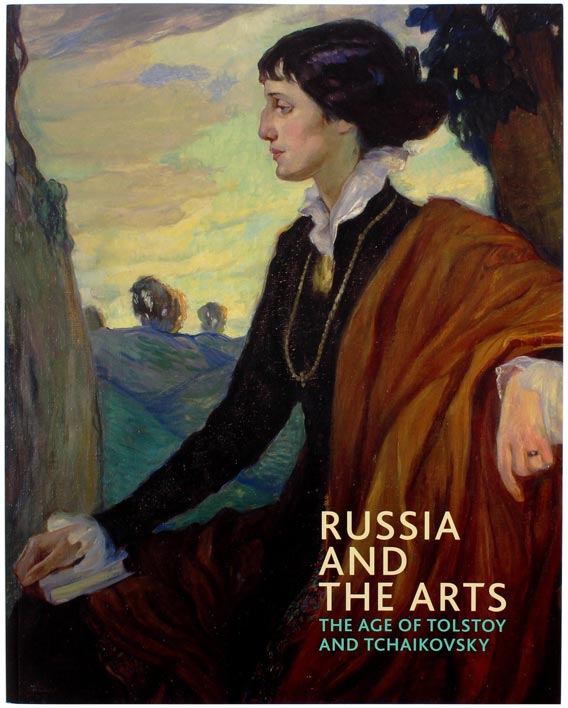 By Rosalind P. Blakesley, with an essay by Tatiana L. Karpova

This book highlights some of the extraordinary developments that took place in Russian culture between 1867 and 1914, a time of vibrant creativity and political change. Beautifully illustrated with key works from the State Tretyakov Gallery in Moscow, it features portraits of writers, composers, musicians and actors, together with their more flamboyant patrons, and explores the rich relationships that these cultural trailblazers forged.

Russian portraiture enjoyed a golden age between the late 1860s and the First World War. While Tolstoy and Dostoevsky were writing masterpieces such as Anna Karenina and The Brothers Karamazov and Mussorgsky, Tchaikovsky and Rimsky-Korsakov were taking Russian

music to even greater heights, Russian art was developing a new self-confidence. The penetrating Realism of the 1870s and 1880s was later complemented by the brighter hues
of Russian Impressionism and the bold, faceted forms of Symbolist painting.

This book explores these exciting developments within a broad history of Russian portraiture, with reference to a variety of important works in the State Tretyakov Gallery. This national collection was founded in 1856 by Pavel Tretyakov, who set out to create a pantheon of famous

Russians by commissioning portraits of prominent thinkers, writers, scientists, artists, actors, composers and musicians by the most outstanding painters of the day. Core paintings from his collection here illuminate the engaging story of Russian portraiture from the early eighteenth century to the twilight of imperial rule.

Rosalind P. Blakesley looks in the first and second chapters at the portrait tradition in Russia: the rise of secular portrait painting following the westernising reign of Peter the Great and the foundation of the Academy of Arts in St Petersburg in 1757; the shifting tastes of patrons and publics in the nineteenth century; and the role of portraiture in the cultural politics of imperial Russia. The third chapter examines developments in painting, music and literature, and the on-going quest to establish a distinctive national voice in the Russian arts. Chapter Four looks at some notably generous and open-minded patrons at the fin de siècleand the rise of Russian Impressionism, with its conscious reconnection with artistic developments in the West. The final chapter charts dramatic advances in the theatre and the creative responses to political turmoil and social unrest in the early twentieth century, before concluding with the dialogue between figurative painting and abstraction in the twilight of imperial rule.