The Great War in Portraits 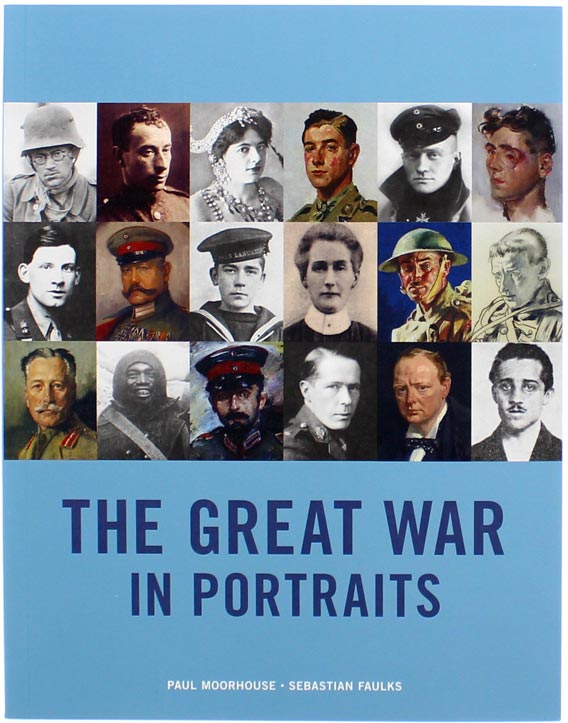 The Great War was depicted and reported in a degree of visual detail that was unprecedented in the history of conflict. Published to mark the centenary of its outbreak in 1914, and accompanying a major exhibition, this book looks at the ways in which this ‘war to end all wars’ was represented through portraits of its protagonists – who fought and died on all sides.

In viewing the Great War through the portraits of those involved, Paul Moorhouse looks at the bitter-sweet nature of a conflict in which valour and selfless endeavour were qualified by disaster and suffering, and examines the notion of identity – how various individuals associated with the war were represented and perceived. The narrative is structured chronologically, with thematic sections devoted to conflicting pairs – ‘Royalty and the Assassin’, ‘Leaders and Followers’, ‘The Valiant and the Damned’ – which reveal the radical differences between those caught up in the conflict in terms of their respective roles, aspirations, experiences, and, ultimately, their destinies. ‘Leaders and Followers’, for example, examines the dichotomy between the representation of senior military leaders such as Blumer, Foch, Haig and Hindenburg, who were responsible for directing the war, and that of the ordinary soldiers charged with executing it. While portraits of the generals emphasise their personal profile, gallantry and the trappings of military power, paintings of the rank and file are characterised by a tendency to anonymity, in which individual identity was subsumed with the impression of ‘types’. Claude Rogers’s imposing painting Gassed, for instance, presented the individual soldier as a kind of cipher, a depersonalised embodiment of common, degraded experience. Illustrated throughout with images both well known and less familiar, the book concludes with a section entitled ‘Tradition and the Avant-Garde’, which focuses on the struggle artists faced in finding an appropriate language in which to depict those who had experienced the unimaginable horror at the front: either by resorting to the steadying hand of tradition or a radical visual language of expressive distortion.

Paul Moorhouse is Curator of Twentieth-Century Portraits at the National Portrait Gallery. His publications include A Guide to Twentieth Century Portraits (2013), The Queen Art & Image (with David Cannadine, 2011), Bridget Riley: From Life (2010), Gerhard Richter Portraits: Painting Appearances (2009) and Pop Art Portraits (2007). Sebastian Faulks, whose acclaimed novels include A Week in December (2009), Birdsong (1993) and A Possible Life (2013), contributes an essay on the memory of the Great War.