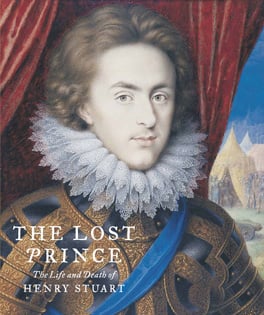 Brave, handsome, clever, athletic, noble and cultured, Henry, Prince of Wales embodied all princely virtues, or so his contemporaries would have us believe. In his short life he was the focus of great hope and expectation in Europe, and his court was the centre of a revival of chivalry and a renaissance in the arts. This exploration of Henry’s life and image, and the extraordinary reaction to his death, transforms our understanding of this exceptional prince and the time in which he lived.

In November 1612, shortly before his nineteenth birthday, Henry, the eldest son of James I and Anne of Denmark, died of typhoid fever after a short illness. The nation was struck by grief at the loss of this most promising prince who, it was believed, would become a king to transform Britain. Unlike his father, Henry was seen as militaristic, ardently Protestant and fiercely moral; he was also a precocious patron of the arts, collecting paintings, sculpture and books, commissioning ambitious garden designs and architecture, and performing in elaborate court festivities. Furthermore, Henry took an active interest in the navy and exploration, sponsoring an expedition to find the North-West Passage and giving his name to new settlements in Virginia.

Authors Catharine MacLeod, Malcolm Smuts and Timothy Wilks examine Henry’s upbringing and education, his court and patronage, his collecting, and finally his illness, death and legacy, and question traditional assumptions about the prince. The book showcases some of the most important works of art and culture produced in the Jacobean period, including masque designs by Inigo Jones, portraiture by Robert Peake and Isaac Oliver, poetry by Ben Jonson and music by Thomas Tompkins and William Byrd. Also featured are exquisite inlaid armour made for Henry, garden designs, renaissance bronzes, old master paintings from his collection, books from his library, and a selection of manuscript letters and writing exercises in Henry’s hand.

Catharine MacLeod is Curator of Seventeenth-Century Portraits at the National Portrait Gallery. She is the author of Painted Ladies: Women at the Court of Charles II and is currently writing a catalogue raisonné of Peter Lely.
Malcolm Smuts is Professor of History at the University of Massachusetts Boston. His research interests are in the court culture of England (1580–1640) and early Stuart politics and political thought.
Timothy Wilks is a Senior Lecturer in the Visual Arts at Southampton Solent University. Since completing his doctoral thesis on Prince Henry (1988) he has maintained an interest in the early Stuart court.