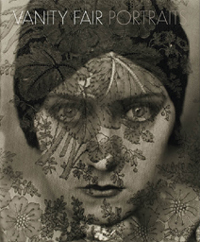 Graydon Carter is the Editor of Vanity Fair , and has been since 1992.

Sandy Nairne is Director of the National Portrait Gallery, London. He is the author of The Portrait Now (2006) and was formerly Director of Programmes at Tate.

David Friend is Editor of Creative Development at Vanity Fair , and formerly Life 's Director of Photography, is the author of Watching the World Change: The Stories Behind the Images of 9/11 (2006).

Christopher Hitchens is a journalist, literary critic and social commentator. He is the author of God is Not Great: How Religion Poisons Everything (2007).

Terence Pepper Curator of Photographs at the National Portrait Gallery, London since 1978, is the author of Horst Portraits (2001), Cecil Beaton (2004) and Angus McBean (2006). He was made an Hon. FRPS and awarded an OBE for services to photography and art in 2002.

Vanity Fair has an unrivalled reputation for commissioning and publishing the best in portrait photography. The magazine, which first appeared in 1913 as a gathering of all that was witty and sophisticated, has consistently promoted the work of all the acknowledged masters of the portrait photograph. These portraits - of everyone significant in art, film, music, sport, business and politics - have become and continue to represent the definitive likeness of some of the world's best known personalities, past and present.

Vanity Fair Portraits traces the cultural history of the 20th century through the birth and evolution of portrait photography, and its representation in the pages of the magazine. The catalogue sets out the two eras of Vanity Fair 's life. The first period from 1913 to 1936 will cover subjects drawn from art, dance, music, film and architecture including personalities such as Pablo Picasso, Fred and Adele Astaire, Cary Grant and Katharine Hepburn. The second period, from the re-incarnation of Vanity Fair in 1983 up to the present day includes stars of film and theatre as well as writers, athletes and style icons and business titans with portraits of Robert De Niro, Arthur Miller, Demi Moore, Margaret Thatcher and Lance Armstrong amongst many others.

With forewords by Graydon Carter and Sandy Nairne and essays by Christopher Hitchens and the exhibition curators, David Friend and Terence Pepper the catalogue explores the power of the magazine that once promised to 'ignite a dinner party at fifty yards' as well as the history of celebrity portraiture.