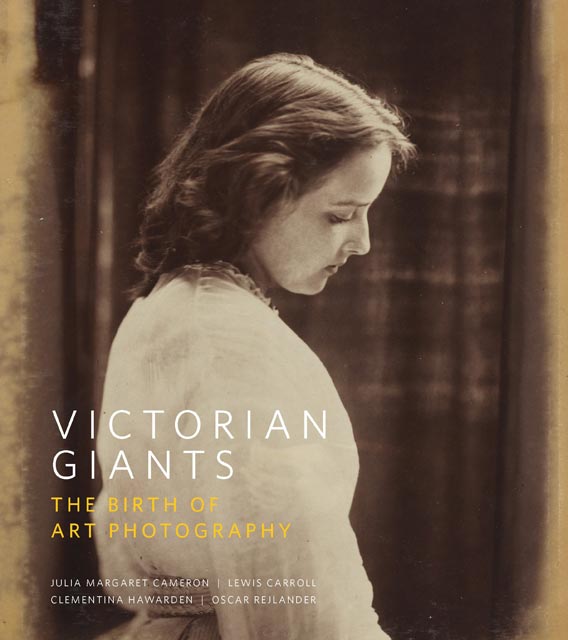 Oscar Rejlander (1813–75), Julia Margaret Cameron (1815–79), Lewis Carroll (1832–98) and Clementina Hawarden (1822–65) embody the very best of photography from the Victorian era. They experimented with new approaches to picture making and shaped attitudes towards photography that have informed artistic practice ever since. Discover the images that made people think about the photograph as a work of art in this beautiful book.

The idea of ‘art photography’ is nearly as old as photography itself, for in the 1850s photographers began to claim fine-art status for their work. Debates about photography and its role raged internationally, but it was in England, through the work of Oscar Rejlander, Julia Margaret Cameron, Lewis Carroll and Clementina Hawarden in particular, that the new art form found its fullest expression.

These four artists – a Swedish émigré with a mysterious past, a middle-aged Ceylonese expatriate, an Oxford academic and writer of fantasy literature, and a Scottish countess – formed the most unlikely of schools. Both Carroll and Cameron studied under Rejlander briefly, and maintained a lasting association based around intersecting approaches to portraiture and narrative. Influenced by historical painting and working in close association with the Pre-Raphaelite Brotherhood, they formed a bridge between the art of the past and the art of the future, standing as true giants in Victorian photography.

Separately, Rejlander, Cameron, Carroll and Hawarden produced some of the most spectacular images in history. Although each developed their own distinctive style, even now their works are occasionally mistaken as they knew and photographed many of the same people, were attracted to similar themes and adopted many of the same compositional strategies. The pictures they made are among the most beautiful, provocative and inviting of their time, but more importantly they mark the birth of an idea that we now recognise as among the greatest and most enduring of nineteenth-century visual culture.

Divided into three main sections, Victorian Giants brings together many of these works for the first time, drawing heavily from the National Portrait Gallery Collection. The selection will be enriched with key works from other collections from around the globe.

Phillip Prodger is Head of Photographs at the National Portrait Gallery, London. He is author and editor of eighteen books and catalogues, including the acclaimed Eggleston Portraits (2016). A recognised expert in Victorian photography, he is the author of the award-winning Time Stands Still: Muybridge and the Instantaneous Photography Movement (2003) and Darwin’s Camera: Art and Photography in the Theory of Evolution (2009), which the New York Times named one of the best art books of the year.