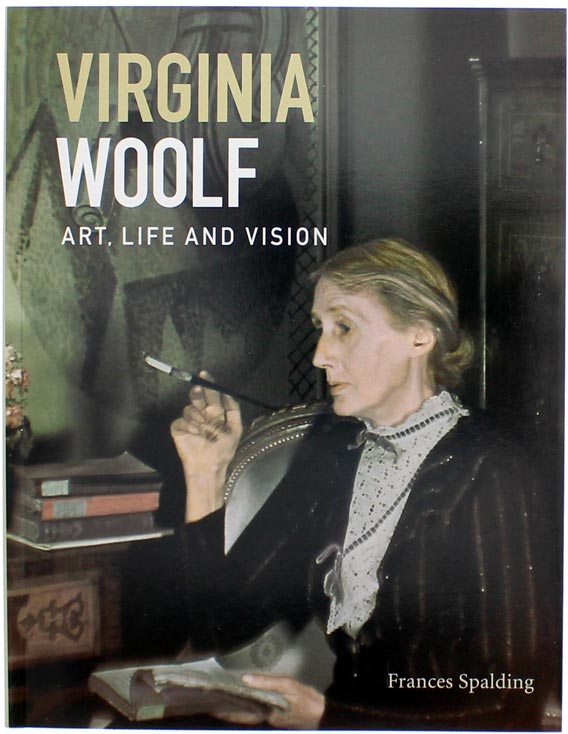 This revealing, highly illustrated biography of Virginia Woolf (1882–1941) by a leading authority on the Bloomsbury Group accompanies a major exhibition of portraits of the world-renowned British novelist, essayist, biographer and critic and her circle at the National Portrait Gallery, London.

‘Words are an impure medium… better far to have been born into the silent kingdom of paint.’ – Virginia Woolf
Virginia Woolf’s many novels, notably Night and Day (1919), Jacob’s Room (1922), Mrs Dalloway (1925), To the Lighthouse (1927) and The Waves (1931), transformed ideas about structure, plot and characterisation. The third child of Leslie and Julia Stephen, and sister of Vanessa (later Bell), Woolf was a central figure in the Bloomsbury Group: that union of friends who revolutionised British culture with their innovative approach to art, design and society in the early years of the twentieth century.

Portraiture figured greatly in Woolf’s life. Portraits by G.F. Watts and photographs made by her aunt, Julia Margaret Cameron, furnished rooms in which she lived. Written portraits were produced in the family home; her father, Leslie Stephen, published short biographies of Samuel Johnson, Pope, Swift, George Eliot and Thomas Hobbes, while editing the first twenty-six volumes of the Dictionary of National Biography. Throughout her life, Woolf, a sharp observer and a brilliant wordsmith, composed memorable vignettes-in-words of people she knew or encountered, and was herself portrayed by artists and photographers on many occasions.
This beautifully illustrated book, like the exhibition it accompanies, catches Woolf’s appearance and that of the world around her, but it also points to her pursuit of the hidden, the fleeting and obscure, in her desire to understand better the place and moment in time and in history in which she lived. In charting the emotional milestones in Woolf’s life – her love affairs, wartime experiences and the depression that resulted in her suicide in 1941 – author Frances Spalding acknowledges the seen and unseen aspects of her subject; the outer and the inner, the recognisable and the concealed.

Frances Spalding is an art historian, critic and biographer, and a leading authority on Bloomsbury. She wrote an introduction to the subject, The Bloomsbury Group (2005), for the National Portrait Gallery’s ‘Insights’ series, and has written biographies of Roger Fry, Vanessa Bell and Duncan Grant. For ten years she edited the Charleston Magazine. Her recent books include John Piper, Myfanwy Piper: Lives in Art (2009) and Prunella Clough: Regions Unmapped. She is an Honorary Fellow of the Royal College of Art and is Professor of Art History at Newcastle University.