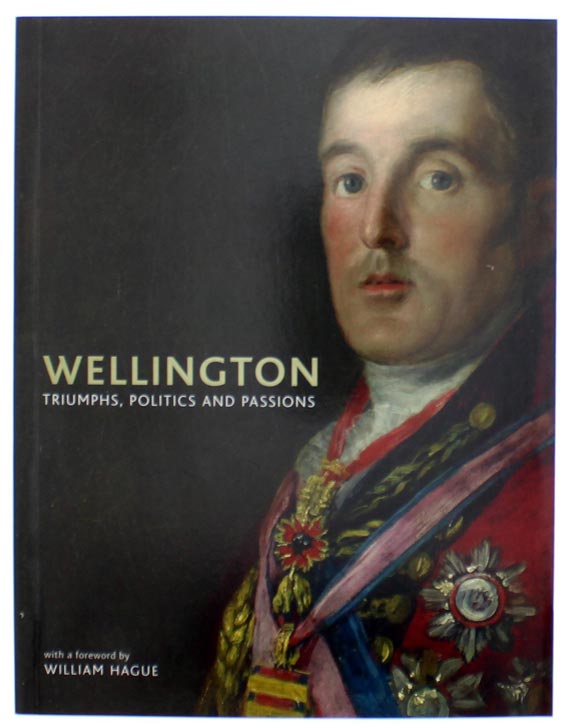 Paul Cox with a foreword by William Hague

This book, published to mark the bicentenary of that famous victory, looks at the varied life of this remarkable man, through his portraits and the images of those around him.

This new book about the 1st Duke of Wellington provides a novel take on the traditional biography in that it explores the life of this complex man through portraits – of Wellington himself, his friends, family and associates, as well as his political and military allies and opponents. There are examples of painted portraits by Goya and Thomas Lawrence, several caricatures that illustrate Wellington’s political career, and a watercolour by George Chinnery that shows the future duke as a young Major-General at the Chepauk Palace, Madras being received by Azim al-Daula, Nawab of the Carnatic, in February 1805. Also reproduced is a rare photograph, a Daguerreotype, made by Antoine Claudet on the occasion of Wellington’s seventy-fifth birthday in 1844, and sections of a sixty-six-foot roll from the Collection of the National Portrait Gallery depicting his entire funeral procession.

Paul Cox explores Wellington’s military career and the battle of Waterloo, which remain central to his story, but also examines his personal relationships, his legacy and his enduring place in the popular imagination. Finally, a narrative chronology presents a useful overview of Wellington’s life and times.

Paul Cox is Associate Curator at the National Portrait Gallery and is the curator of its forthcoming exhibition about the Duke of Wellington. He has curated several displays at the Gallery, including Portraits of Alphonse Legros (2004), Nelson: Before and After Trafalgar (2005) and Henry VIII Remembered (2009). His research interests include the history of prints and printmaking and portraits of military and naval personalities and their interpretation.
William Hague FRSL MP is a politician and writer, and is currently the Leader of the House of Commons and First Secretary of State, having served as British Foreign Secretary from 2010 to 2014. He served as leader of the Conservative Party from June 1997 to September 2001 and has represented the constituency of Richmond, Yorkshire, since 1989. His books include biographies of William Wilberforce (2008) and William Pitt the Younger.