Garage is a genre of electronic music which originated in England in the early 1990s. The genre blends styles such as garage house, R&B, jungle and dance-pop. It usually features a percussive, shuffled 4/4 breakbeat rhythm with syncopated hi-hats, cymbals and snares, and sometimes includes irregular kick drum patterns.

Garage tracks also commonly feature 'chopped up' and time-stretched or pitch-shifted vocal samples complementing the underlying rhythmic structure at a tempo usually around 130 BPM. UK garage gave rise to subgenres such as speed garage and 2-step, and was then largely subsumed into other styles of music and production in the mid-2000s, including bassline, grime and dubstep. The decline of UK garage during the mid-2000s saw the birth of Grime, which is closely related.

Grime emerged in London in the early 2000s. It developed out of earlier UK electronic music style called UK garage. The style is typified by rapid, syncopated breakbeats, generally around 140BPM, and often features an aggressive or jagged electronic sound with lyrics often revolve around gritty depictions of urban life.

The style initially spread among pirate radio stations and underground scenes before achieving some mainstream recognition in the UK during the mid-2000s through artists such as Dizzee Rascal and Kano. In the mid-2010s, grime began to receive popular attention in Canada. The genre has been described as the "most significant musical development within the UK for decades. 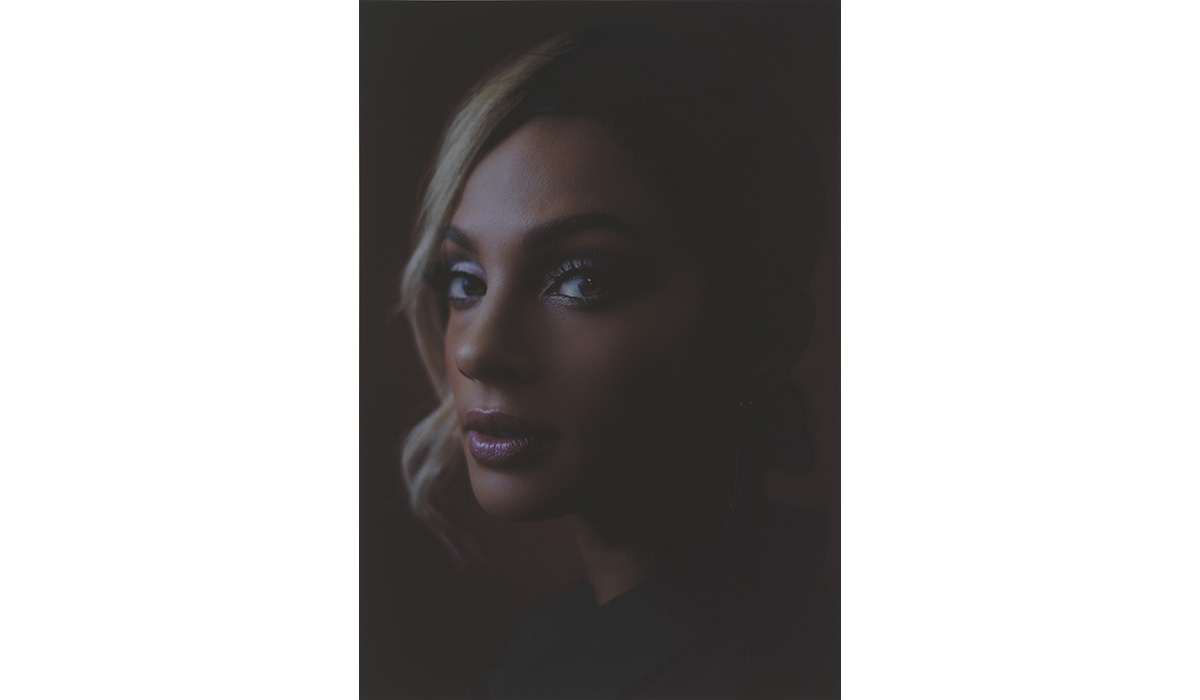 Born in Welwyn Garden City to a Jamaican father and English mother, Alesha Dixon first came to public attention as a member of the garage, R&B girl band Mis-Teeq in the early 2000s. They had three double-platinum selling albums and won a MOBO Award for Best Garage Act (2002) before disbanding in 2005, leading Dixon to pursue a solo career. She reached a wider audience when she won the 2007 series of the BBC's Strictly Come Dancing reality show and, in 2009, she replaced dance veteran Arlene Philips as a judge on that show for three years. Following two solo studio albums and a Brit Award nomination, she became a judge on rival ITV show Britain's Got Talent in 2012. In 2018, she made her first foray into children’s publishing, authoring two books called Lightning Girl. Dixon is a supporter of numerous charities, including Comic Relief, Help a London Child, African-Caribbean Leukaemia Trust, World Animal Protection and the RSPCA. 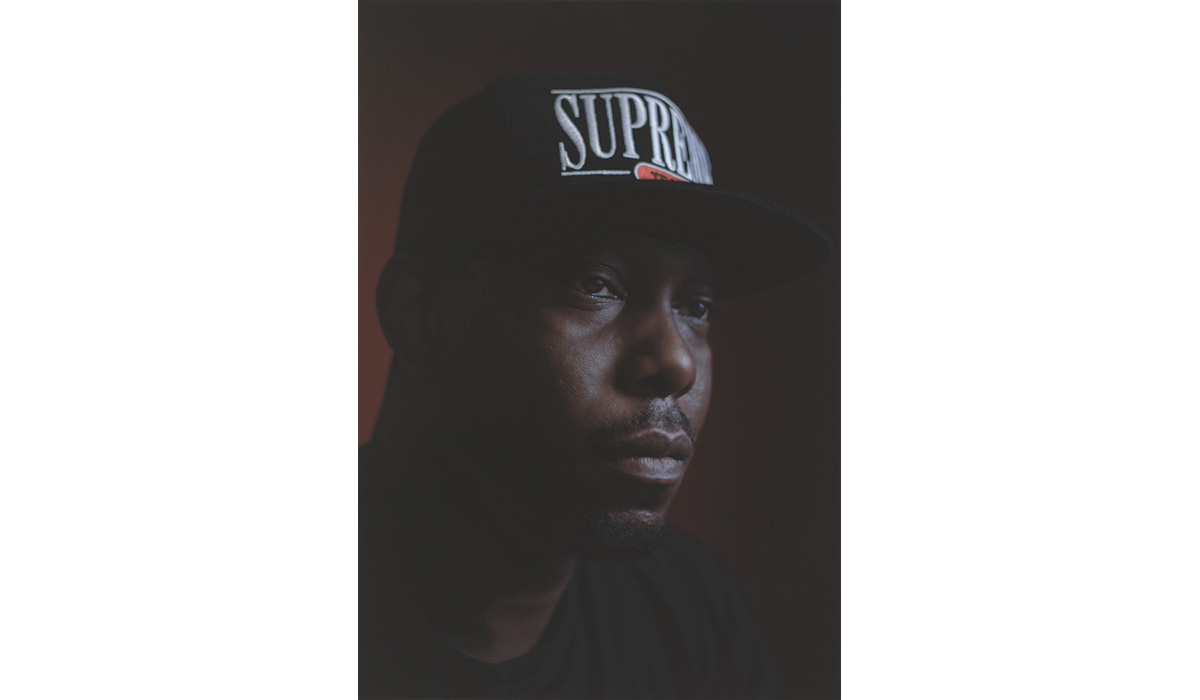 Dizzee Rascal is a pioneer of the UK grime music scene. Born Dylan Mills to a Ghanaian mother and Nigerian father who died when Dizzee was young, he grew up in an estate in Bow, east London and was named 'rascal' by a teacher after his fourth school expulsion. He began rapping in the UK garage style, and was encouraged to develop his musical talents by his teacher Tim Smith. In 2002, he joined Roll Deep, a garage-grime collective organised by musician Wiley (known as the 'Godfather of Grime'), as well as self-producing his first single I Luv U (2003), which reached number twenty-nine in the UK charts. It was followed by Fix Up, Look Sharp (2003), which went to number seventeen. In 2003, aged nineteen, Dizzee won the Mercury Music Prize for his debut album Boy in Da Corner, the youngest winner in the award’s history. His critically acclaimed fourth album, Tongue N' Cheek, was released in 2009 and awarded gold and platinum discs with sales exceeding 300,000. It included four of his five number-one singles: Dance Wiv Me (2008), Bonkers (2009), Holiday (2009) and Dirtee Disco (2010). Dizzee won Best British Male Solo Artist at the 2010 Brit Awards, and performed at the opening ceremony of the 2012 London Olympics. Dizzee’s style is noted for the speed with which he raps over drum’n’bass tracks, and he also cites crunk and grunge as musical influences. After ten years of commercial success, Dizzee Rascal returned to pure grime and hip-hop with his sixth album, Raskit (2017). 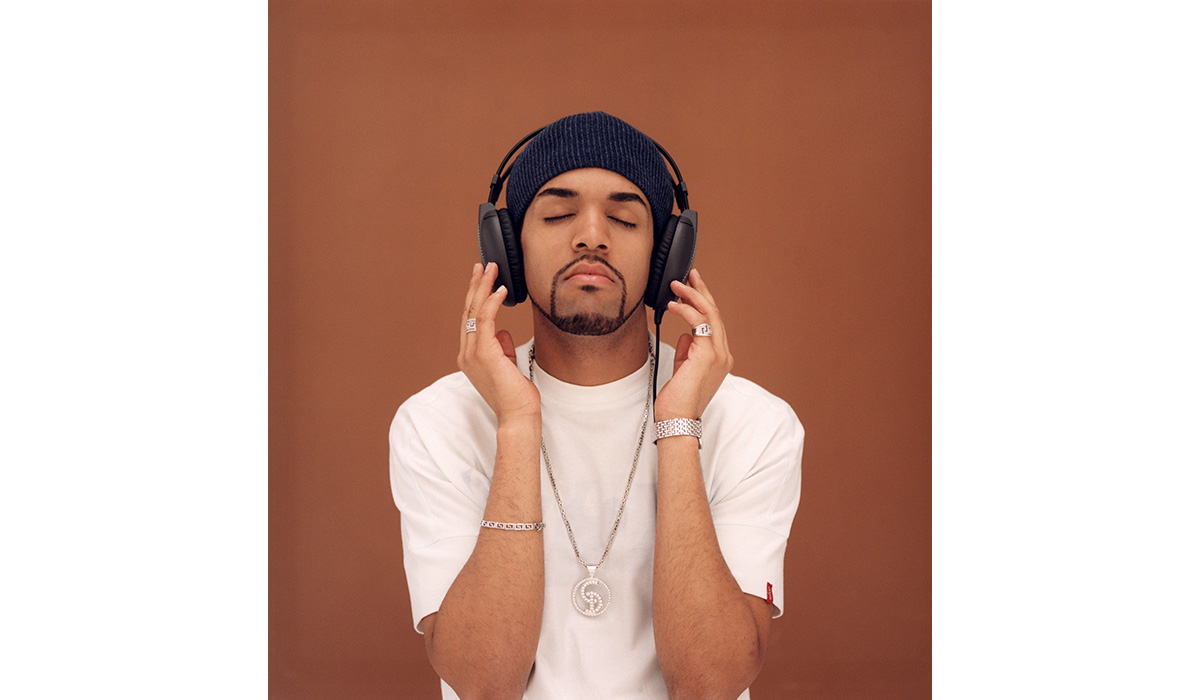 Southampton born singer-songwriter. With his style fusing R&B, garage and pop David became the youngest ever British male to achieve a number one hit with Fill Me In in March 2000. His debut album Born To Do It (2000) sold more than 7 million copies worldwide. Nominated for the UK MOBO awards 6 times and publicly applauded by U2's Bono, he is one of the few artists to enjoy success in America simultaneously. Collaborated with Sting on the track Rise and Fall on his second album Slicker Than Your Average (2002). 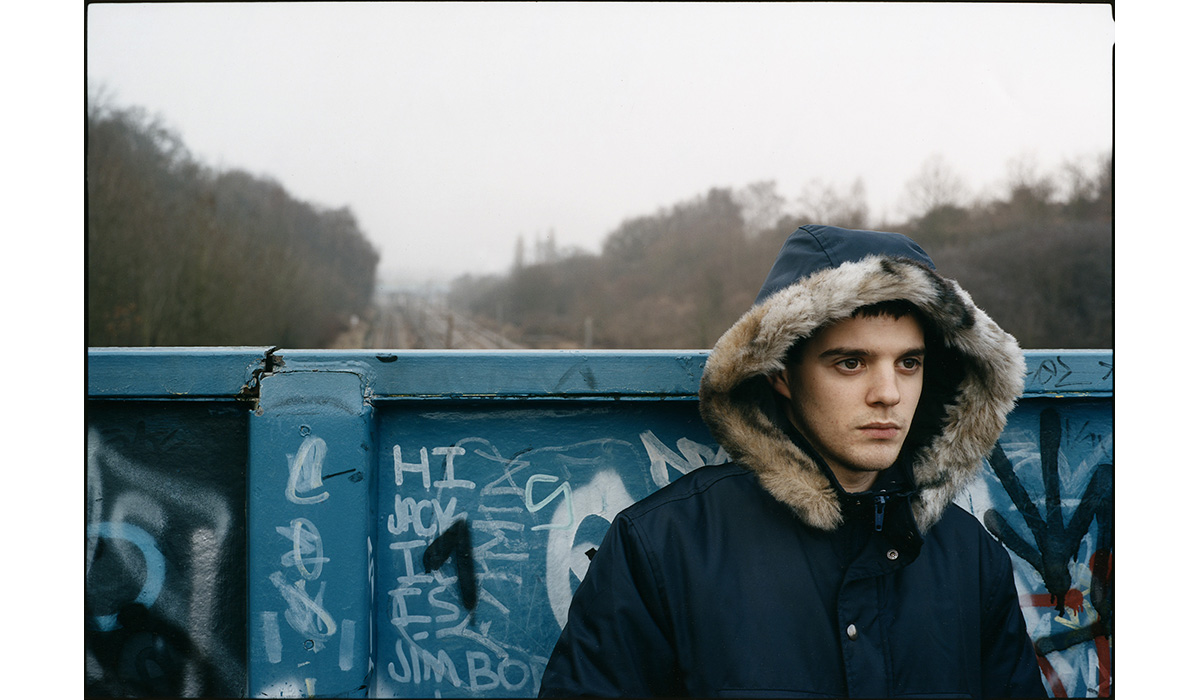 An English rapper and songwriter and record producer best know for the music project The Streets. Born in London but moved to Birmingham aged 5. At this young age he played keyboards and at aged 7 developed symptoms of epilepsy which worsened in his teens. He began writing hip hop and garage music at his home in his bedroom with a booth made using a cupboard and a mattress. He formed the music group The Streets and released five albums. The first album Original Pirate Material (2001) was a garage album reflecting the lifestyle of clubbers in Britain. It was nominated for the Mercury Prize and nominated for best album, best urban act, best breakthrough artists and best British Male in 2002. His third album The Hardest Way to Make an Easy Living released in 2006 managed to entered the album chart at number one. His last album Computers and Blues and Cyberspace and Reds was released in 2010 but he has continued to release singles and also soundtracks for movies such as The Inbetweeners. 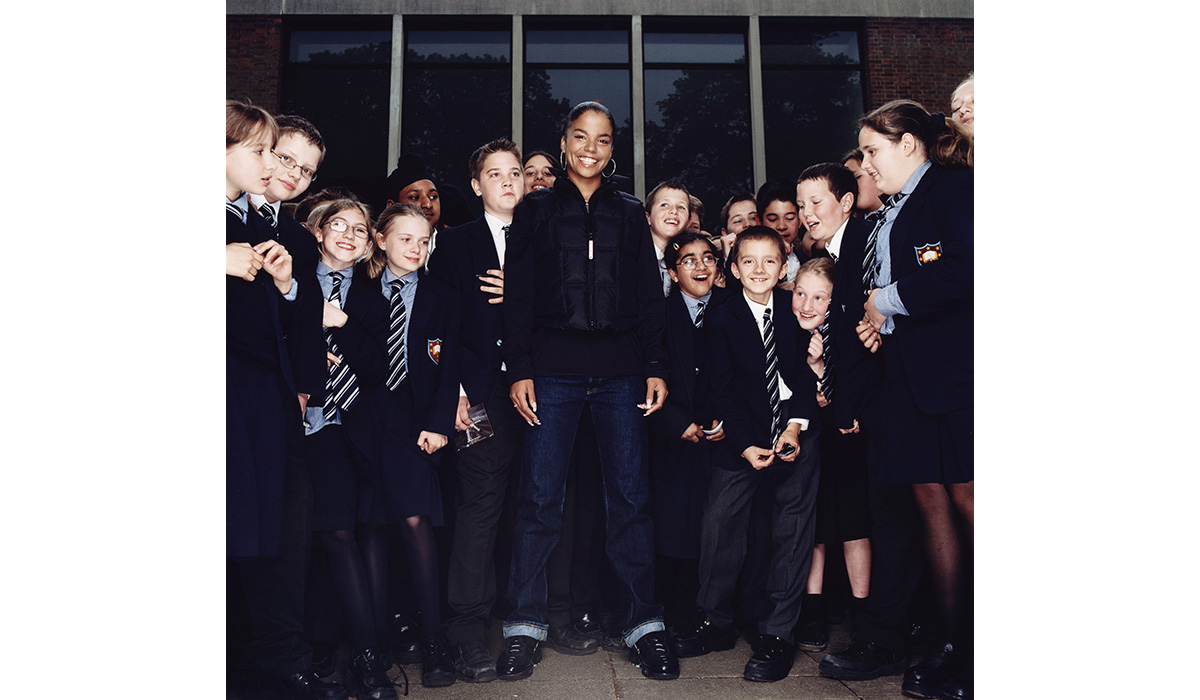 Singer-songwriter. Born in North London to a Jamaican father and a Scottish mother. Named Niomi Arleen Daley, she took the stage name Ms Dynamite, debuting on So Solid Crew's breakthrough hit They Don't Know (2001). Booo!, a one off solo single, made with garage producer Sticky reached number 12 in June 2001. Released her first album A Little Deeper which won the Mercury Music Prize (2002). She is also the recipient of two Brit Awards and three MOBO Awards. Her music fuses hip-hop, UK garage, R&B and reggae. The album which tackles issues of urban poverty, drug addiction and violence helped perceive her as positive role model. 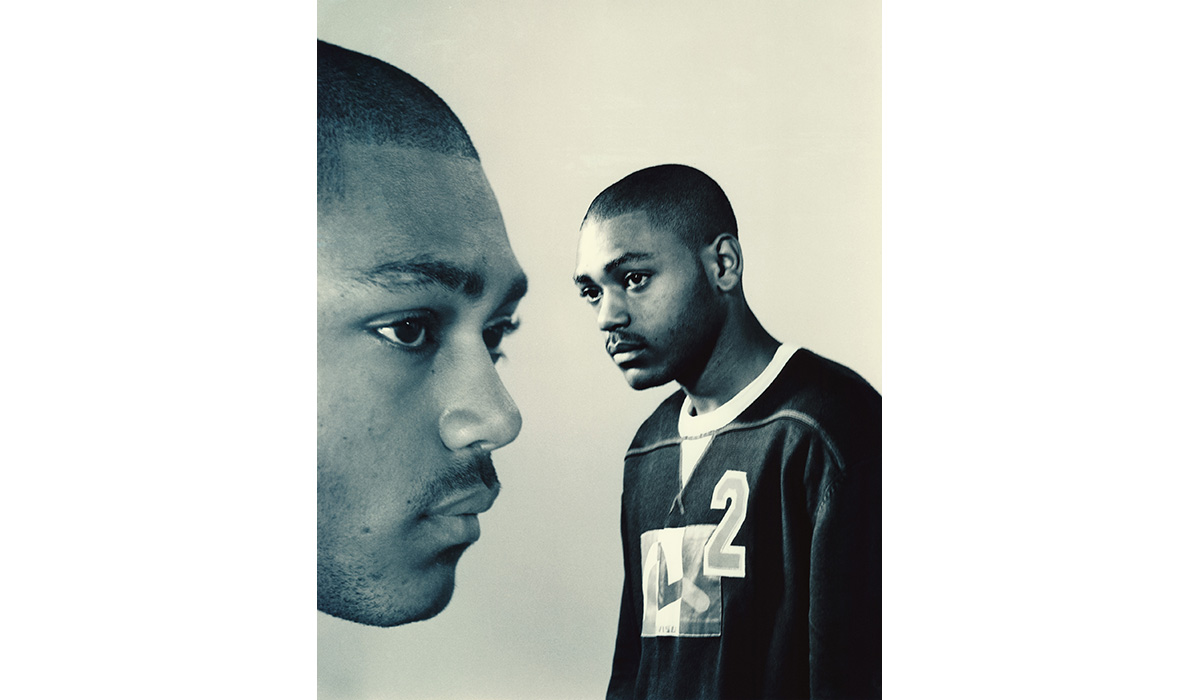 Kane Brett Robinson better known as Kano raised by Jamaican parents, is a rapper, songwriter and actor from East Ham, London. A significant contributor to grime music, Kano is widely considered one of the pioneers of grime music and culture, alongside artists such as Wiley and Dizzee Rascal. In 2004, Kano released his debut single "P's and Q's", which was an underground hit within the grime community.

Kano's London Town (2007) featured his highest-charting single "This is the Girl" featuring Craig David. After signing to Parlophone, and six years without a studio release, Kano released his fifth album Made in the Manor (2016), Kano's most successful album to date. It was critically acclaimed by music critics and charted at number eight in the UK Albums Chart, becoming Kano's highest-charting release, as well as being considered one of the best albums of 2016 by numerous publications. It was shortlisted for the 2016 Mercury Prize and won Best Album at the 2016 MOBO Awards.

He is also known for his acting, most notably playing the role of Sully in Top Boy. 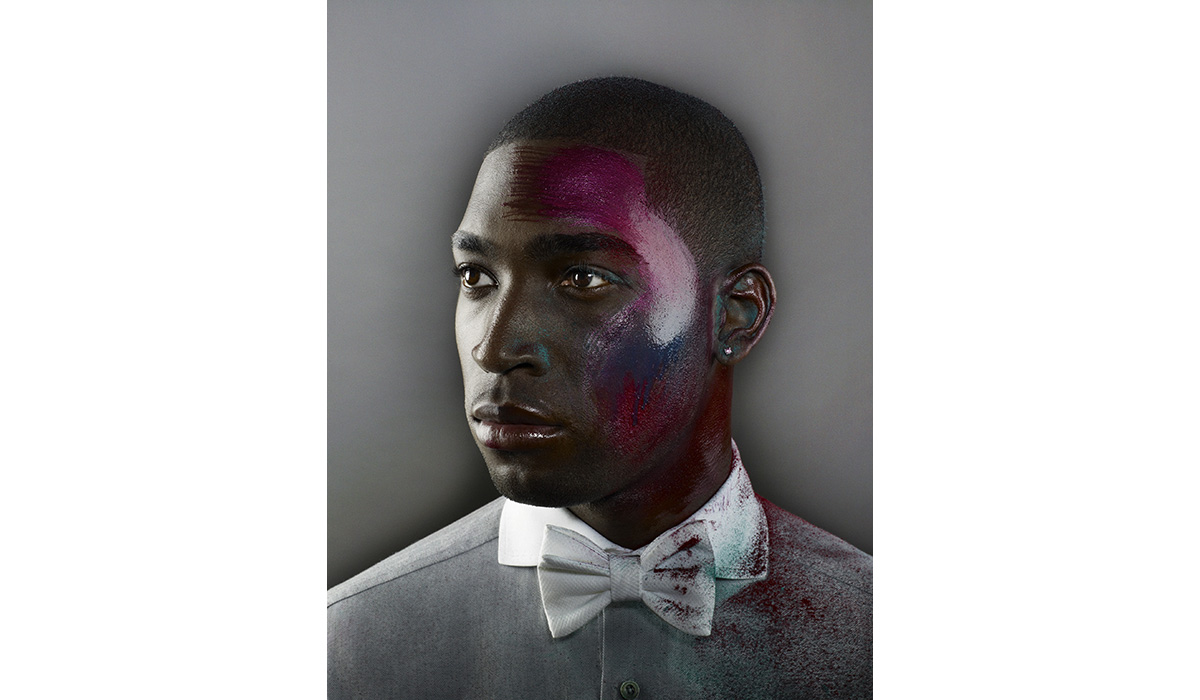 Born Patrick Okogwu in south London to Igbo parents from Nigeria, he adopted his stage name Tinie Tempah while at school. After first finding success with underground singles released through his independent record label Disturbing London (founded in 2007), Tempah was signed by Parlophone in 2009. His debut and number one single Pass Out (2010) was followed by his platinum selling album Disc-Overy (2010), which featured collaborations with Ellie Goulding, Emeli Sandé, and Swedish House Mafia. Tempah won the BRIT awards for British Breakthrough Act and British Single in 2011. Renowned for his sartorial taste, Tempah launched his own fashion brand, What We Wear, and released his third studio album, Youth in 2017. In 2017, he walked the catwalk for Dolce and Gabbana, launched sports-luxe brand What We Wear, and released his third studio album, Youth, which appeared in the charts at number nine. In 2018, he presented a stand-alone collection for What We Wear at Arise Fashion Week in Lagos, Nigeria. 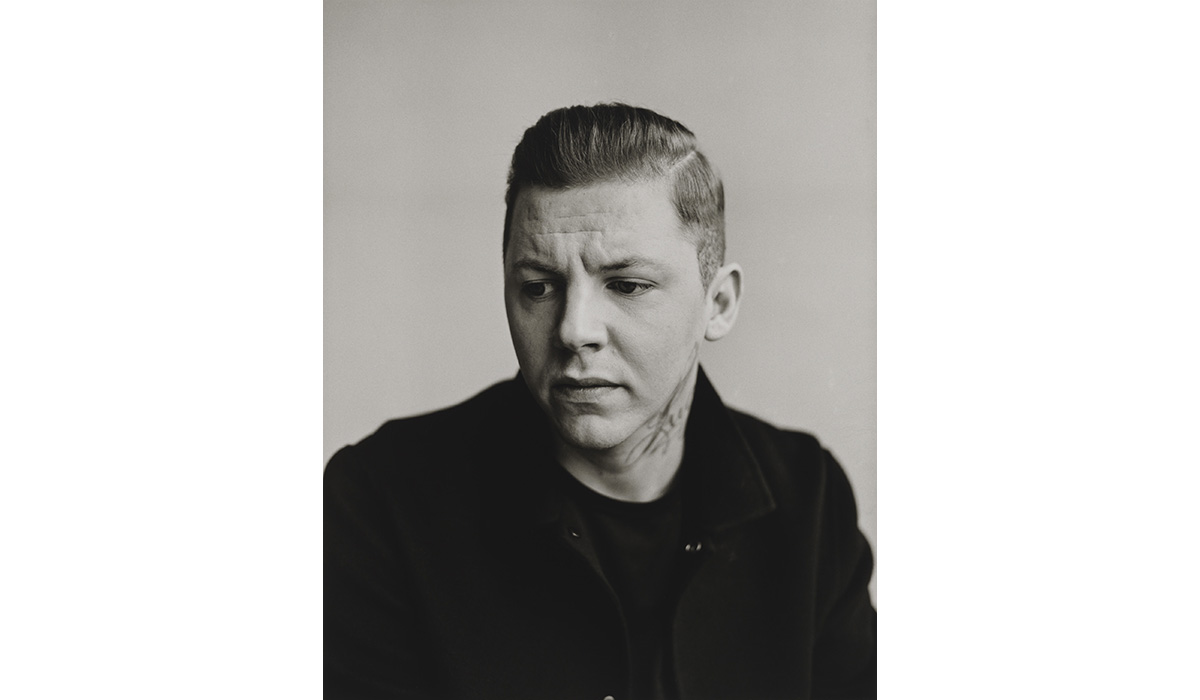 Stephen Paul Manderson better known by his stage name Professor Green, is an English rapper, songwriter and television personality from London. Growing up on a council estate in East London, Green went on to become a multi-platinum artist, with 3.5 million combined sales in the UK. He is the co-host of Lip Sync Battle UK. His autobiography featured on the Times bestseller list and he is the patron of the suicide prevention charity Calm.

In 2006 he released his first mixtape, Lecture #1. He was signed to The Beats, a record label run by Mike Skinner and Ted Mayhem, until February 2008, when the label terminated.  He then self-produced an EP called The Green EP. He rose to success upon winning the inaugural JumpOff MySpace £50,000 battle rap tournament in 2008. Following this he worked with Lily Allen on her 2009 concert tour. 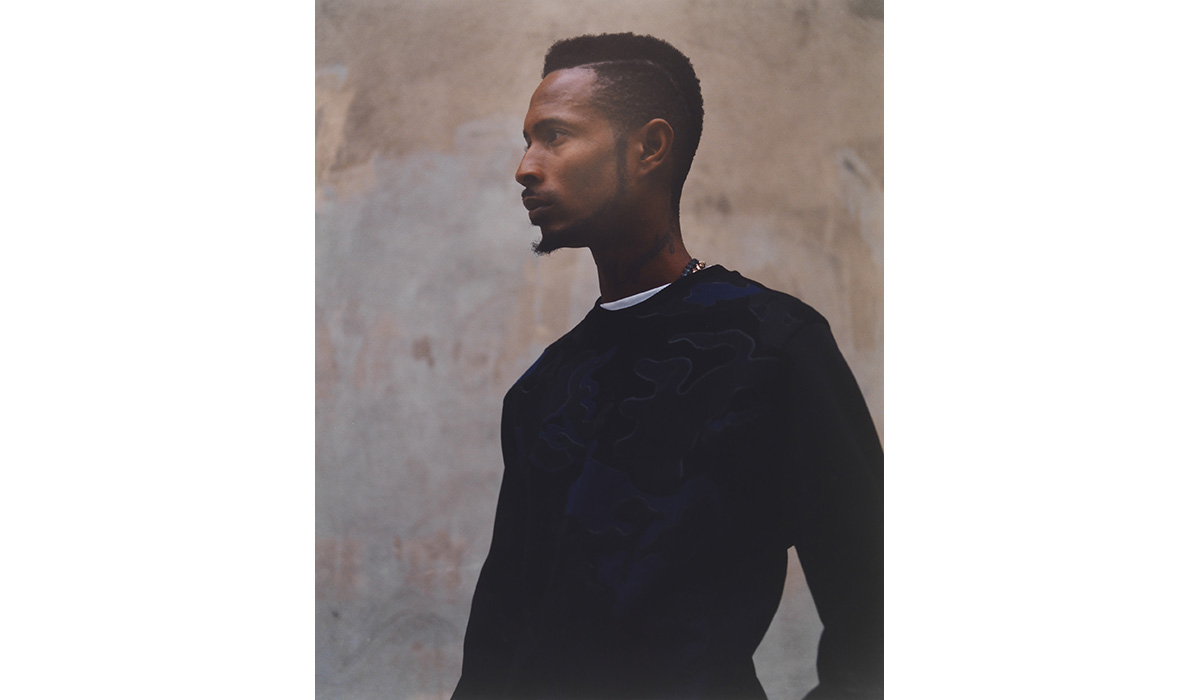 Forest Gate born Darren Dixon, known professionally as D Double E, is an MC who shaped his distinctive tone by rising through the ranks of London's jungle scene in the 90s. He was part of the early grime collective N.A.S.T.Y, before establishing the group Newham Generals. In 2018 he released his debut album Jackuum! on his own label, Bluku Bluku Music. Fellow MC Skepta  named him as the ‘greatest of all time’, and Dizzee Rascal said he was one of the artists who inspired him to start MCing. 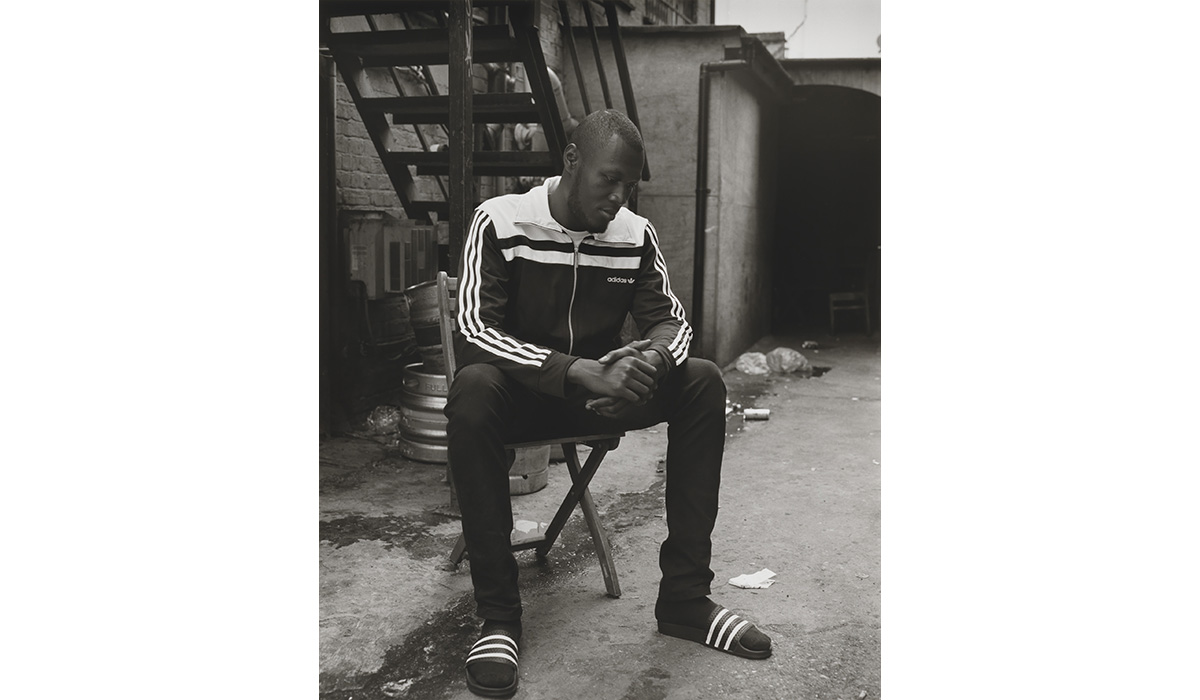 Born Michael Ebenazer Kwadjo Omari Owuo Jr. in Croydon, Stormzy began rapping aged eleven and gained attention on the underground music scene through his Wicked Skengman freestyles. His debut EP Dreamers Disease was self-released in 2014. It became the first freestyle to reach the charts and earned him the Best Grime Act at the MOBO awards in both 2014 and again in 2015. His album Gang Signs & Prayer entered the UK album charts at No.1 in March 2017 and won best album at the Brit Awards. Stormzy is a strong and active supporter of minority groups and is currently funding two scholarships at Cambridge University. He has also announced a new writer’s prize for authors under 30 years of age. 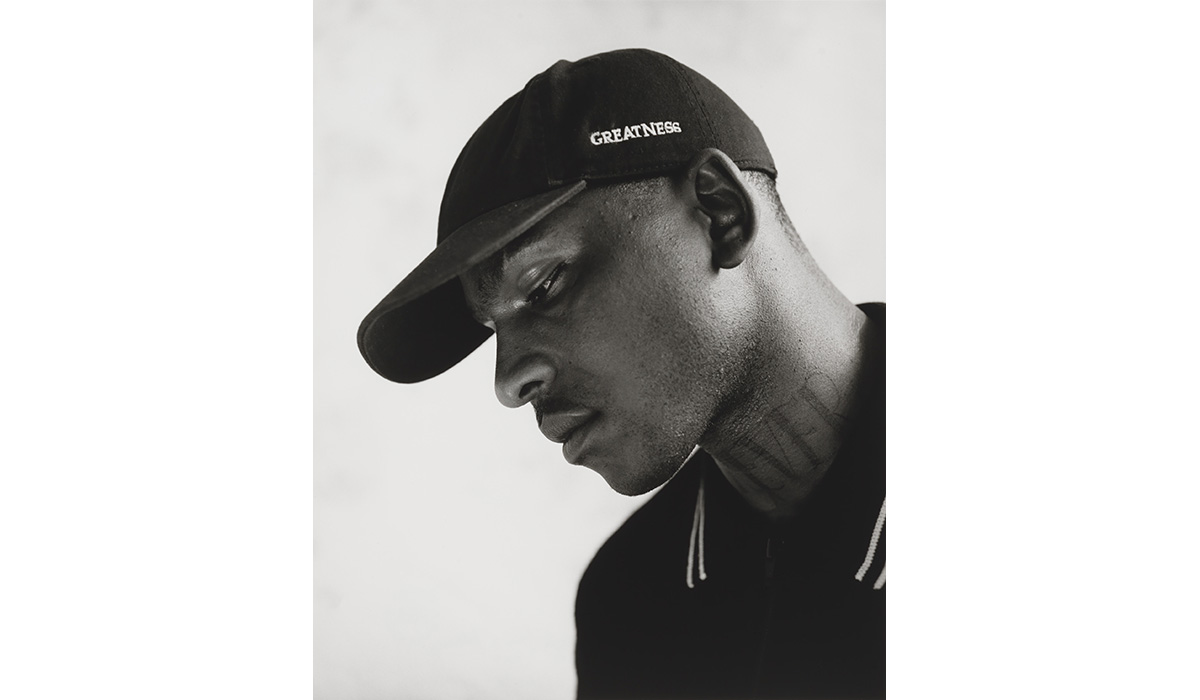 Joseph Junior Adenuga, better known as Skepta was born to Nigerian parents and is a MC, rapper, songwriter and record producer from, Tottenham North London. Skepta, alongside his younger brother Jme, joined Roll Deep for a short period of time before becoming founding members of Boy Better Know in 2006.

Skepta released his debut studio album Greatest Hits in 2007 and his second album, Microphone Champion in 2009, both independently; while his third studio album Doin' It Again was released in 2011 by AATW. Skepta's fourth studio album, Konnichiwa (2016) won the Mercury Prize. In 2019, he released Ignorance Is Bliss which charted in fifteen countries.

His influence on contemporary British popular culture as a key figure in the grime scene saw him appear on Debrett's 2017 list of the most influential people in the UK. On 4 April 2018, he was installed as a chief in his Nigerian hometown in Ogun State, receiving the chieftaincy title of the Amuludun of Odo-Aje.