April 2014 marks the one hundredth anniversary of the birth of Sir Alec Guinness. Born in Paddington, London in 1914, Guinness worked briefly as a copywriter for an advertising agency before deciding to pursue an acting career. 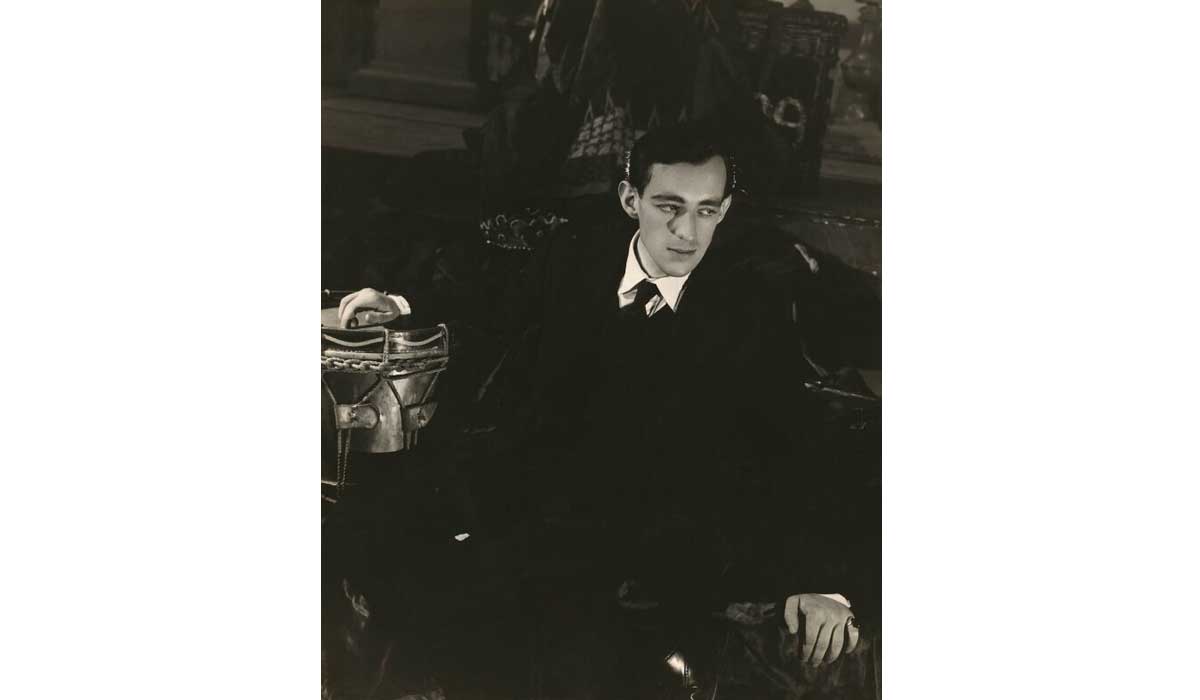 Guinness’s first significant theatrical part was as Osric in John Gielgud’s production of Hamlet at the New Theatre in 1934. He quickly established his place in British theatre and acted in many of the classics including Twelfth Night, Richard II, The School for Scandal and Trelawny of the ‘Wells’. This portrait shows Guinness in the role of Hamlet at the Old Vic, directed by Tyrone Guthrie. The modern-dress production was considered by many to be the pinnacle of Guinness’s performances up to that point. 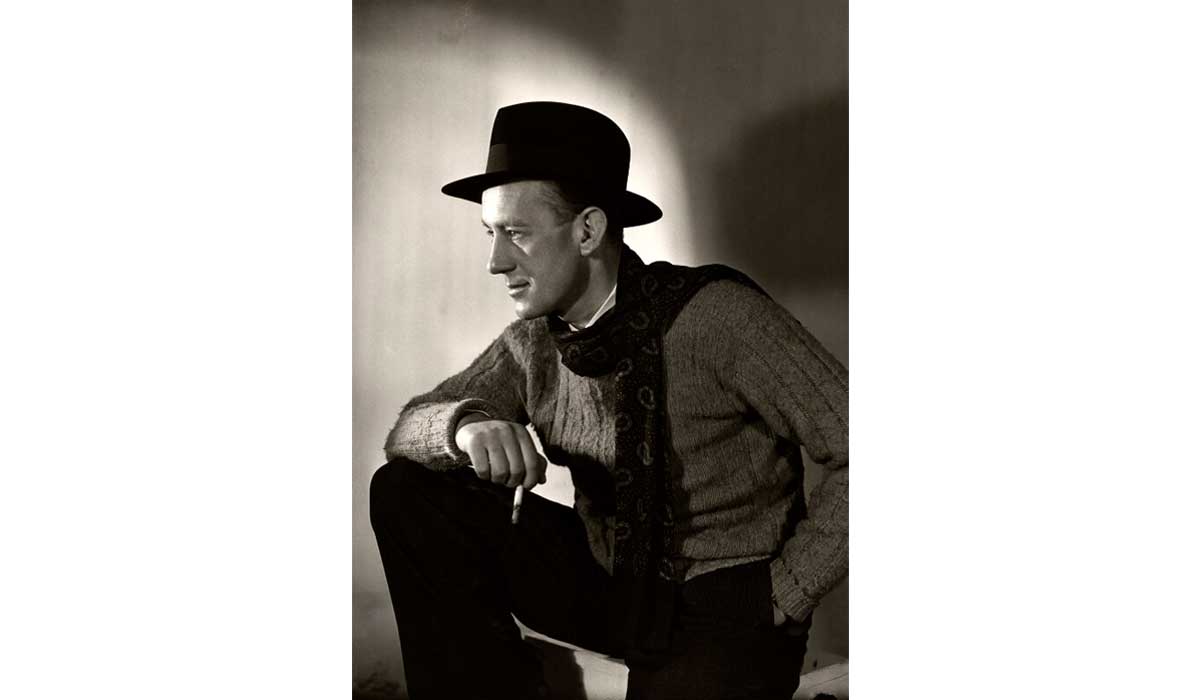 During the war Guinness served with the Royal Naval Voluntary Reserve (RNVR). He was temporarily released in 1942 to play the role of Teddy in Terence Rattigan’s Flare Path and then returned to the navy. This portrait was taken shortly after Guinness was released from service. Gordon Anthony described Guinness as ‘one of the most non-actor personalities I have ever met, for he is as simple and charming as his film personalities are complicated and diverse.’ A variant pose from this sitting was published in The Tatler and Bystander, 22 May 1946. 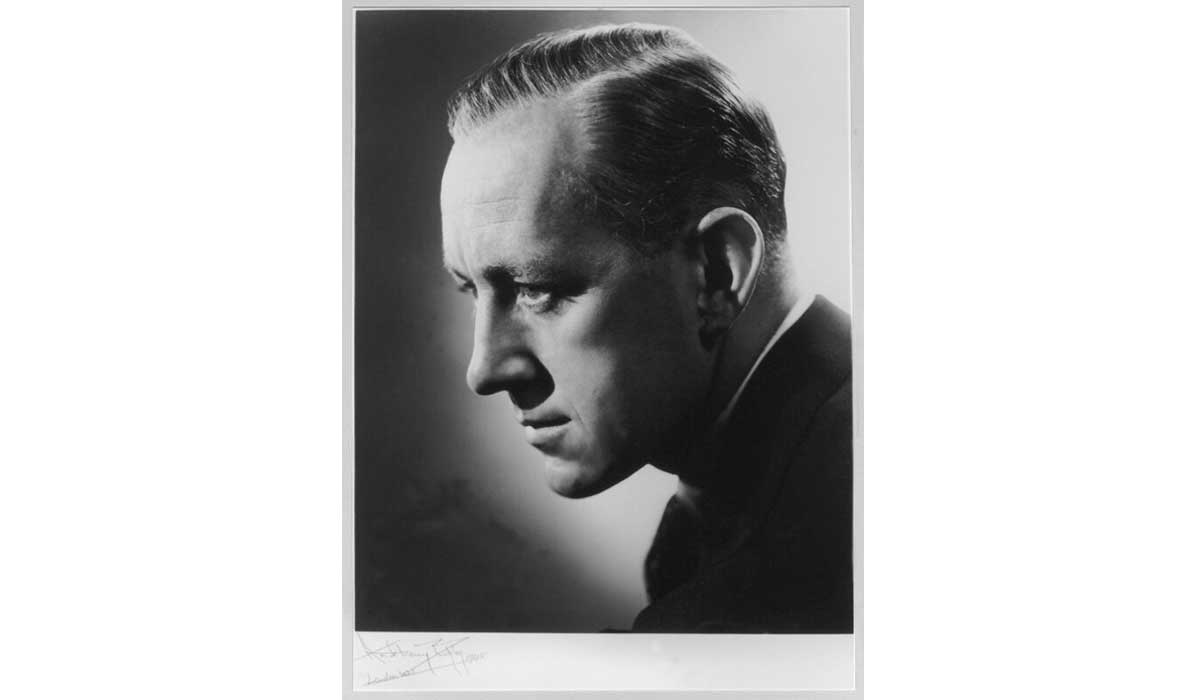 With the end of World War Two, Guinness returned to acting and in 1946 he was cast in his first film role playing Herbert Pocket in David Lean’s version of Great Expectations. The cast included John Mills, Jean Simmons and Valerie Hobson. Guinness worked with Lean again in 1948 when he was cast as Fagin in Oliver Twist. Lee Miller photographed Guinness for the April 1947 issue of Vogue. 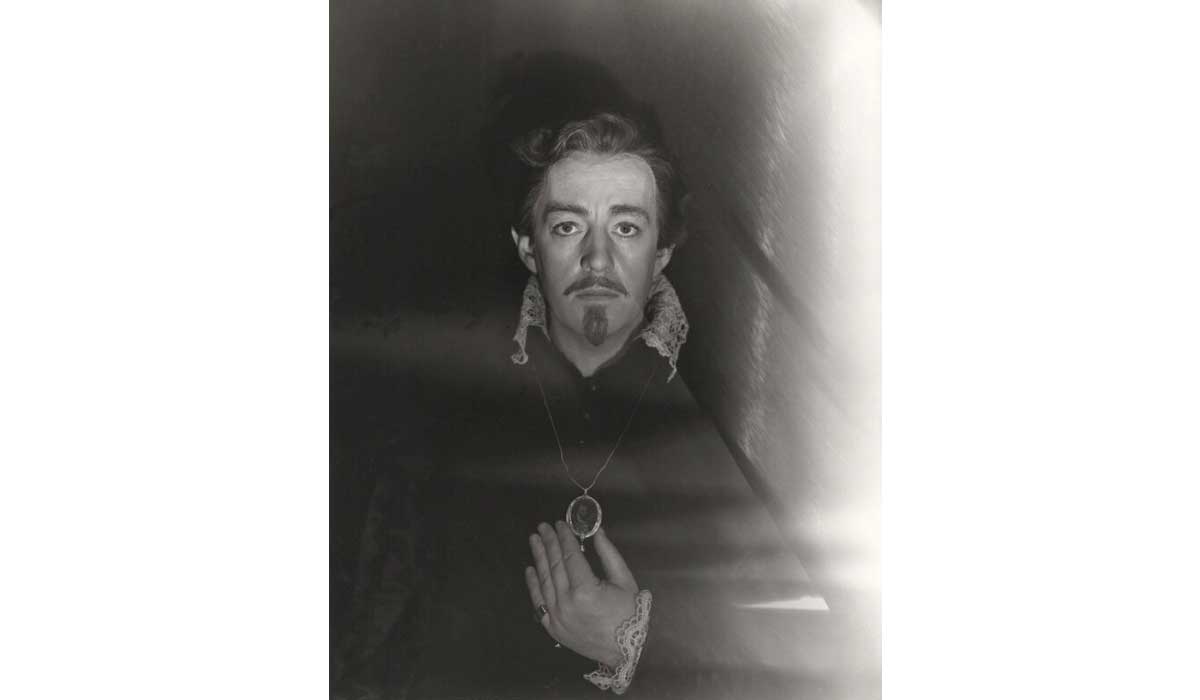 In 1951 Guinness performed the role of Hamlet for the third time, this time at the New Theatre and directed by himself. Among the cast selected by Guinness were a young Robert Shaw (for whom Guinness also secured a role in The Lavender Hill Mob) and the twenty-four year old theatre critic Kenneth Tynan. The play was a critical failure and Guinness himself described it as a ‘theatrical nightmare’ in a diary entry in 1979. 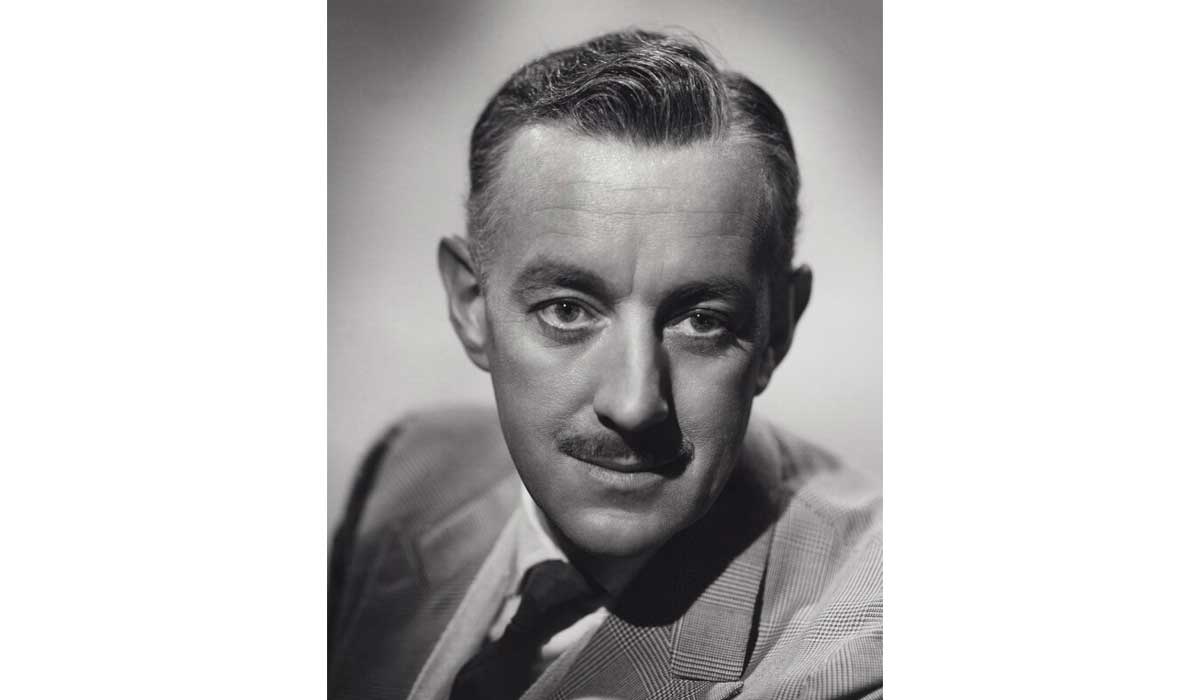 Guinness was a central part of the success of the Ealing Studio’s comedies in the 1950s, with hits including Kind Hearts and Coronets, The Man In the White Suit and The Lavender Hill Mob. The films demonstrated his chameleon-like abilities to inhabit a wide-range of roles and gave him great scope to explore and develop his skills for character acting. Highlights from the Gallery’s collection of portraits by Cornel Lucas can be viewed here. Considered the last of the great Ealing Comedies, The Ladykillers saw Guinness take on the role of Professor Marcus who leads a gang of criminals in a plot to rob a bank-van. The plot is hatched from the spare room in an eccentric old lady’s house. The film had a star-cast of character actors including Peter Sellers in his first film role. It was nominated for the Academy Award for Best Original Screenplay in 1956 but was beaten by Interrupted Melody. 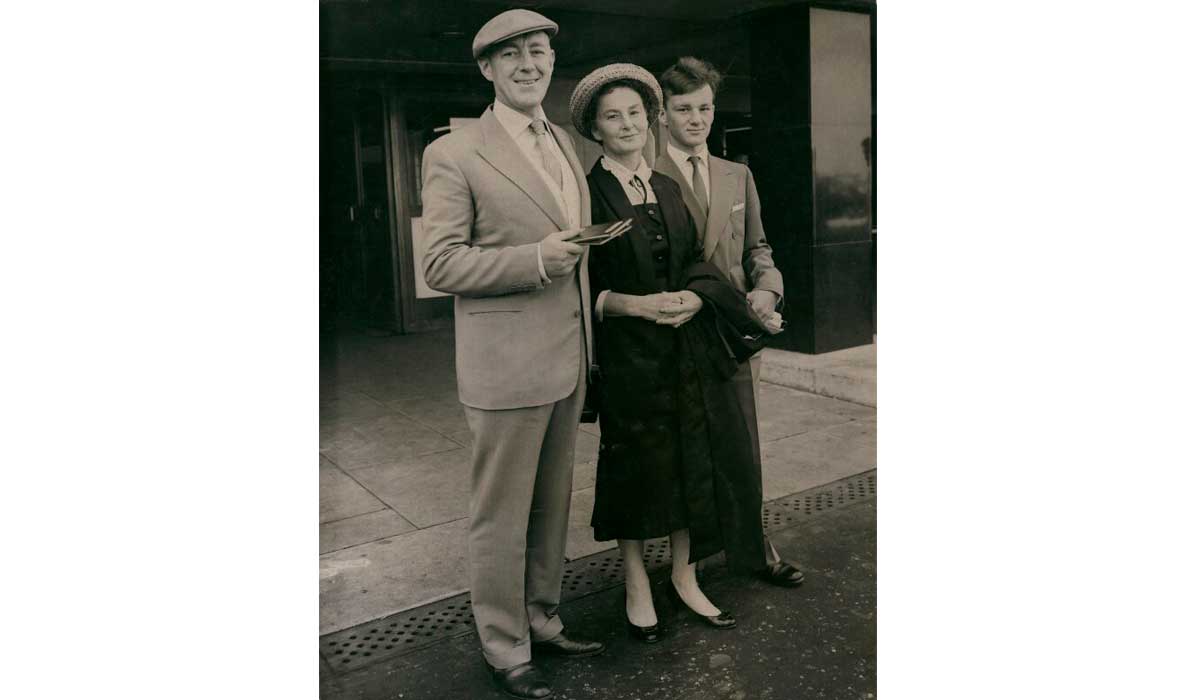 In 1938 Guinness married Merula Silvia Salaman (1914-2000) whom he had met in 1935. She had studied at the Slade School of Art and had exhibited alongside Picasso and Braque, among others. She later became an actress and met Guinness during a production of Noah in which she played a tiger and Guinness played the part of a wolf. She retired from the stage soon after they married and remained Guinness’s steadfast companion for over sixty years. The couple are shown here with their seventeen-year old son on the way to a holiday in Majorca after Guinness had completed filming the Ealing Studio comedy Barnacle Bill. 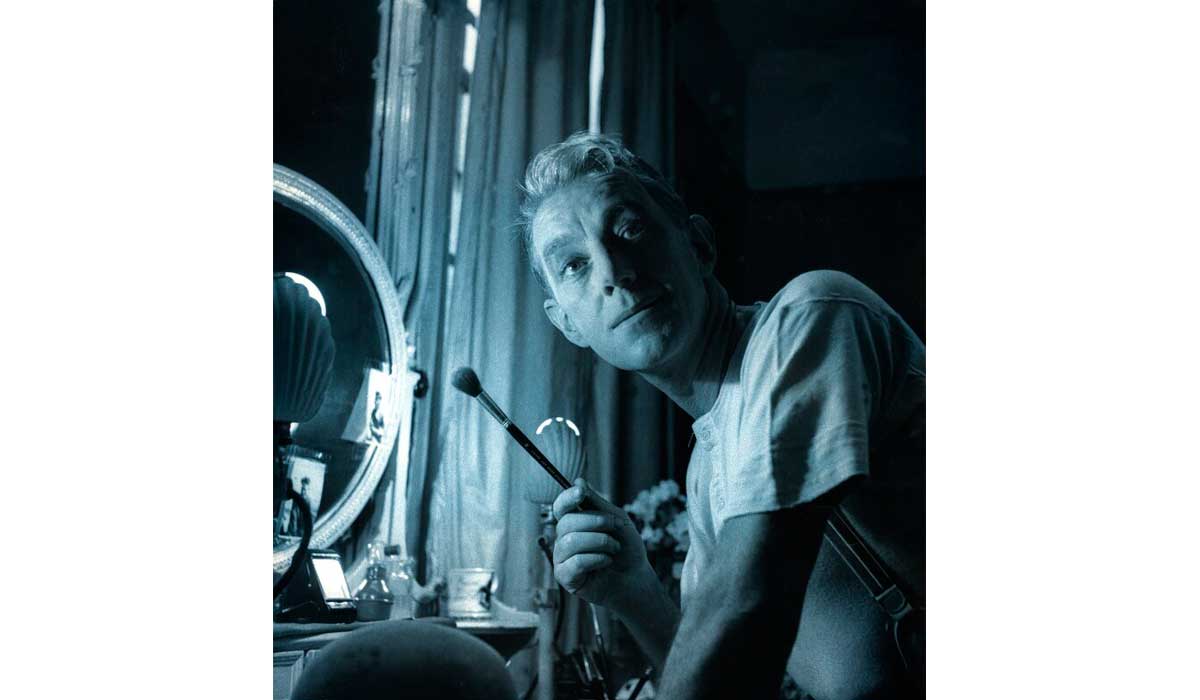 In 1960 Guinness appeared in the lead role of T.E. Lawrence in Terence Rattigan’s new play, Ross. Guinness was later given the small part of Prince Faisal in the 1962 film Lawrence of Arabia, whichstarred Peter O’Toole. He is shown here in his dressing room preparing for his performance in Ross at the Theatre Royal, Haymarket. 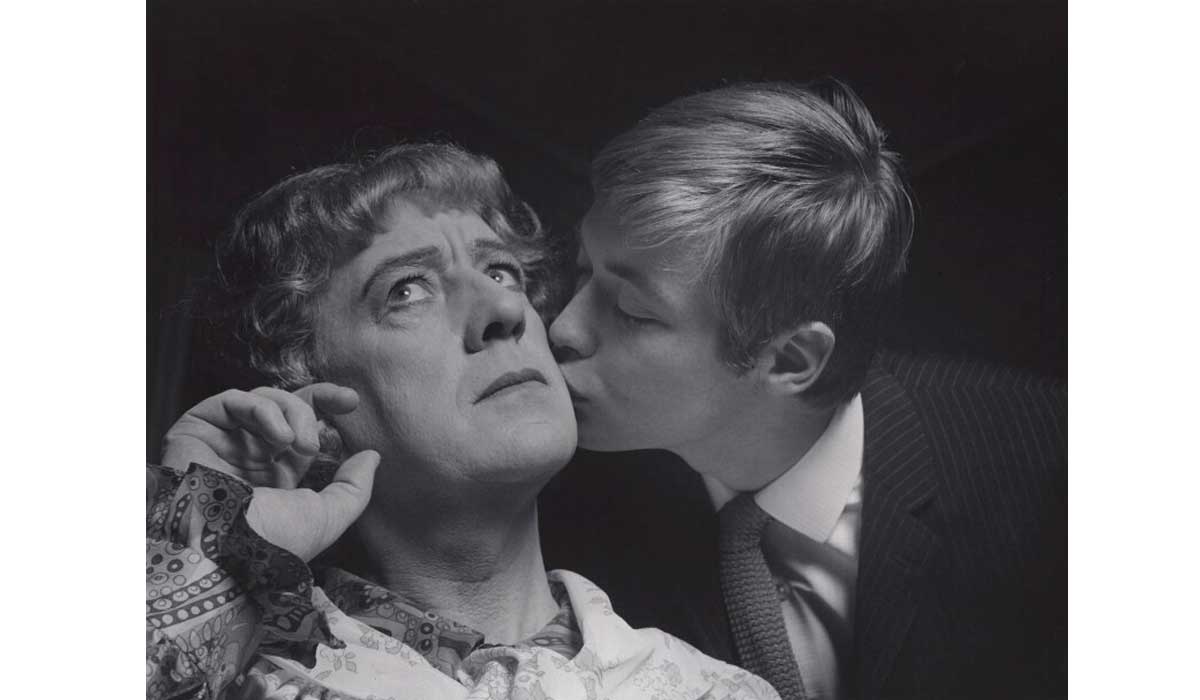 During the 1950s Guinness had turned his focus towards film roles, although he had continued to perform in a number of important plays. In the 1960s his interest returned to the theatre and he played significant roles in Arthur Miller’s Incident at Vichy (1964) and John Mortimer’s A Voyage Round My Father (1969). In 1967 he took on the part of Jock Masters, a criminal who is blackmailed into impersonating a boy’s mother, in Simon Gray’s Wise Child. Guinness is shown here alongside Simon Ward who played the boy, Jerry. In the 1970s Guinness found a new audience with his portrayal of George Smiley in the television serialisation of Tinker, Tailor, Soldier, Spyand its 1981 sequel, Smiley’s People.He rose to international fame in 1977 with the role of Obi-Wan Kenobi in Star Wars which he reprised in The Empire Strikes Back (1980) and The Return of the Jedi(1983). In 1985 he published the first of three memoirs, Blessing in Disguise.